Say what you will about Chiappa—they’re crapmetal, they make ugly guns, they make really ugly revolvers, they’re Italian (not something you hear much when talking about Beretta lookalikes but we’re sure this will come up)—they make .22s fun. 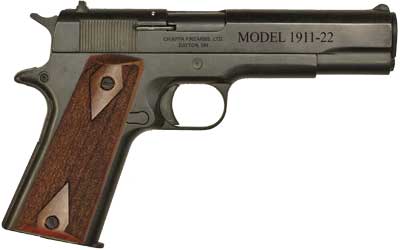 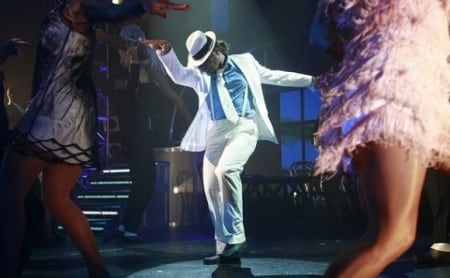 That’s sort of a deal since they can do it for so little.  By not sharing any of the design, by using a fixed blowback barrel, and by using alloys essentially wherever and whenever possible, Chiappa 1911 retail for around $250.  The last time a 1911 .22 kit sold for that little Micheal Jackson was still spinnng and people thought it was cute how the music video of Smooth Criminal had those kids in it. 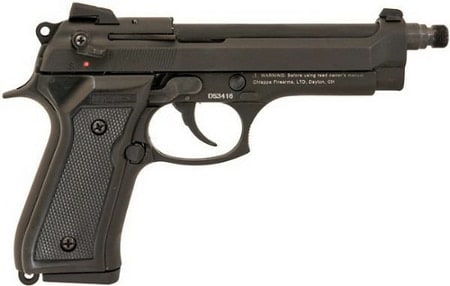 We can just admit it, part of the esteem of 1911s is that they’re expensive.  Tricking them out in different calibers has less to do with being economical with regards to ammunition and more to do with idle hands.  Chambering anything in .22 most of all, since .22 is a valid cartridge for having too damn much fun. 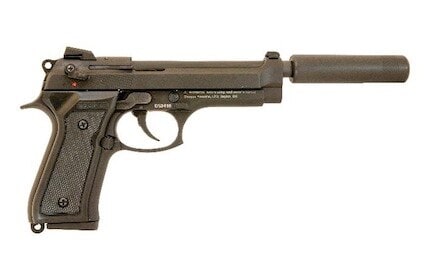 Everyone should have a .22 something, since .22 is the perfect spot between super-cheap and still lethal.

Being the same size, and featuring the same controls, Chiappa’s 1911 satisfies that .22 lust and still counts as 1911 quality time.  And now they’ve moved on to a new target audience: Beretta folk. 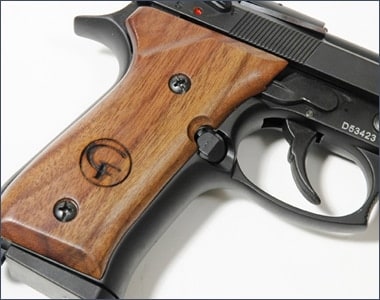 The M9/92 is a very popular pistol, much for the same reason as the 1911: its use by the military.  It’s also a duty gun for a good number of other agencies, particularly police.  It has a dedicated following and has a big aftermarket. 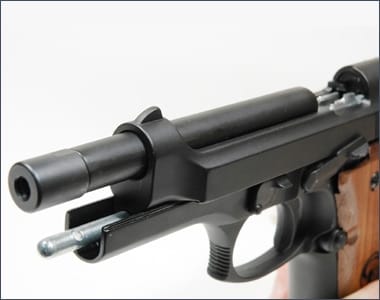 Part of that aftermarket includes .22 conversion kits, but like 1911 conversion kits, they sell for more than whole Chiappa .22s.  Yep, the MSRP for the Chiappa Beretta lookalike starts at $379, and you know it will sell for less.  There are three different models in the works, a base model with adjustable sights and wood or polymer grips, a polymer-gripped version with Novak-style fiber optic sights, and a “tactical” version with an extended, threaded barrel and fake can. The gun’s size, controls, and looks: 100% spot-on.  It actually weighs a little more than an M9, so your arms will get tired before the, ahem, recoil of all those .22 long rifle bullets gets to you. 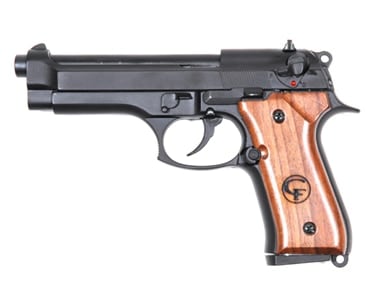 So hat’s off, Chiappa, you’ve made what will undoubtedly be one of the most popular Beretta clones (if you can call it that) ever made.