Calling turkeys can garner attention in competitions, among friends and especially in the field when hunting. As much as I enjoy writing informative articles about outdoor activities that I love so greatly, I have had a small bit of dread about writing this final installment of the spring turkey hunting series.  There are so many methods, techniques, tools and calls that it seems a fool’s errand trying to cover it in a modest 1000 words.  Turkey calling is an audible and sometimes vocal skill that cannot be taught in the text of an article, no matter how encyclopedic the content or well it is written. 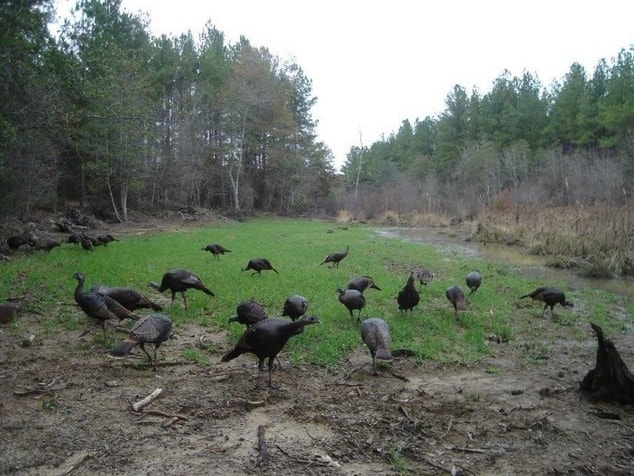 Turkey calling vocabulary is important when learning what calls are useful for what situations.  There are a variety of different outlets on the internet to listen to actual turkey calls that associate them with their common names.

Cluck:  this is a short single used by one turkey to get the attention of another.  This is also used by Toms when a hen is nearby.

Purr:  this is similar in cadence to the purring of a cat.  Just like with a cat, it is an indication of contentment such as when feeding.  This call can lull wary birds into a false confidence and sense of security.

Putt:  this is a dangerous call to a turkey hunter as it is a general single note call of alarm and danger.  It will scatter a flock quickly.  Practice is necessary to make sure that the Cluck call does not too closely imitate the Putt and end your hunt.

Yelp:  this call is a hen call that is used to assemble to flock together.  If the hens are distracting the Toms too much you will need to persuade the hens to come to you instead and lure the Toms with them.

Gobble:  this is for Toms only.  Toms use the gobble as a means to express his territory, his virility and attract hens.  He uses it to show off the same way most of us guys are so fond of doing. 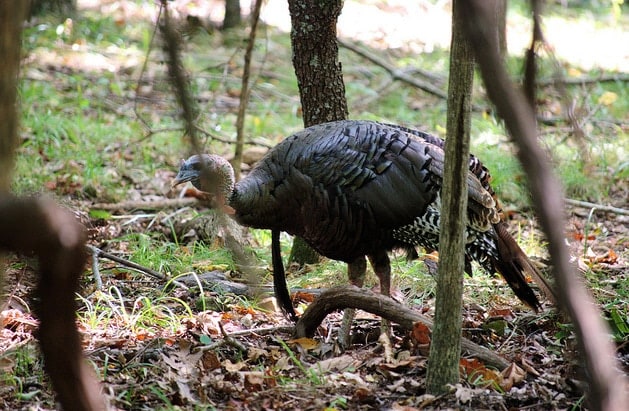 There are those people out in the hunting community who have an amazing God-given gift of being able to call Turkey with just their mouth and hand.  I am not so fortunate and neither are the 99% of the rest of the hunters.  The rest of us are forced to choose from a selection of artificial call devices.  There are numerous types of calls available from a great number of suppliers.  I will focus on the three most common and widely accepted:  box calls, slate calls also called pot and peg, and diaphragm calls. 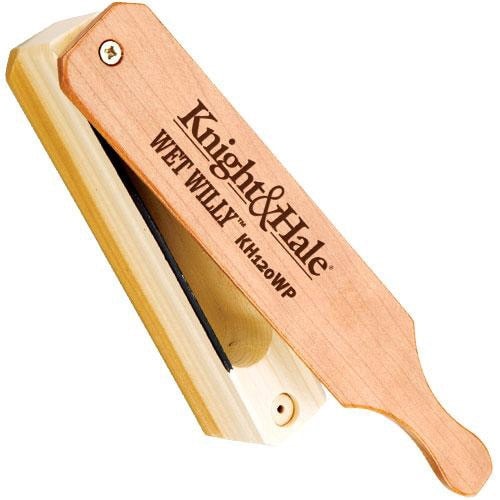 Box calls, requiring two hands to operate, are the traditional favorite of seasoned turkey hunters all across the continent.  These usually carved wooden calls require great care in their maintenance and use.  There are literally hundreds of variations of box calls crafted by artisans nationwide.  Yes, I did use the word artisan to describe those who create these calls.  Many of these intricately carved turkey calls are valued in the thousands of dollars and are made of rare, historic or exotic woods.  These call run from 8” in length down to about 3” on some extraordinarily small calls I’ve seen lately.  They are simple to use, and with a gentle touch can make beautiful calls. 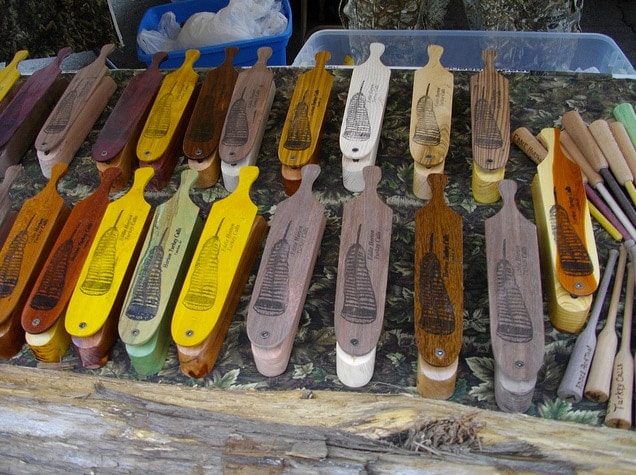 Slate calls, also called pot and peg; usually require two hands to operate also.  These two-part calls require the slate or the pot which can be made obviously of slate, glass, aluminum and plexiglass.  The second part is the striker which is made of varying types of wood, carbon, crystal, or aluminum.  The striker moves across the surface of the pot in rhythmic motions or strikes to create the sound which is adjusted by the pitch/tilt of the pot. 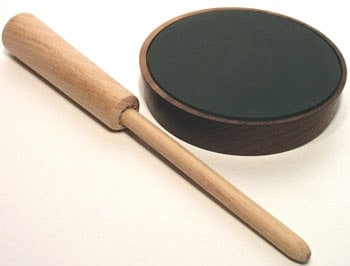 The weather and ease of use are the key reasons for selection of materials.  Slate and wood work best in dry weather and are the favorite.  Glass, crystal and aluminum work best in damp or wet conditions but also be aware that aluminum makes a higher pitch sound.  Plexiglass and plastic products make softer tones and pitches. 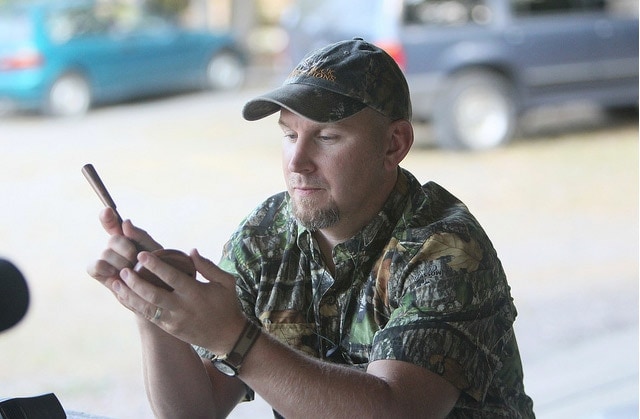 Diaphragm calls are the only hands free calls available on the market outside of electronic devices.  These calls fit in the roof of your mouth and are quite unnatural at first.  They are constructed of a flattened aluminum “U” with a reed usually made of latex stretched between the ends and taped on the edges.  You can count on slobbering a lot and blowing quite a bit of saliva when first learning how to use these so warn your friends and have a towel handy.  You can have a lot of fun with these calls, call your birds, maintain your movement and concealment discipline, and bring home a turkey or two. 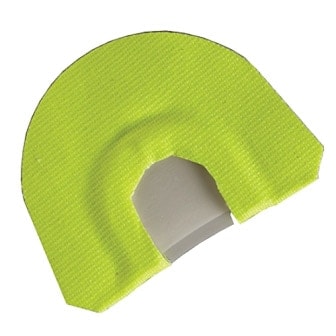 I’ve found the best place to practice the use of the diaphragm call is in my vehicle with an instructional CD playing or just driving down the road.  This way I’m not able to bother anyone with the calling, or screeching depending on who’s listening.  Anyone who has been around a novice caller will quickly tell you that they are worse than a teenager with a drum set. 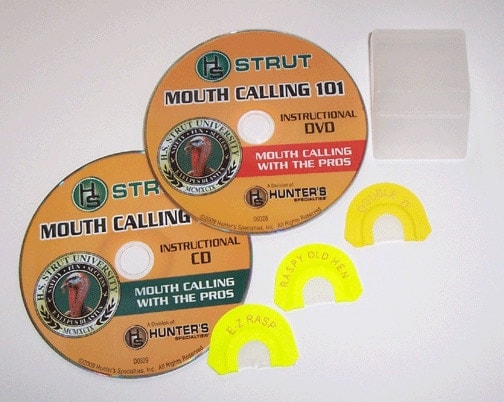 There are numerous other types of calls available such as tube calls, rattle calls, and friction calls.  Check with your local retailer, sporting goods stores, or online to see what is available to you.

Some tips and hints for turkey calling are necessary and important.  Start soft with your calling and if you don’t have a response, then increase in volume and aggression.  You don’t want to scare away any turkey that may be close by when you start out. 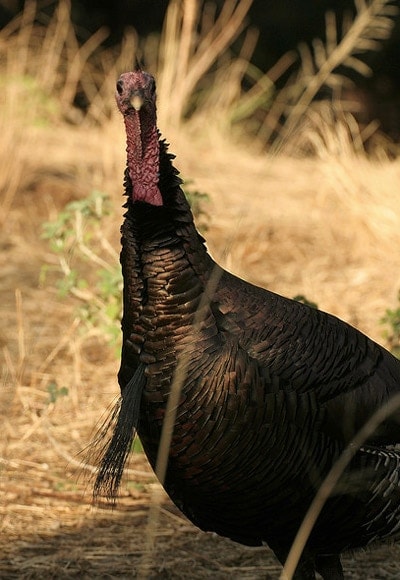 Mix up your calls.  One day a box call may have great success but the very next day the turkeys may only respond to a slate or diaphragm.

If you’re able to hide your hand and not break your concealment discipline, scratch the leaves beside you while purring with your diaphragm call.  It will allow a Tom to believe you to be a feeding, content hen. 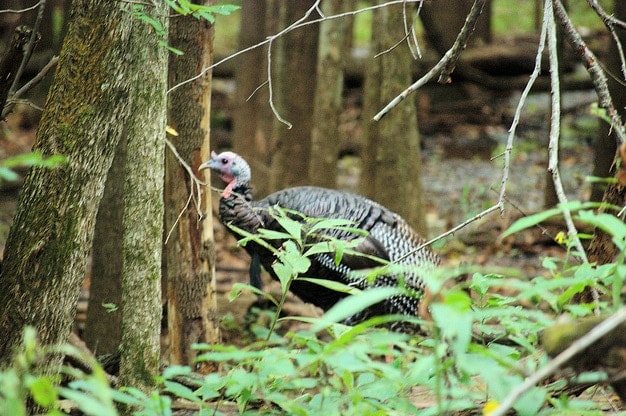 If your Toms are “henned up” and won’t respond to you because of the seductive allure of the hen, call to the hen instead.  Usually the only way to do this is to make the hen angry and come to you looking for a confrontation.  If she yelps at you with five yelps, respond to her with five yelps.  Again, if you don’t get a great response you can increase your aggression and volume.  When she comes to you, she’ll bring the love-struck Tom with her. 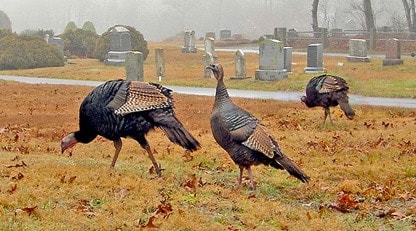 Finally, don’t call non-stop.  You will scare away the turkeys but worse, you will educate them.  There is nothing worse than a flock of turkeys that are well educated about people and hunters.  They are impossible to hunt without extreme effort.

Learn the art of calling through practice, practice, practice.  Make sure you know how to cluck, yelp, purr, and cut.  These four basic calls will aid you and take you a long way in your turkey hunting enjoyment.  Don’t be afraid to talk to other hunters and ask them to teach you what they know.  Again, like Tom turkey, most hunters like to show off what they know.