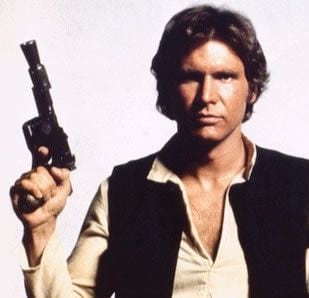 Science fiction largely let the cell phone slip through the cracks and never did so hot when it came to bullet alternatives.  Because, yeah, we have stun guns, pain guns, military lasers, and Tasers.  Just none of them work at all the way our futurists believed.

Take the laser: its largest use is precision cutting.  Yes, we have weaponized it, currently only against missiles and other things that don’t hold up to precision cutting.  Self defense up-close, full-contact stun guns are real, but pan-distance stun rays leave something to be desired. 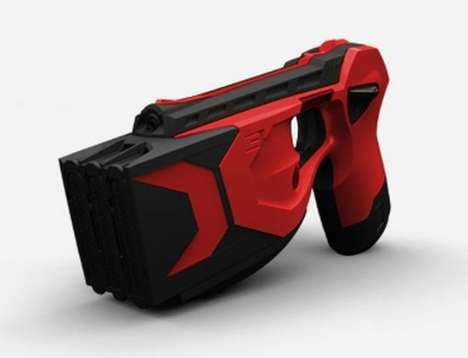 And the Taser is something else.  It’s as awesome, if not more awesome than any ray gun ever imagined; it’s real.  It isn’t a gentleman’s weapon by far.  Getting tased is somewhere between handing your genitals over to someone in the chair and using them to tie off your kite while you nap through this spring shower.  There are cops who have volunteered to get tased who have lasting scars of the mental kind.  Can you imagine getting sick at the sight of a Taser, or at the clicks?  Not a problem for the tased.

When used correctly, Tasers can incapacitate the most out-of-control people.  They’ve been adapted for bears, fitted for shotguns, even set up in automatic batteries for crowd control.  They still have one shortfall.  They, well, they fall short. 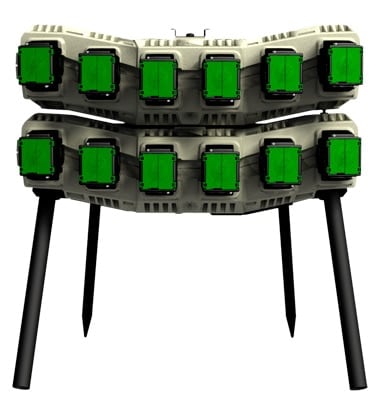 The greatest long-distance Tasers are only good out to about fifty yards.  That distance could be too close for comfort if the person or people you intend to tase is dangerous enough.  What if you really needed to tase someone at about, say 200 feet?

Yeah, that question’s been bugging the researchers at Taser.  That is to say, it bugged them, since that problem no longer keeps them up at night.

Hello.  I’m a Taser grenade. Now you have even more reason to fear a guy with a grenade launcher. 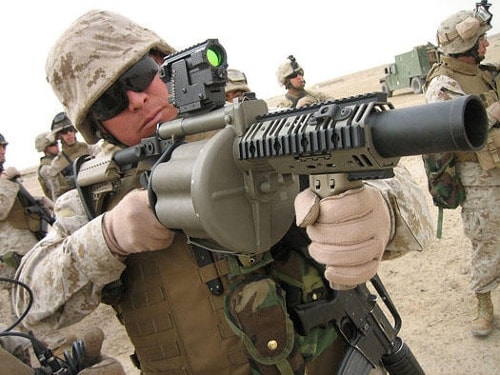 The Taser grenade has one drawback, and that’s that getting hit by one before the effects of the tasing might be a smidge too lethal.  Not a bonus when it comes to less-than-lethal arms.  You don’t win extra points for for finally offing someone.  Because it weighs so much, getting struck by a Taser grenade might kill you.  And then there’s the tasing itself: also a smidge too lethal.

The designers wanted it to be a more long-term tase, sort of a “Don’t tase me, old friend,” kinda Taser.  The side effect of prolonged tasing is, ultimately, getting tased, permanently. 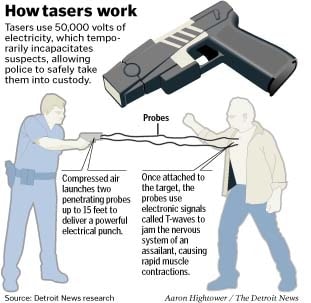 We, on the other hand, wonder if its enough.  Isn’t this just a stop on the road to Taser clusterbombs?  And maybe we’re being too anachronistic, but there’s got to be market space for Taser trebuchets.  You never know when you might need to siege a crowd.  You’ve seen what happens after the Stanley Cup, right?