Two months ago, the U.S. Navy announced that they had set a new world record in laser technology.  They had made the first 500kV free-electron laser capable of burning through 20 feet of steel per second.

This event brought the Office for Naval Research a great deal closer to the dream: a 100+ kilowatt laser, presumably to carve NAVY [heart] ONR on the face of the moon. 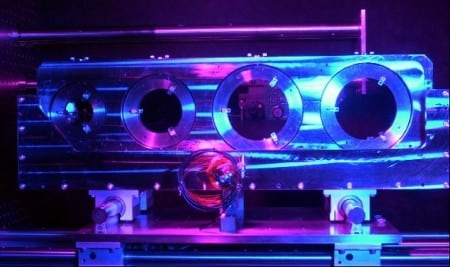 The theory for this technology was propped up in the ’70s and has been cruising along ever since then.  The idea is to use an accelerator to fire a hose of hyper-velocity electrons past two interlaced, alternating banks of electromagnets which cause the electrons to spin off photons at frequencies relative to the magnetic oscillation in the direction of the accelerated particles.  Bam! Just like boxing. 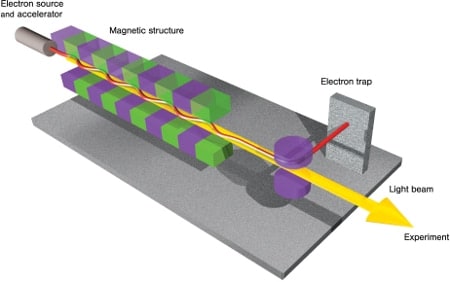 Without pushing the voltage up it would not have been possible to match the amperage needed to make this technology go from watt to kilowatt; the difference between popping corn and columns of fire from the heavens. 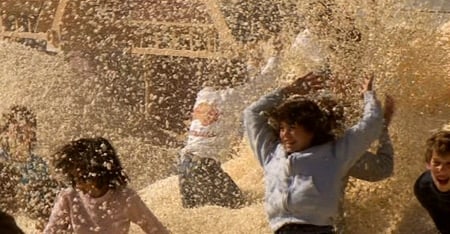 Now the ONR has made the ship-board laser theory pass another test: setting it up on one ship, they fired it at another and “disabled” it.  We don’t really know what “disabled” means but from the video available, it means “Dude, we totally set that shit on fire!”

Yes, the Navy succeeded at setting a biggish outboard on fire with a laser and not torpedoes or really big guns or even a bunch of match heads and a molotov.

To be fair this was a test to see if the HEL would not have some kind of unforeseen reaction with sea spray, and let’s be honest, the guys at ONR don’t get much sun and this is good for them. 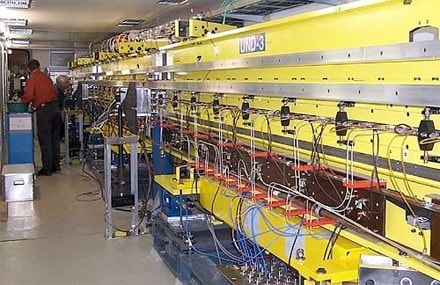 The HEL still has a couple of hurdles.  It needs to be matched with an appropriate power source and it still needs an operating platform; literally some way to aim it.

Then watch out, Somali pirates, because the U.S. Navy will finally have the upper hand!  Also, woohoo, lasers!