There is little else as terrifying as a shotgun that is also hand-held.  In fact, the only peace of mind that comes from being on the wrong side of a shotgun is that, almost without exception, the shotgunner has, like, half a dozen shots and then he’s gotta reload.

Unless he’s got an XRAIL. 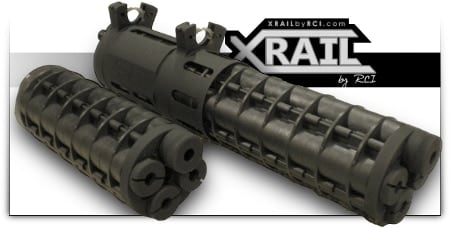 Yes, that Gatling-looking hardware is a replacement shotgun magazine magazine, with for magazine tubes and a full capacity of up to 22 shells in any combination of slugs, shot, and pure bliss you care to load it with.

Clearly this has applications. 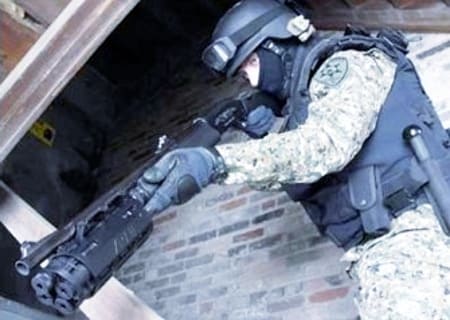 As each tube gets depleted, the XRAIL automatically rotates the next tube into place, bringing an all new perspective to the aphorism, “Load on Monday, shoot ’til Sunday.”

The possibilities are nearly endless and each one is dreadful. 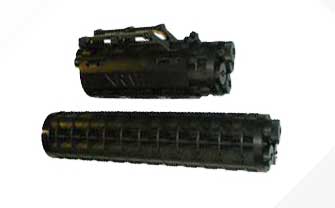 The XRAIL is currently available for Benelli, FN, Mossberg, Remington, and Winchester shotguns, and you can swap parts on it to fit any of the other supported models. 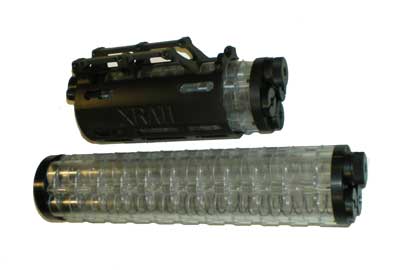 And because it weighs two pounds dry and hangs off the front of your shotgun, you know it will lessen both recoil and muzzle flip, so you can stay on target for all 23 pants-filling shots.  Don’t believe that?  Watch:

Right now, the XRAIL magazine magazine sells from $650 to $750, which makes us sad.  Hopefully, as their production builds up, this price will drop.  Of course, if you’re dumping ammo like that, maybe that’s small change.