Quick: pop quiz time!  What is the difference between a “Pimp Gun” and a “Barbeque Gun”? 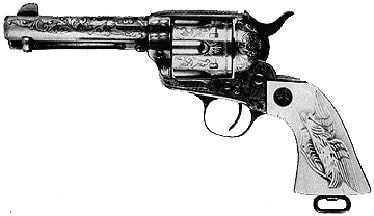 It used to be at least some people had a pretty good idea. General George Patton was well known for his fancy sidearms: a Colt 1873 SAA in .45 Colt and a .357 S&W. The story goes that Patton was being interviewed and talk turned to his “pearl handled” pistols. General Patton angrily corrected the reporter who asked the question and sharply explained that they were ivory. “Only a New Orleans pimp,” Patton snarled, “would carry a pearl handled gun.” 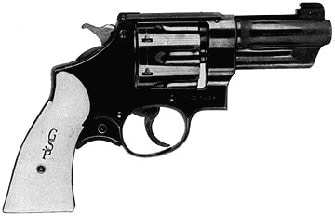 Nowadays, I’m not so sure the distinction is as clear-cut.

On the one hand, “pimp” has taken on a new meaning in addition to its original one. Pimp My Ride was a popular show about restoring and customizing a car, and inspired a bunch of similar shows and websites. There’s “Pimp My Profile” and “Pimp My Safari.” And more to the point, there’s even a “Pimp My Gun.” 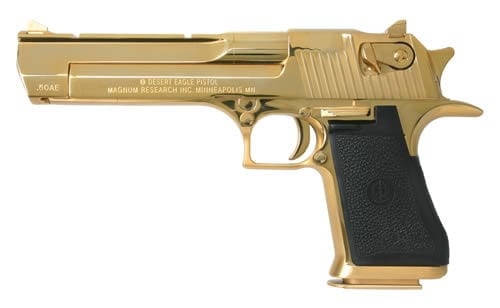 On the other hand, there are any number of makers of ornate and even lavish guns, featuring elaborate engraving, gorgeous inlay work, even gold plating.  Basically if you want it, and can pay for it, you can get it no matter how gaudy it might look to others.

Nothing wrong with that. Folks want fancy guns for showin’ off, more power to ‘em. Keeps skilled craftsmen busy, and as a skilled craftsman myself, I approve of this. There’s a certain status that goes with not only having a fancy gun, but not being afraid to take it out for a walk.

But would you ever actually use such a gun? Or is it just for show? 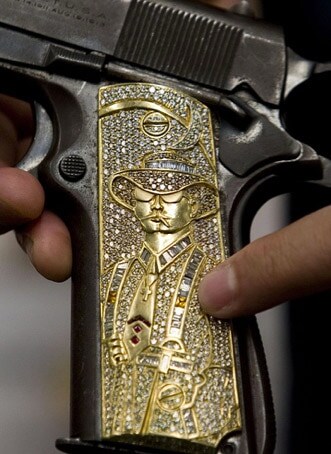 I don’t live the “Barbeque Gun” lifestyle. I ain’t saying that my guns are ugly, mind. But I do have to keep the safe closed up, otherwise the cat gets in there and drags my pistols off to the litter box. 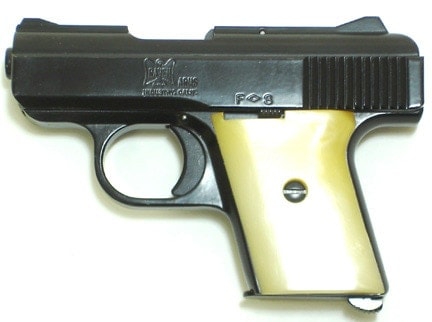 OK, not really. Well, except for the Raven .25. That is one aesthetically challenged gun. I’ve been tempted to drop it in the litter box a few times myself. It looks like it’s been run over. With the condition of the wood grips, it seems to have served as a teething ring for a puppy. No idea how that happened. I hang onto it just to show people what “Saturday Night Special” really meant, back in the day. I think I paid about $20 for it. 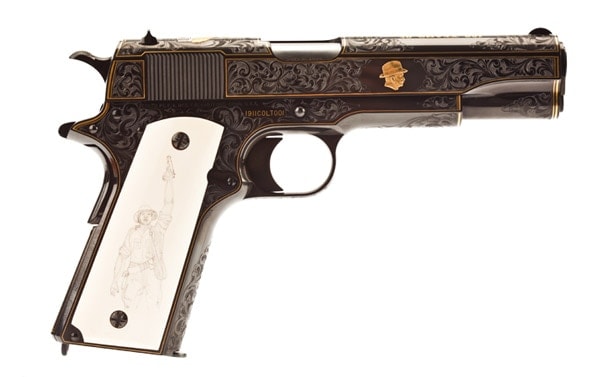 So no, I don’t fit in with the crowd who are bidding on the 1911 Master Engraved Colt 100th Anniversary Edition being sold by the Friends of the NRA. Current bid is over $37,000. It sure is pretty, though, if you go in for that sort of thing.

Most of my handguns are of the standard manufacture variety. Born ugly and built to last. Functional. Well used and well loved. I’ve been this way most of my life. The first handgun I purchased for myself was an old .38 special S&W, which had been chromed (poorly) at some point. The chrome was cracked and flaking in places, but it shot OK and I didn’t pay very much for it. Friends and family almost immediately dubbed it “Jim’s Pimp Gun,” and I took no end of good-natured ribbing for it. 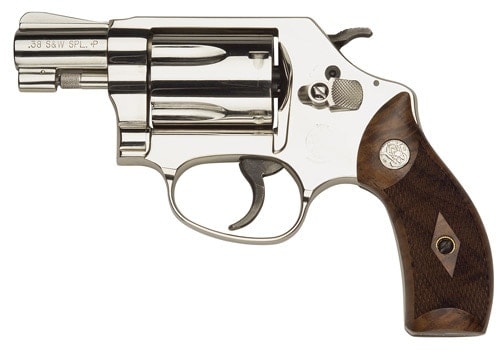 Funny thing, though. When I decided to sell that old chrome .38, it was the same family and friends who wanted to buy it. I think they all thought what I thought: it don’t matter how ugly a gun is when you need it at 2:00 AM. It only matters if it works.

So, what is the difference between a Barbecue Gun and a Pimp Gun? Is it just the pedigree of the owner? Am I forever relegated to the ranks of those who don’t have the necessary class to carry a Barbeque gun? 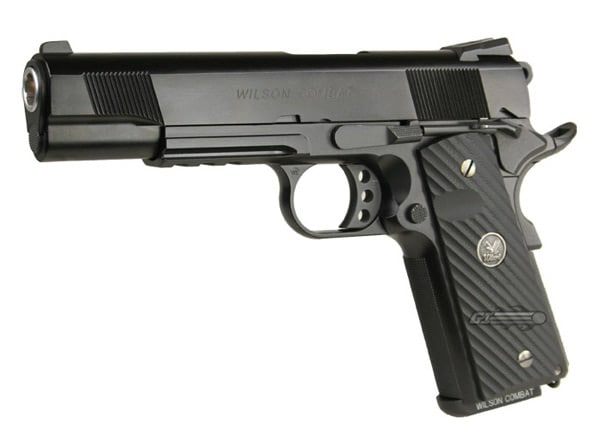 Or is there a real difference in either style or platform? Patton got away with his custom revolvers. How about a nice Wilson Combat 1911, custom tuned and with the trigger just so? Would a Glock ever qualify as a Barbecue gun, depending on the amount of bling you added, or is it just too functional?

Where do you draw the line, not to mention the gun? 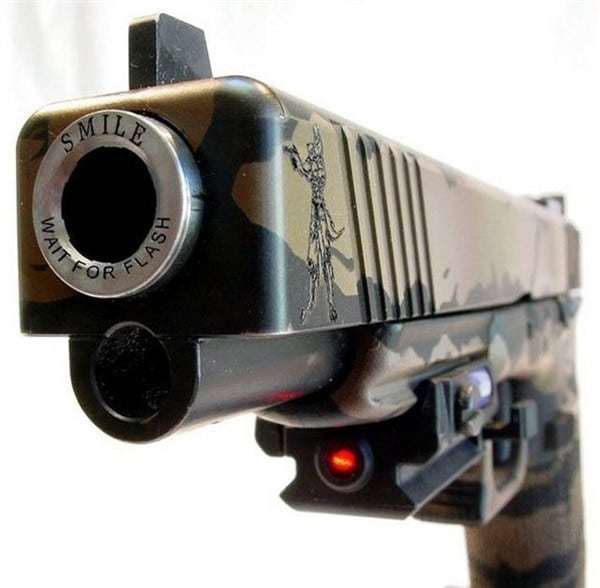