By the Light of a Kerosene Lamp: Modern Day Coon Hunts

In the USA, a young country is rich in heritage and history.  Much of that heritage is wrapped warmly in a blanket of community activities: social clubs, church gatherings and of course hunting.  In respect to the latter, many of us read classic books like Where the Red Fern Grows and marveled at the tenacity of a young boy loving his two coonhounds, “Little Ann” and “Old Dan.”  Part of my youth was molded by this Americana. 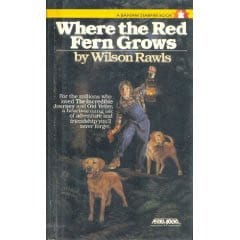 Recently, I was able to partake in the experiences I only read about as a child in that wonderful tale.  I was invited to attend an old fashioned coon hunt with a much older friend.  This friend grew up dirt poor on a rural farm, sharecropping right beside his father and twelve brothers and sisters.  Coon hunting, along with digging potatoes, robbing honey from wild bee hives, and fishing with a cane pole for perch in a creek, were regular aspects of his daily life. 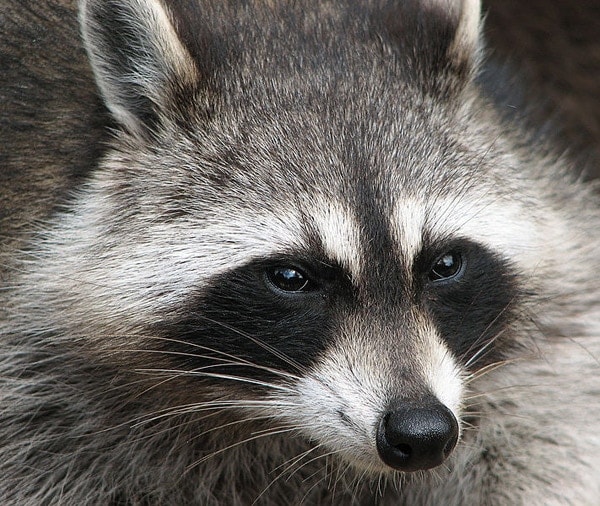 The ploy he used to convince me to go with him was bulletproof: he simply reminded me that my grandfather would coon hunt every night of the week and then work a full day the next day and if coon hunting was something so important to him that he would sacrifice a full night’s sleep over it, than there had to be something magical about it.  I am an adventurous spirit and I do love the outdoors so the thought of walking in my granddad’s boots so to speak was really all the convincing I needed.  We agreed to meet at another friends farm and we would hunt out from there. 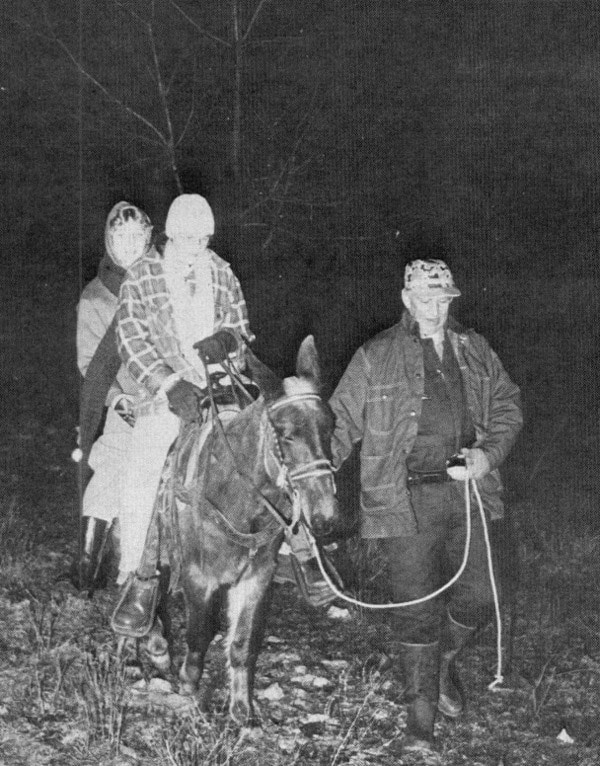 I arrived just after dark, expecting to see a pair of mules hitched to a sideboard wagon, older men in denim overalls and straw hats each holding glass kerosene lanterns, with several highly athletic coon hounds staked out by a tree.  I was close but not completely.  The mules and the wagon weren’t there and the dogs were in galvanized metal transport kennels on the back of a rather expensive 4×4 truck with lights seemingly mounted everywhere.  The denim overalls were replaced by jeans, Gortex and hiking boots.  Ok, so we’re not all made to live up to one of the finest examples of adolescent American literature  but I was sure hoping it would be close. 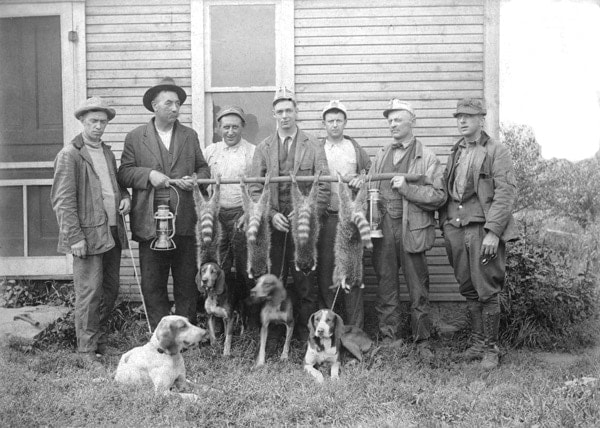 We started along the edge of a creek that was full of water.  My friend warned me that a raccoon could and would drown a fully grown and healthy hound if given a chance.  I wasn’t aware that they were that aggressive and watched the water, all night, wondering what marvel would come next.  Thirty minutes into our walk, we heard the two hounds both start baying.  They seemed excited and a long way off but nobody was running to keep up with them.  Instead we strolled, guns over our shoulders, flashlights in hand, chatting and solving the problems of the world. 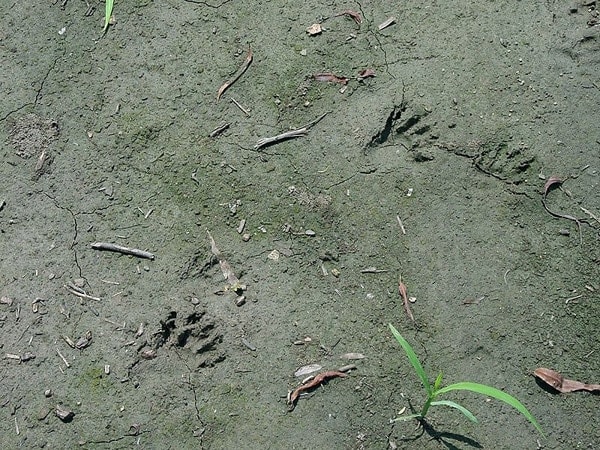 My next lesson was about the baying of the hounds.  Based on their tenor and frequency, the experienced coon hunters could tell what they were doing and why.  The long, slow, bass indicated that they were hunting, off of a trail.  The short, higher pitched, frequent bays indicated that they were on a trail, and finally I heard the excited, rapid-fire bays intermixed with barks and whines.  That mean they had a coon in a tree.

My first instinct was to break into a run and go straight to the dogs but the other two with me just kept strolling.  Sensing my urgency, they both laughed and explained that simply because a coon ran up a tree, didn’t mean it would still be in that tree.  Like squirrels, raccoons are adept at going from tree to tree by traversing their higher and overlapping limbs.  So, we kept strolling and despite my anxiety to “get a move on” we kept on chatting.  We did talk about our shotguns and rifles, and my education continued.  We had a Marlin 922 semi-auto .22 magnum, mine, a tiny “Chipmunk” .22 rifle, and an ancient Savage side by side double barrel .20 gauge.

I assumed that the .22 mag would be sufficient and was told that it was a “bit much.”  I didn’t understand that and I wasn’t told why.  We continued to stroll and listen to the dogs, my anxiety building with every passing moment.  Those dogs had a coon up a tree and I wanted to get there in a hurry.  I finally coaxed my companions to walk a little faster, spit fewer times, and not laugh at my enthusiasm.  These are two great, salt-of-the-Earth men, but I wanted to do more than stroll and chat.

We finally got to a large red oak.  The dogs had knocked away all of the leaves at the base with their circling and jumping up on the trunk.  This old tree was twice as high as the others around it and sure enough, when I panned my light across its bows, I could see two eyes reflecting back down at me.  We had arrived and we had a coon!  The dogs had hunted for thirty minutes and we had “walked” for 45 minutes.  Not bad for such a short time. 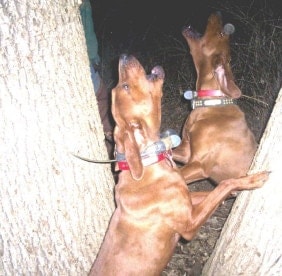 I gripped my MagLight in my left hand holding it parallel to the stock of my rifle and sighted on the raccoon up in the tree.  Little did I know at the time, that I had just stomped heavily on a coterie piece of coon hunting etiquette.  It was not my shot to take and I was told to lower my rifle.  There are protocols for everything, you know.  First, the dogs were leashed and lead completely out of sight, which peaked my curiosity.  Then the dogs owner raised his little chipmunk rifle and shot twice into the air – no where near the raccoon.  It dawned on me quickly what was happening but they did decide to explain it. 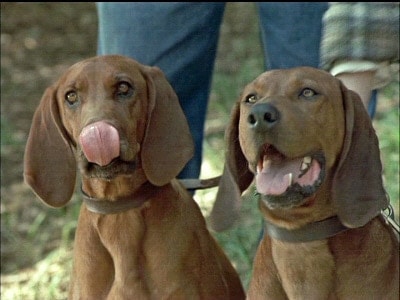 The guns we carried were more for our protection than anything.  Sure, coon hunters often shoot their quarry and many enjoy the taste of a roast raccoon sandwich, but tonight we were being conservationists.  The number of raccoons in this area, while not endangered, is not as high as it once was.  The property owner wanted to train his dogs, and let them enjoy the hunt, all the while keeping the coon safe. 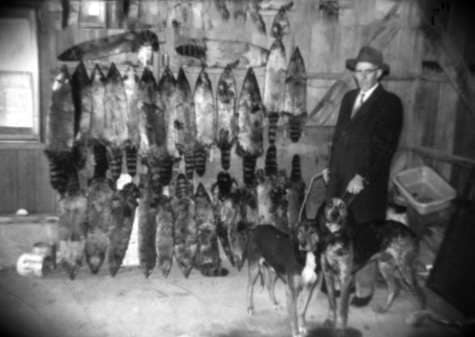 I however, didn’t want to let go of the comment, “the guns were for our own protection.”  There weren’t outlaws, terrorists, or grizzly bears in these woods.

Bobcats were the worry.  By his own admission, he told me that he’d treed more bobcats in the last ten years than he has raccoons.  They are vicious and aggressive animals when treed and can do a lot of harm to a hound and to a hunter.  He said occasionally coyotes will gang up on hounds as well.  Although they are half the size of a hound, in numbers they are dangerous. 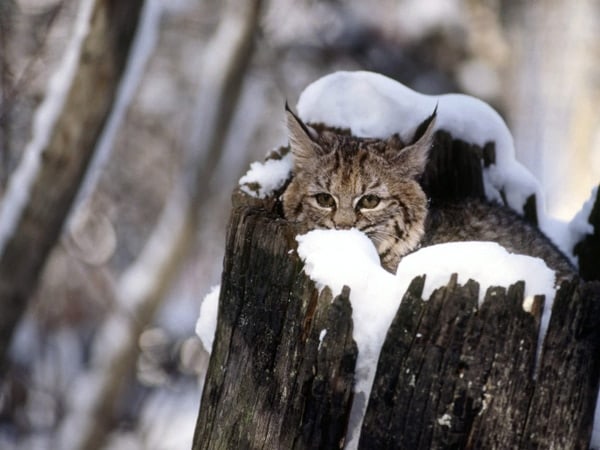 The dogs were staked out, away from sight of the treed coon and the “shots” were fired into the air.  This gives the dogs a sense of finality and he likes to give each dog a large treat of spicy beef jerky afterward.  He told me his dogs have never once put their teeth to a coon they had treed and he wants to keep it that way.  They hunt for the joy of the chase and the jerky reward.  According to their owner, the dogs are smart and should they hunt without reward or experiencing a closure of sorts, they would eventually give up hunting and refuse to go. 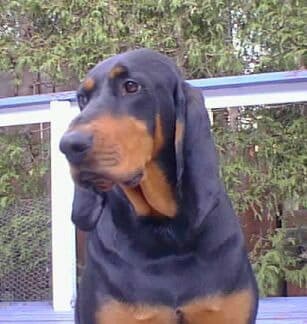 We continued hunting for a few more hours into the very early morning—and really had a grand time.  We didn’t tree any other “masked bandits” that night but we walked and talked for many miles.  If nothing else, it was a wonderful learning experience and was great exercise.  The next time I go coon hunting, I will be better versed in it, more wary of bobcats, and I will know to better enjoy the stroll with my friends.

The bay of the hounds against the stillness of the night and shadows cast by ancient kerosene lanterns decades ago must have been thrilling to experience and I truly hope that these traditions, steeped in modern conservation, will continue.  This was one time when I believe that the chase was so much more important than the harvest and I do hope to go again.