Matt Burkett is an internationally-recognized race gunner.  He’s won the MGM Iron Man Challenge seven times, he’s a national IDPA ESP champion, and has another half-dozen or so European and worldwide victories in his cordite-infused hat.  He’s also been a trainer on Top Shot (if you’re into that sort of thing.)  He also trains everyday shooters if they’re willing to fly out to his shops in Texas or Arizona. 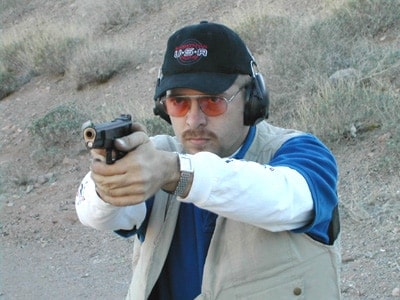 But not everyone can live off prize money, and so he also has a business catering to the firearms elite of three-gun sports.  In particular, his company, Predator Tactical, is renown for supremely high-end 1911s. 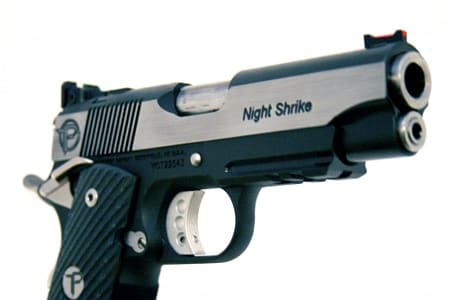 And boy do we mean supreme.

New for April 2011 is the Predator Tactical Night Shrike.  A four-inch Colt Commander-style single-stack .45, the Night Shrike is a lightweight aluminum alloy-framed custom gun with an “ultra” match-grade barrel.  Every single part is hand-filed and fitted to the tightest possible tolerances and the gun is available with either a brushed two-tone or all-black finish.  It has nice Crimson Trace Master Series grips, too.  Oh, and it comes with a T-shirt. 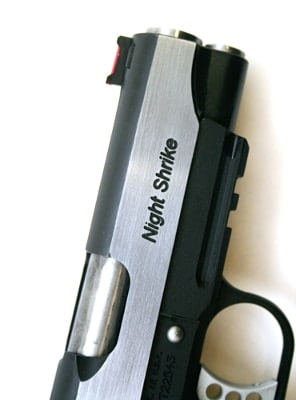 Four.  Thousand.  Dollars.  You better believe it comes with a lifetime, “no B.S.” warranty, a free refinishing, an hour of personal shooting training, whatever damn sights you want, and a T-shirt.

For four grand we’d expect it to have a laser targeting system and wrist nuke, but given those only barely exist and are probably not legal, a shirt will do alright.  It also comes with a spare magazine. 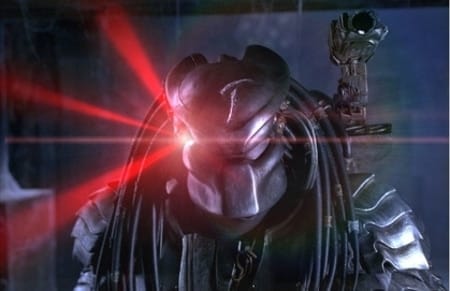 To make certain everything’s in top shape, the guns are broken in at the custom shop, test fired a hundred rounds, and sighted in by a Grand Master.

You know, you hear about people bashing people who stock up on gold, because “In a real SHTF scenario,” guns and ammo, food and water will be the best currencies.  We’re still thinking that this might be a bad investment in that sort of situation.  Do you have any idea how many of those horrible K-rations you get for four grand?  Neither do we but it’s probably enough to start thinking about maybe growing some tomatoes or pickles in the back yard, Jesus. 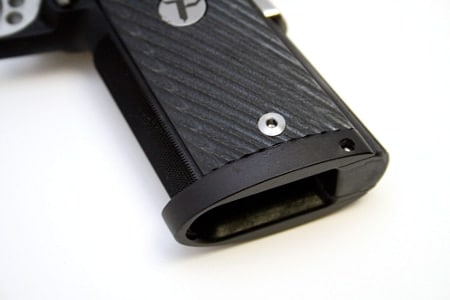 Alright, admittedly, this is probably the best 1911 anyone all of us together has or will ever shoot, and it’s probably the highest-caliber of handgun made since the beginning of history… but for that kind of scratch, wouldn’t you at least want your gun to be a little, well, prettier? 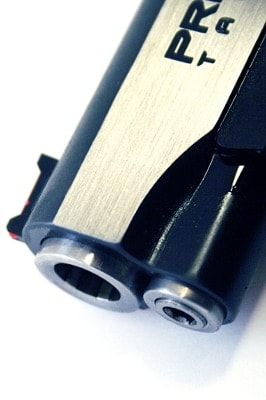