Spearheading An Old Concept: Fishing Guns For the 21st Century

Most evolutionary timelines place particular emphasis on the moment when our quadrupedal predecessors climbed down from trees, rose up on their hind legs to see over the tall grasses, and thereby made their hands available for more historic endeavors. Thanks to the timely (and likely accidental) ingenuity on the part of some of our hairy forefather, our species soon discovered that hurling a projectile at an unsuspecting critter was markedly easier than physically chasing it down.

Fast forward several million years and we now enjoy every ranged weapon from the simple bow and arrow to the .30-06 and beyond.  And since we at Guns.com love all projectile-hurling devices equally, and aim to appreciate each and every one in their full splendor, we thought it prudent to make mention of a weapon that’s an “oldie but a goodie”, and one that has enjoyed a modest global renaissance in recent years. So without further adieu, we give you the speargun. 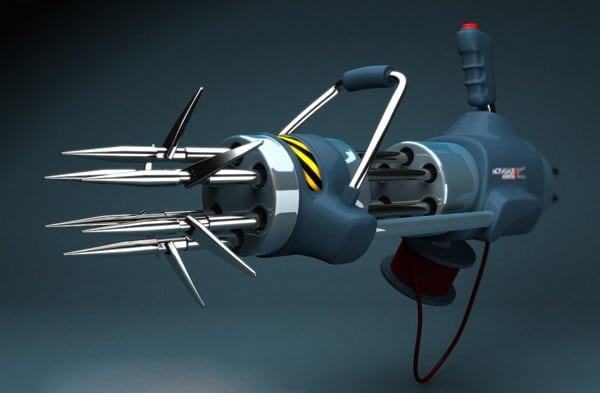 The spear, slightly more complex than a blunt rock, has been employed by humans since time immemorial. In more recent epochs, fisherman worldwide have expanded the principle of the basic spear, developing submarine (as in “under the sea”) guns capable of projecting spears at speeds and distances sufficient to dispatch some of the ocean’s largest gamefish. In addition, spearfishing has been hailed by many as the most environmentally friendly and ecologically sustainable method of harvesting fish; there’s no by-catch, no bait needed, and no reef degradation. In addition, the hunter is able to exclusively target the desired size and species of fish. 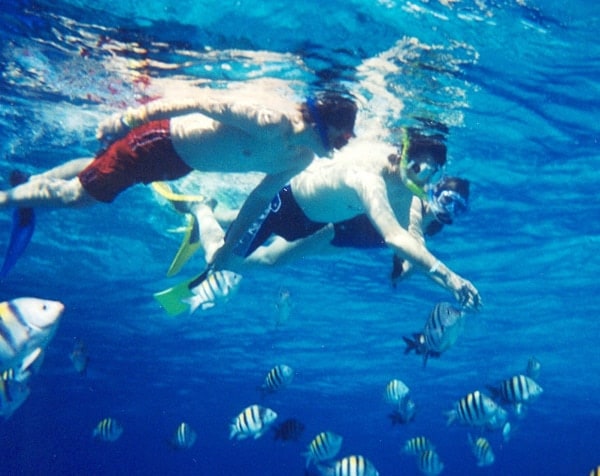 Spearfishing can be undertaken in several ways: free-diving, snorkeling, or with the use of SCUBA equipment and, as with most things, each has its advantages and disadvantages. For example, free diving requires one to hold his or her breath for prolonged periods of time, but also allows the diver to operate free of cumbersome SCUBA equipment. Those utilizing SCUBA equipment are able to submerge for longer periods of time without the need to surface, and are also given longer periods of time to pursue their quarry. Spearfishing with the use of snorkel gear serves as a middle ground, as it does not require expensive SCUBA gear, but allows the hunter to swim with his or hear head submerged for long periods of time. 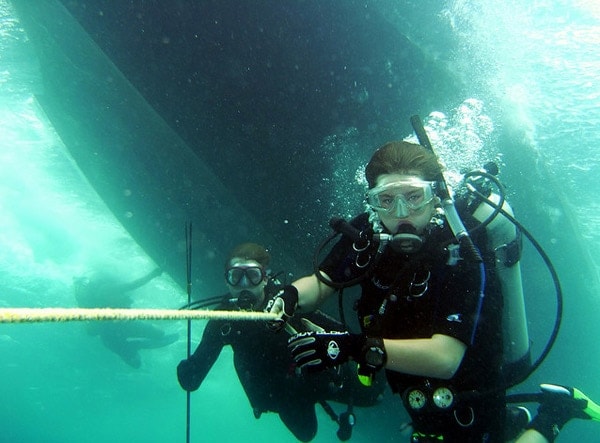 As SCUBA diving and snorkeling have become increasingly ubiquitous in recent years (partially in thanks to an ever-burgeoning number of dive shops and resorts offering instruction, equipment and the backdrop) so too has spearfishing grown in popularity. Although various regions permit and regulate spearfishing differently, there are an untold number of “fishing holes” worldwide for the would-be spear-fisherman to explore, all offering their own distinct array of aquatic species to hunt, environmental conditions to weather and otherworldy sights to encounter.

Much like traditional firearms, spearguns come in all shapes and sizes, and employ various methods of propelling the spear. That said, there are two primary categories of spearguns: expanded-spring and compressed spring. Expanded-spring spearguns, often called sling or band guns, employ the use of stretched rubber bands that, upon being released, eject the spear. Because of their basic technical requirements, expanded spring spearguns can be constructed with a variety of materials including aluminum, carbon, wood, rubber, and polymers. Their simple design and low maintenance requirements have made expanded-spring spearguns a favorite worldwide.

True to their name, pneumatic spearguns employ energy from compressed air in much the same manner as air rifles that retain the turbulent remnants of the load inside the unit. For this reason, a well-maintained pneumatic speargun can be pressurized just once at the beginning of each season. Pneumatic spearguns tend to pack more punch than their rubber-banded cousins, and can also be more compact. 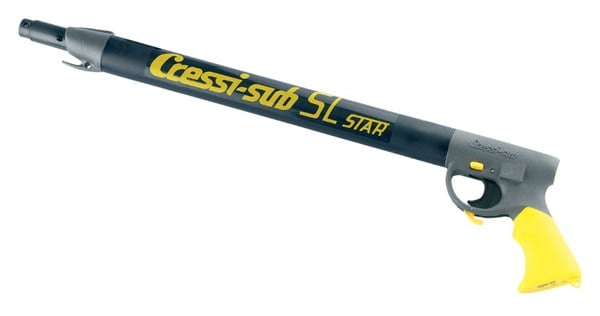 For many years, anglers complained of overall inaccuracy and inconsistency in pneumatic spearguns. Because they exert more force on the spear than typical band guns, anglers often encountered bent or damaged spears as a result of improperly balanced pressure. In recent years, pneumatic spears have made technical gains, and continue to become more popular. They have historically been a favorite among European anglers. 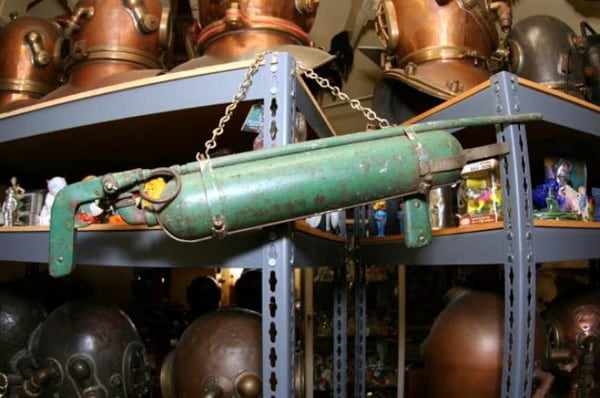 A third, less pervasive class of spearguns uses CO2 canisters to launch the projectile. In like guns, the CO2 is released with each shot, requiring canisters to be replaced often. Because of their higher maintenance, and their tendency to disperse bubbles when fired, they are generally less popular than band and pneumatic spearguns. However, like their pneumatic counterparts, CO2-powered have continued to make technological gains in recent years.

As with hunting and angling of any kind, speargun fishing can employ a variety of methods. Popular setups include the speed rig, break-away rig, gun reel, and free shaft. 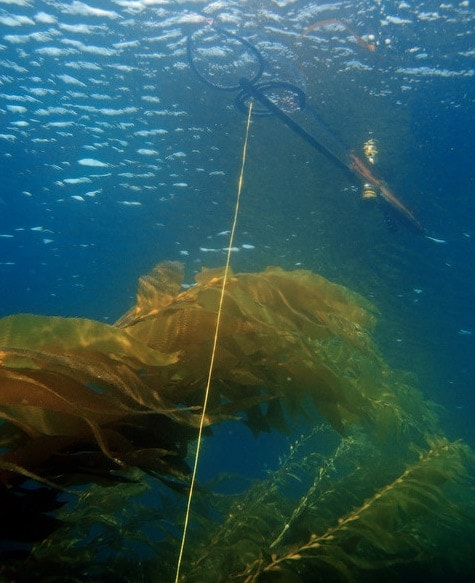 In a speed rig, the speargun is connected to a buoy with the use of a rope. The buoy floats at the surface, alerting passersby that an angler is stalking below. The spear is attached to the gun.  When a fish is shot, the angler may release the gun from the buoy as it can make stealth difficult and aiming clumsy. Generally, when fish are caught, the angler will thread the rope through the fish’s gills, allowing the fish to gradually float up the line and to the buoy as the diver swims on. 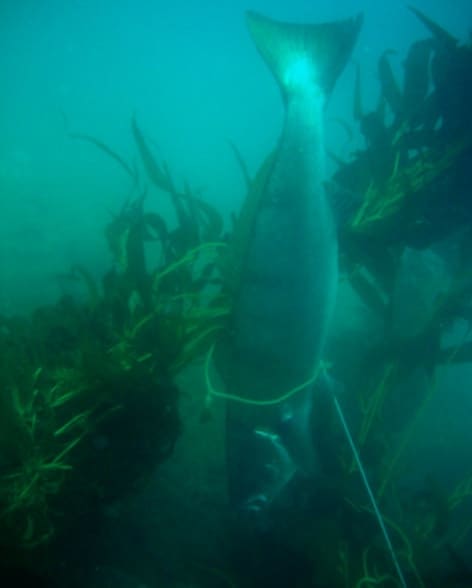 In a break-away rig, the buoy rope is fastened directly to the spear. This allows the angler to retain possession of the gun after a shot is fired (which can be especially crucial when hunting large fish, as it eliminates the possibility of losing the gun if a powerful fish breaks the float line). In addition, many divers prefer to keep their gun with them at all times in order to fend off sharks and other would-be attackers. 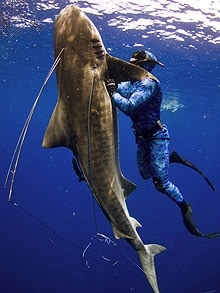 A third method utilizes a reel attached to the gun, much akin to the principal of reeling in a fish on a fishing pole. This paradigm eliminates the need to tow a cumbersome buoy, and also allows the angler to battle their catch toe-to-fin. Of course, the larger the fish, the more prolonged and rigorous the battle. For this reason, all but the most hardened thrill-seekers find the use of a reel gun less desirable when stalking larger, more powerful fish. 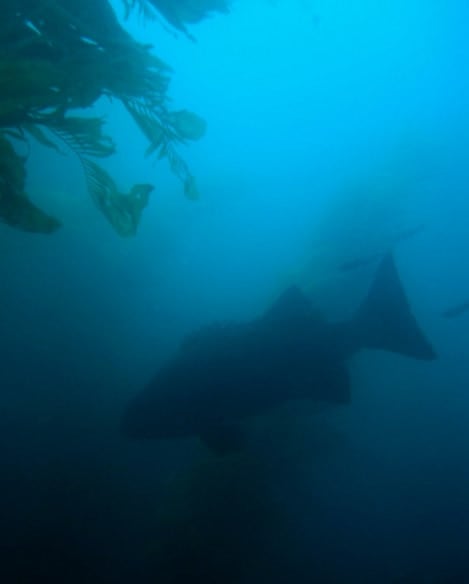 A fourth popular method, free shafting, eliminates ropes and line altogether, allowing the angler to fire a naked spear. This favorite of hunting purists represents the spearfishing equivalent of a “traditional hunts” on land (like using Recurve bows), requiring the angler to pursue his game in open water. However, errant spears must be reclaimed from the ocean floor, a time consuming punishment for the unsteady shot. 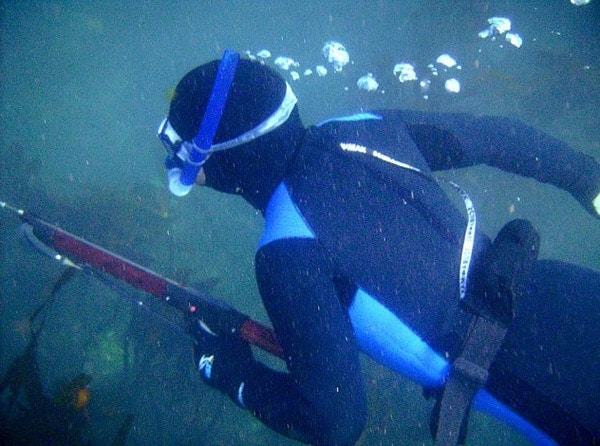 As SCUBA diving opportunities have grown worldwide, so too have spearfishing. For the hunter or angler looking for a fix while on vacation, spearfishing can be a cheap and adrenaline-roiling alternative to expensive destination hunts or pricey deep-sea fishing charters. Recreational spearfishing is popular from Australia to Europe to the Great Lakes. Although each territory regulates the sport differently, most islands and large lakes host some form of spearfishing. For example, America’s Great Lakes allow most rough fish (carp, catfish, etc.) to be harvested with a speargun (rules vary depending upon the state). Australia regulates the sport diligently, requiring permits and imposing bag limits. However, this management has led to the maintenance of a enviable fish population along the Great Barrier Reef and a spearfisherman’s Xanadu. 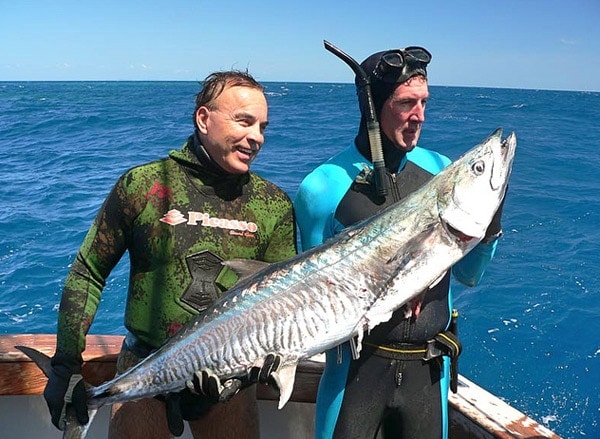 The world over, spearfishing is increasingly becoming a viable option for the sporting traveler. Ironically, as technology and accessibility improve, more and more anglers and hunters worldwide are returning to an age-old method first put forth tens of thousands of years ago. Perhaps our cave-dwelling forefathers would offer a gravelly chuckle if they could see how far we’ve come. 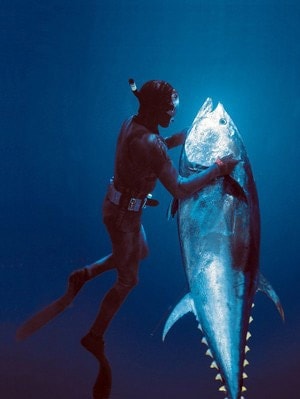