Songkran is Thailand’s New Year’s festival.  Yes, it is celebrated there the same way as it is pretty much everywhere else; people get shitfaced and there’s lots of barbecue and when it gets dark people set fire to the sky with fireworks, go home with new friends then wake up the next day not entirely sure they’re wearing their own socks and everyone’s mouth tastes like mulch and their heads feel like sandpaper in blenders. 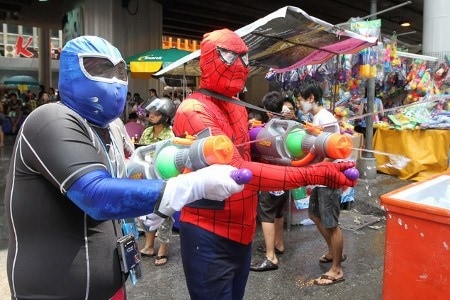 Unlike the Western New Year’s celebration, Songkran starts the 13th of April and ends the 15th, which no doubt makes for even worse hangovers from bonus after-hours revelry, but with warm springs, and monsoons months away, Thais have taken to throwing down in neighborhood-wide nation-spanning water skirmishes. 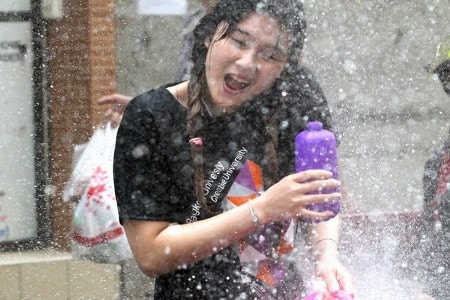 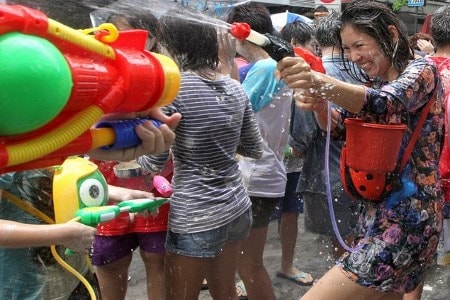 It’s not just Bangkok that would go un-dry, as even nearby Malaysians crossed the border for partying, booze, and water-fighting.  People took sides and fought for ownership of the sidewalk before all toweling off and celebrating with more drinking. 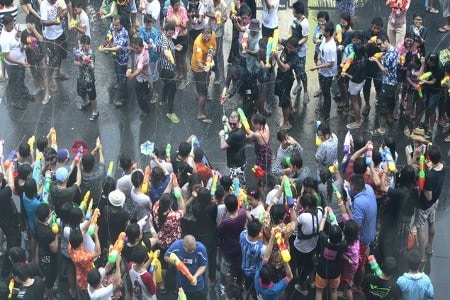 Which makes us wonder, why is the rest of the world getting all the high-stakes large-scale squirt gun action?  Admittedly, the U.S. and much of the West would, well, die painfully if we decided to have water-fights on New Year’s Eve, but that doesn’t mean the practice should be left to more tropical places: we have a pretty fine blazing-hot summer holiday of our own: the Fourth of July. 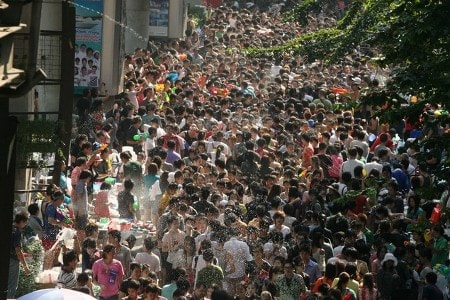 And with fireworks having blown the fingers right off the raised but unnoticed objecting hands, fireworks have been banned in so much of the country; is now not the right time for us to add another practice to our rites of celebration?  In other words, doesn’t that just look fun? 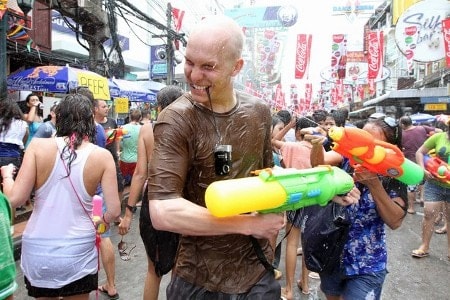