A little while back, a journalist writing for German newspaper Der Spiegel claimed that Russian small arms were getting long in the tooth.  That compared to Western firearms, they were not on par with FNs, ARs, and SIGs. 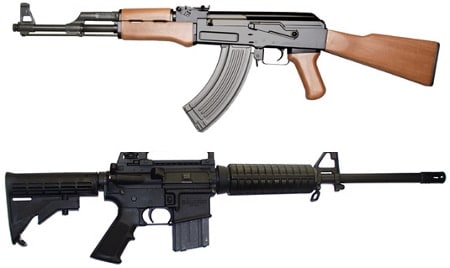 Without dipping our toes into the mix, the consensus remains “They’re different, damn it.  Stop trying to compare the two.”

But you don’t walk into Russia and kick the bear, you just don’t.  The bear might respond.  In fact, it did: 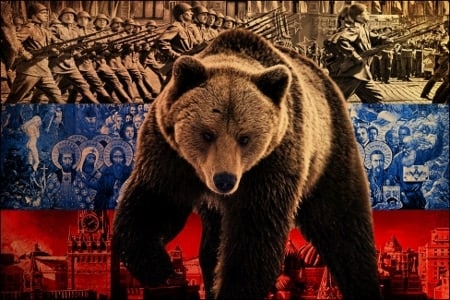 “‘These arms are not likely to be become outdated ever. I am no stranger to either AK-74 or SVD, and I can say this for sure. I have not heard any bad comments about these rifles from any of my comrades-in-arms,’ Sergei Glussky, a former member of Rosich special task force unit, a participant of the counter-terrorist operation in Chechnya said.

“‘Terrorists from the Caucasus always use Kalashnikovs and SVDs. The funding, which they receive from abroad, gives them a very good opportunity to receive American and French small arms. They often use foreign-made communication systems at times, but they most frequently, if not always, use Russian-made rifles. All their snipers use SVD sniper rifles. This rifle stands out of criticism in all respects. What made Serdyukov think that Russian assault and sniper rifles are no good? What is good then? He did not say. Let him clarify the point, we will conduct the range practice and see what works better.'” 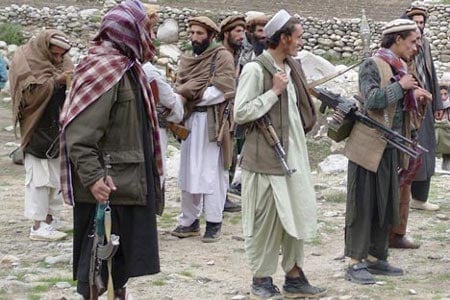 OK, so saying that AKs have been terrorist-approved, and that four out of five jihadists prefer Russian small arms to all others might not be the bestest way to defend your product, but it certainly gets the point across.

“Konstantin Sivkov, the first vice president of the Academy of Geopolitical Problems, told Pravda.Ru that foreign magazines are only right about the fact that the Russian defense complex is in crisis [but not their fine, fine weapons]. 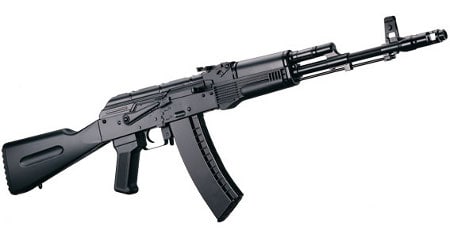 ‘This crisis does not mean that our arms designers can not build competitive weapons. The Russian defense complex has been declining during the recent 20 years. The equipment, which defense enterprises use, was made during the Soviet times. However, it is ridiculous to say that Russian arms are worse than Western analogues. Just take a look at the campaign, which NATO is conducting in Libya now. The alliance has been bombing that country for a whole month, but it hasn’t been able to achieve anything there. Please note that the Libyans are armed with Soviet-made weapons. Hundreds of NATO planes can’t do anything against Gaddafi. That’s what ridiculous.'” 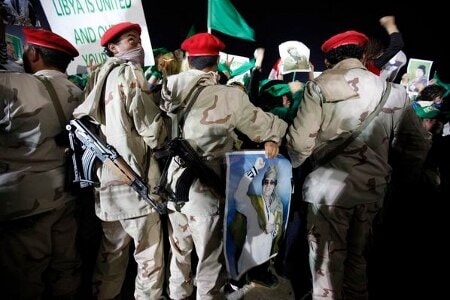 Wow, they sure do know how to piss up a rope, don’t they.

Yes, the U.S. is the world’s greatest arms exporter, selling some $6.8B in hardware in 2009, but Russia’s never been too far behind, in the same year selling $4.5B in AKs, SVDs, and not to mention, tanks.  Russia’s branding seems to be holding out strong here in the U.S., too.  When’s the last time you price-checked a Saiga? 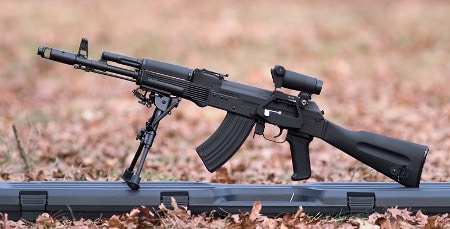 Most modern small arms are getting long in the tooth.  AKs and ARs are products of the ’40s and ’50s.  Most pistols are designs from the ’70s.  That doesn’t mean they’re inferior by any stretch of the imagination.  And in all honesty, who would feel outgunned holding a “brand-new” AK-74?  Mmm, PK-AS. 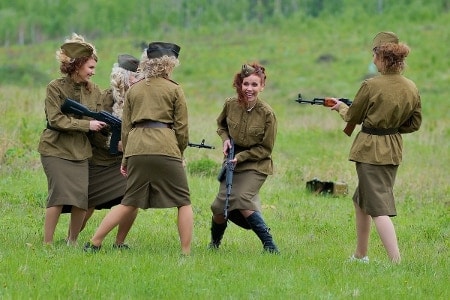