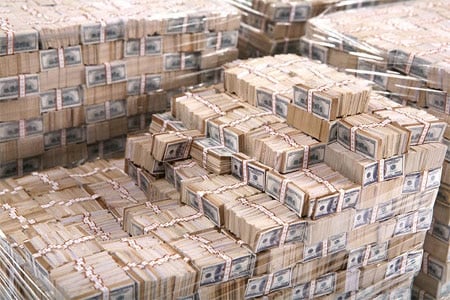 No, it’s not just your imagination, you really did just read about free .22 spinner targets.

Now we’re going to tell you about how you can get your free .22 spinner target in just a minute, so let’s talk about how much fun it is to shoot .22s.  Everyone who’s ever shot a .22 has literally never stopped shooting .22s.  You just can’t.  It’s that much fun.

Shooting .22s, even .17 HMR, is incredibly fun, like sexy pizza night fun, and that’s just shooting at paper targets.  It’s true, paper targets beg to get shot, to the point where they’re basically not paper anymore.  You ever give a four-year-old a three-hole-punch?  Well it’s like that, hey, who am I kidding here, you know what it’s like. 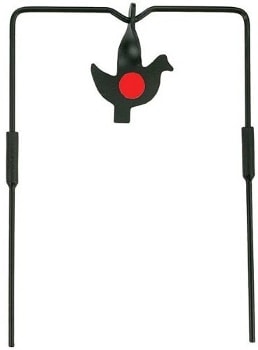 And just when you think shooting paper’s gotta be the best thing ever, you run out of paper!  Hey, we’ve all been there.  You’re out of paper and not bullets, and it’s not like you can shoot your friends, heh hehe.

So you dig through your back seat and next thing you know you’re shooting empty soda cans and that spare floor mat that you found at the side of the road that was no kidding exactly the same make and color as yours, and it looked nicer but damn, did it smell.   Admit it, shooting smelly interior car accessories isn’t really fun the second time. 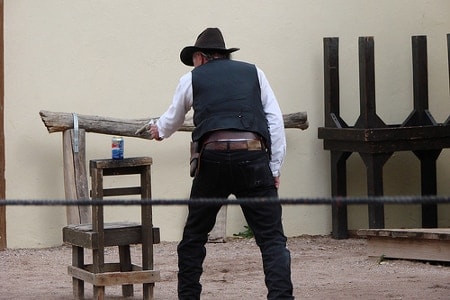 There’s all the clean-up, the hassle of dealing with little reddish-brown curls of nylon that are sticky, like someone spilled milk on ’em, and what kind of weirdo driver drinks milk in the car, really, how many adults do you know who drink milk, like, in the car.  Well, you wondered why it was by the side of the road, now you know.

Right, anyway, it’s just not something people want to repeat.

But what can you do?  Not shoot your bullets and go home?  Sure, if you want to have zero friends.  You know you can’t do that.  Hell, in some cultures that’s grounds for divorce. 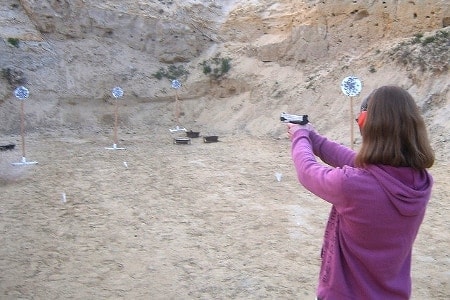 And that’s why you owe yourself a couple of boxes of CCI rimfire ammunition.  Because that’s the price of a free .22 target spinner.  Yeah, that’s right, two boxes of ammo and you’ve got yourself a target spinner with $3.95 shipping.  Can you believe that? A reusable target that you can never shoot too many .22 bullets at. 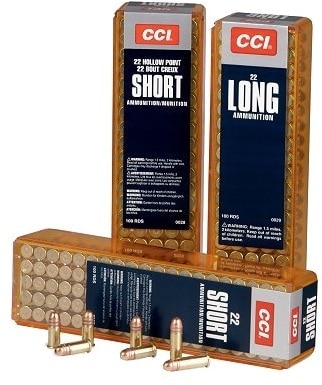 That’s all it costs, two boxes of rimfire cartridges and $3.95 shipping.  Wow.  For that I’d sign up right away, you know?

You can’t imagine how much fun you’ll have, besides, it’s marriage insurance, right?