It’s June, 28th, 1914, and Archduke Franz Ferdinand sits in the back of some chitty bang bang rolling through the streets of Sarajevo.  Sophie, his wife, sits beside him.  The Bosnians, his new subjects, sullenly line the streets.  It’s an age of fervent nationalism and the Archduke—in the city to wave the plume as it were for the Austro-Hungarian Empire and in about as polyglot a country as a soverign state can get—has become the featured target for the most sullen of all the county’s citizens: the Serbs.  A group of them, the Black Hand, has decided to strike a blow in the pursuit of their dreams of a Greater Serbia and assasinate the Archduke.  As he clatters along the cobblestones, he is a hunted man. 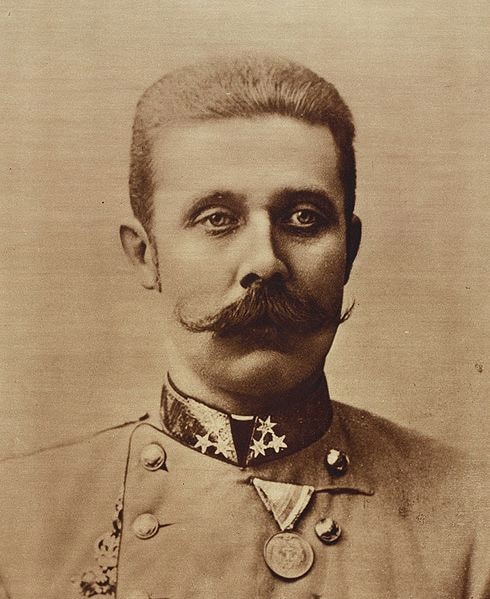 It’s impossible to know what was on the Archduke’s mind during his last few hours on earth, but, if the past was any indication, it was on guns and hunting.  And a lot of guns, and a lot of hunting.  In fact, considering the carnage he left behind in his wake with a killing-for-killing’s sake ethos, his obsession with sport hunting easily approaches some pathological degree of maladjustment. 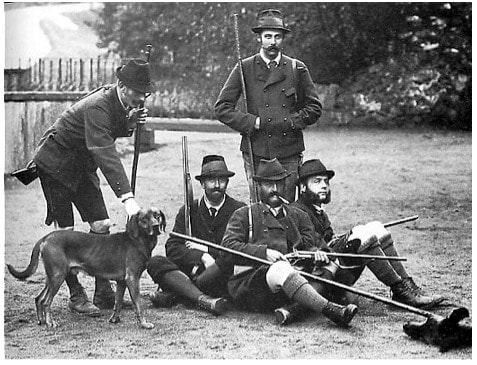 Before that moment in which he himself was shot, Ferdinand personally dispatched no less than 274,889 creatures of various species.  That works out to about an average of fifteen kills per day, everyday of his life, if you do the math with him beginning his hunting career at one-year-old.  Even by the standards of his day, one in which European males of aristocratic lineage were expected to demonstrate their dominance over nature by travelling the world and gunning it down, Ferdinand was simply in a league of his own.  Not to get too Freudian about it (another Austro-Hungarian contemporary of the Archduke) but one wonders whether his empire’s status as the weakest of the Great Powers and his own Archduke’s own strange and ambivalent relationship with his father, Franz Joseph, had anything to do with the Archduke’s all-too-happy trigger finger. 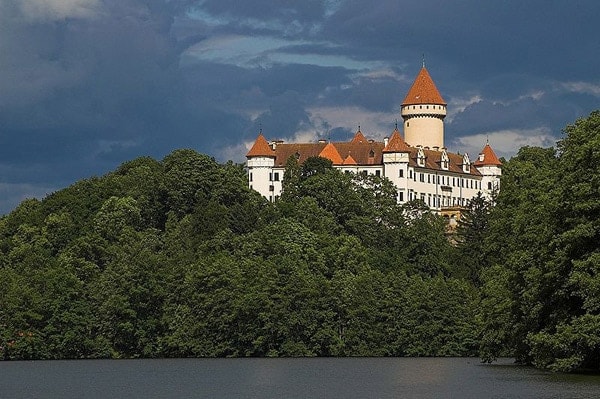 Being the Archduke and all meant that Ferdinand didn’t have to call just one castle home, but his favorite was clearly Konopischt about twenty-five miles south of Prague.  After a nearby inn and sugar refinery were demolished to improve the view, this area undoubtedbly became his most treasured hunting grounds.  Here the Archduke particularly enjoyed shooting eagles, bringing down his 100th on May 9th, 1911.  Ferdinand also collected antique firearms and, today, Konopischt sports an amazing collection of musketry, from 16th century matchlocks to 17th century wheellocks to 18th century flintlocks.  The castle also sports more animal heads than you’re likely to see on a safari to Africa. 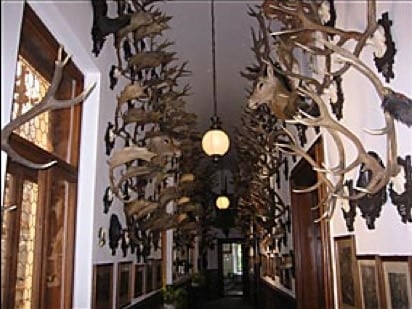 But Ferdinand’s favorite hunting expeditions of all were the destination hunts: early bush safaris in exotic destinations.  For example, the Sydney Morning Herald from May 22nd, 1893 spills an entire column of ink relating the Archduke’s “shooting excursion” in the west, listing among the game a large number of emu, turkey and kangaroo.  The article describes how the Archduke, sitting beneath a canopy, quickly “established himself as a first-class marksman” as twenty horsemen and an even larger pack of dogs spent the greater part of the day driving the local wildlife within shooting range.  Far from even hinting that this degree of bloodlust was anything other than “sport,” the article does the opposite and praises the rapidity with which the Archduke was able to shoot kangaroos from the a shooting station in the shade.  Even for an avid hunter in the 21st century, it’s hard to consider this as anything other than excessive and vulgar, yet, there it was: the last flashes of 19th century colonial consciousness emanating from the barrel of Francis’ firearms. 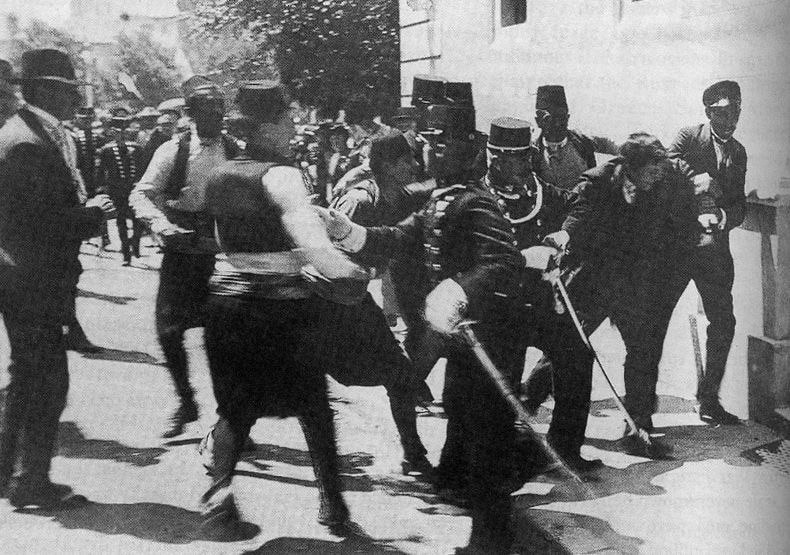 Which brings us to that famous wrong turn when the driver of the Archduke’s car unwittingly led Ferdinand into that dead end alley where Gavrilo Princip, a Serbian teenager, was standing both surprised and packing heat.  Jumping on to the runing board of the car, he removes his Belgian-made, semi-automatic .38 caliber pistol and starts off the bloody 20th century with a literal bang. 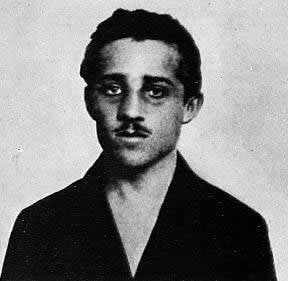