When Utah proposed making the Colt 1911 its state gun, it sorta made sense.  In The Year of the 1911, the home state of the 1911, where the 1911’s inventor lived, worked, and died, naming that iconic firearm as Utah’s official pistol was about as natural and effortless as breathing. It’s just not that surprising.

But then Alaska did something a bit odd.  Its legislators proposed a state gun, too, the Winchester Model 70 (pre-1964).  Sure, it’s also an iconic firearm, but it has no lineage with Alaska, nor legacy.  It was just a popular gun.  Was being the operative word, here, since like the name suggests, Winchester isn’t making any more. 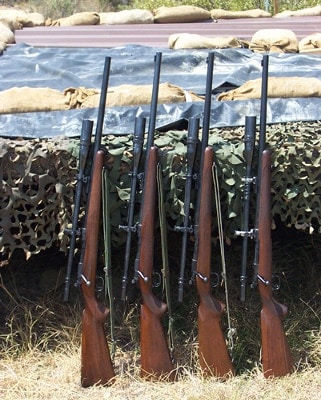 It’s like if Alaska picked the dodo for its state bird.  It’s not from Alaska and they sure as Hell aren’t making any more. 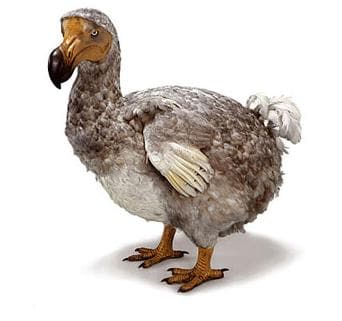 They are making modern Model 70s, why not pick those, even if they’re not particularly Alaskan by nature?  (Given their shared history with Russia, it’d almost make more sense if Alaska chose the Mosin Nagant Model 1891/30.  Almost.  Well, not really.  Let’s just say it makes as least as much sense.)

And now Arizona is jumping into the official-gun-waters.  Their selection: the Colt Single Action Army.  Why? 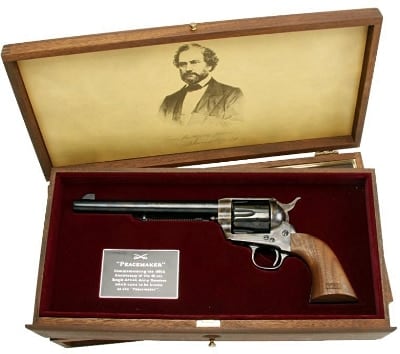 “‘Anytime you see a Western movie, the revolver in John Wayne’s hand is a Colt single action,’ Senator Ron Gould, the bill’s sponsor, told Reuters late Tuesday. ‘This is a historic firearm and it fits well with the story of Arizona.'”  Buh?

John Wayne, born Marion Robert Morrison, in Iowa, who lived in California… Anyway, Colt’s history with Arizona is about as vague as Winchester’s in Alaska.  Connecticut’s got dibs on both, really. 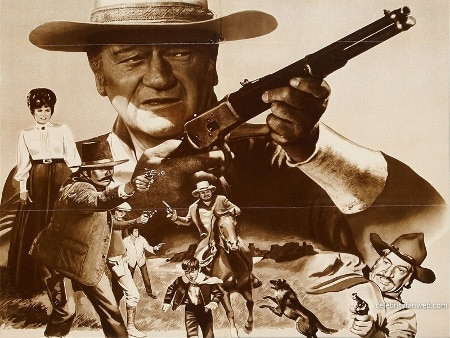 Otherwise, the majority of objections against the bill have little to do with the anachronism, with the first argument being that perhaps Arizona, on the heels of the 2011 Tuscon shooting, should use kid gloves when it comes to any firearms legislation, even with such trivial law.

The other detractors raise the question, doesn’t Arizona have bigger fish to fry, legislaturally-speaking? 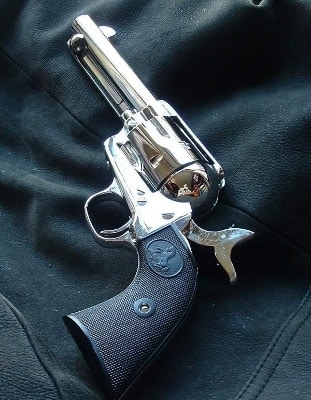 Is this an interesting way to praise a classic revolver, a heavy-handed move made in bad taste, or a waste of time altogether?