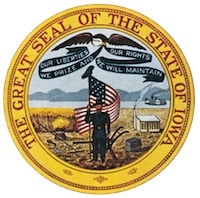 Yesterday, in the article titled “Who’s Packing,” CityView, a news source in Des Moines, published a list in alphabetical order of nearly 5,195 names of concealed-carry permit owners in Polk, County Iowa.  Published both in print and online, Cityview is an independent weekly magazine that is sold at newsstands throughout central Iowa.

And what strikes us writers here at Guns.com as even more odd than calling out your neighbors is that the article never even mentions the fact that there has been well documented division and controversy over the practice within like the last few weeks to say nothing of the last few years.  It doesn’t even try to provide a real sound explanation as why they’re releasing the names.  There’s something about public safety and knowing your neighbor but beyond that its left where it lays.  Rather the article is just a simple, Associated Press-esque piece of copy on Iowans taking to concealed carry that seems to wrap up at the end, but then hits you out of left field with a bunch of strangers’ names.

In the accompanying article, which you can read here names and all, author Jared Curtis very, very implicitly frames the case for publishing the names around Iowa’s recent switch from “may issue,” a system of issuance that leaves individual carry privileges up to the discretion of county sheriffs, to “shall issue,” which extends carry privileges to anyone who meets the minimum requirements. He provides some data on the massive influx of concealed carriers since January 1st when Iowa officially switched permit systems and then quotes some cops about how busy they are with all this new paperwork.

The article doesn’t say how the cops feel about this (they’re probably pissed, but eh, we don’t blame them, they have their reasons) or what all these new carriers will mean for Des Moines.  We guess the title says it all, Who’s Packing, but we always thought controversial articles should do a good job at answering “why” too.