Why Are We Losing Outdoorsmen?: We’re Too Busy

As a father of four wonderful children, I am often asked how I keep everything together between writing, interviews, consulting, and my business obligations. It’s a challenge! However, it is doable with some basic time management skills.

Why am I writing about this, and why now? 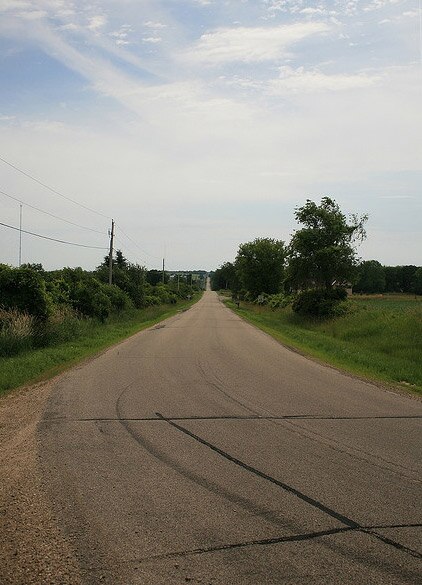 We’ve had some unusually warm weather for the upper Midwest lately, and being a good dad (or trying to be, anyway), I took my kids to a local park to play this last weekend. At the park was a baseball diamond, and there was a game going on. Not having a lot else to do (which is highly unusual for me), I watched as the two teams took to the field. I was a ball player in my youth, and always enjoy watching kids play the game. My attention was drawn away by a minor crisis which required a hug and a little brushing off of sand. I heard the sound of bat striking ball, and looked up. 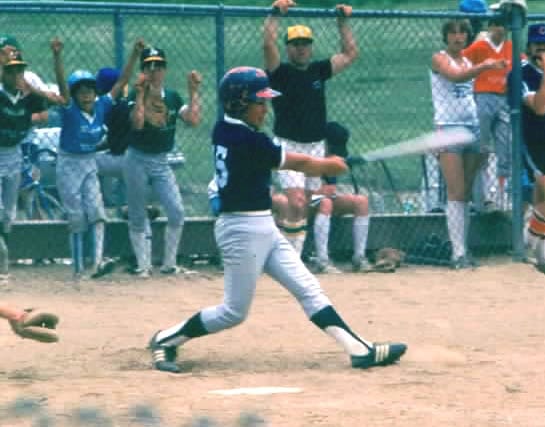 What I saw was simply amazing. The shortstop, all of 9 or 10 years old, fielded a hot ground ball, turned and flipped the ball to the second baseman, who tagged second base for a force and then side-stepped the oncoming runner to clear the path for a fireball thrown to first for a picture-perfect double play. My mouth hung open for a second as I was dumbfounded by this display of skill.

By now, you are probably wondering what this has to do with hunting and fishing, and why I would take up valuable time and space here talking about it. 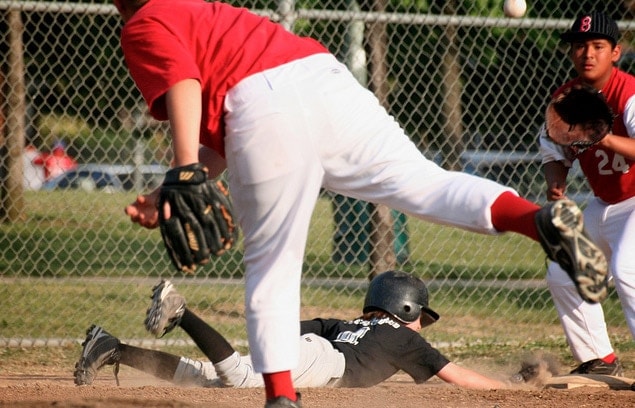 I believe what I saw is one of the main reasons why we are losing kids to the traditional outdoor pursuits of hunting and fishing.

On our way over to the car, I stopped a young woman and asked her how old the kids were on the field. “Oh, they’re 9 and 10 year olds” she responded. “Are they an All-Star team?” “Oh, no!” she exclaimed. “This is the ‘recreational’ league run by the city. It takes a much higher level of skill to make the ‘All-Star’ traveling team.”

A higher skill level? At 10 years old? These kids would have all been all-stars in my day!

I then went on to ask how often they practiced. Her response shocked me. “Well, the kids start in March with indoor drills and batting practice two days a week. By April, we’re outside and running full practice three or four days a week with some scrimmage games like this one. The season starts in early June , and from then on we’re at the ball field four to five days a week between practice and games, and we usually travel to two or three tournaments over the summer. In order to get really good, though, some parents send their kids to camp in July or even register them for private coaching clinics in the off-season. We have two boys on two different teams, so from June to September, we’re pretty busy!” 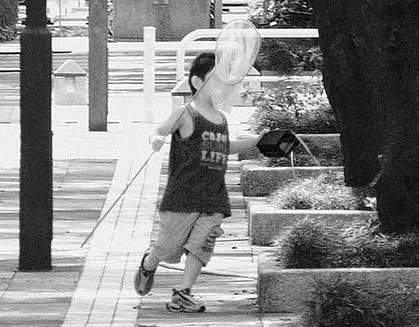 These are 10 year old boys. Not high school-age or collegiate athletes. They’re 10. Now I ask you, how often do you suppose they go out fishing with dad? What about the fall and winter sports, where parents have the same level of involvement during hunting season? 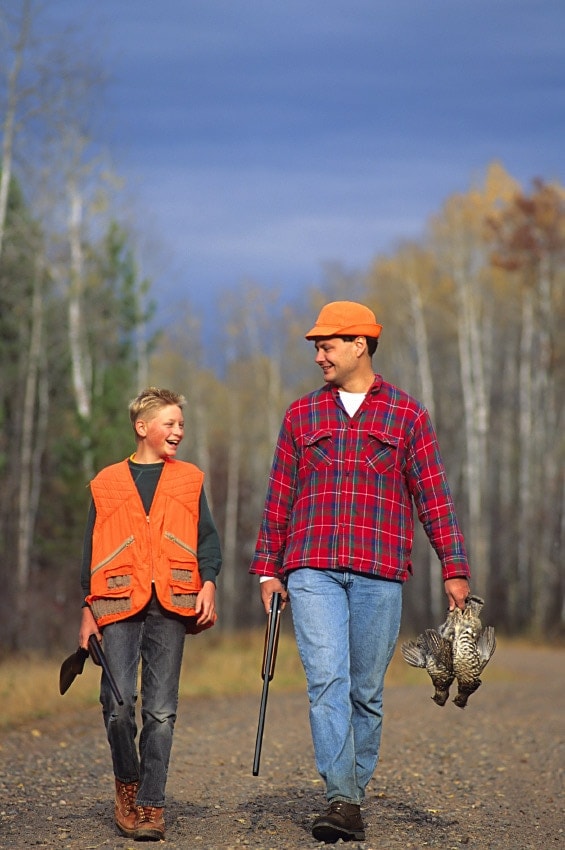 I believe that today’s parent (and their children, willingly or perhaps unwillingly) spends too much time, effort and money at the expense of all other activity with the hope that their child will be one of the ones that makes it to the “big time.” The fact is, the average child today has less than a 1% chance of being a professional athlete in any sport. It’s a little better odds for a college scholarship, but nothing I would bet on. 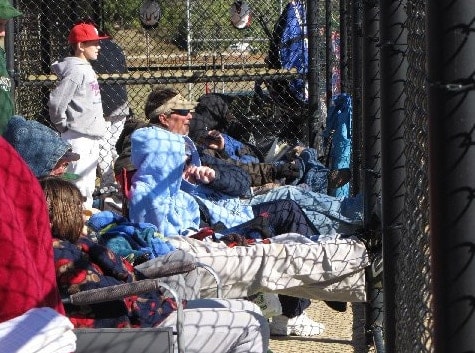 But the probability of a career and easy street is not even the real problem.  The problem is that they are doing this at the expense of other “kid” activities—playing with friends, climbing trees (I can’t remember the last time I saw kids climbing a tree in the neighborhood), other sports and hunting and fishing time. They say that being a good parent means spending time with your kids, but does sitting at practice or a game while another parent runs your child through drills count as “time?” 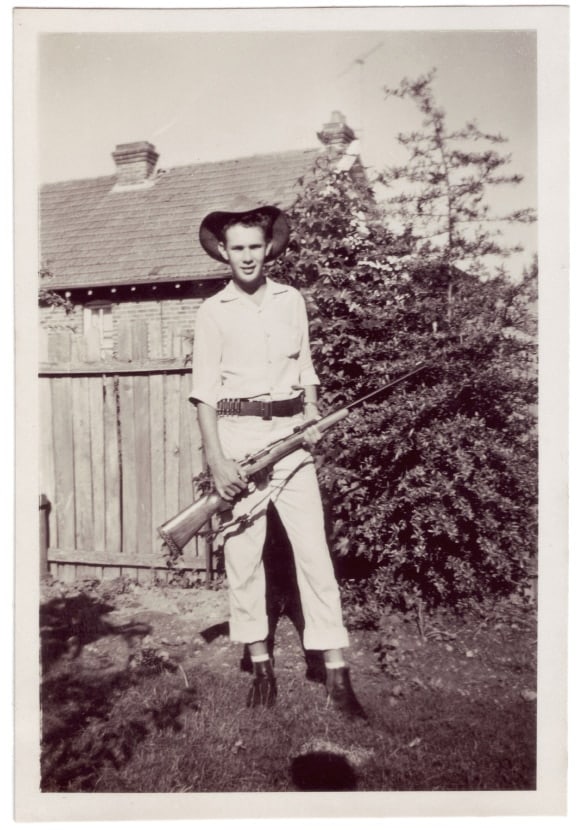 I just celebrated my 30 somethingth birthday this year. I’m not that old. As a matter of fact, in the outdoor industry I’m still considered “wet behind the ears” by many. I find myself more and more becoming like my father. “Back in my day” is a common phrase to hear from me these days. I played ball as a kid, but it was 2 or 3 times a week, for maybe 2 hours. I was an all-star. In high school I was a three sport athlete. We practiced every day, but weekends were free unless there was a special tournament. Mostly, though, I hunted and fished with my dad and my friends. You may find this hard to believe, but from the small town 50 miles outside of Chicago where I grew up, I commonly walked down the street with a gun or bow and arrow. I got my first pocket knife at 7 and my first Bowie knife at 9. I still have both of them. It was not uncommon for a teacher to ask if anyone had a pocket knife he or she could borrow and have three or four boys hold theirs out. They were tools to us, just like a hammer or saw, and if you misused them, they were taken away. 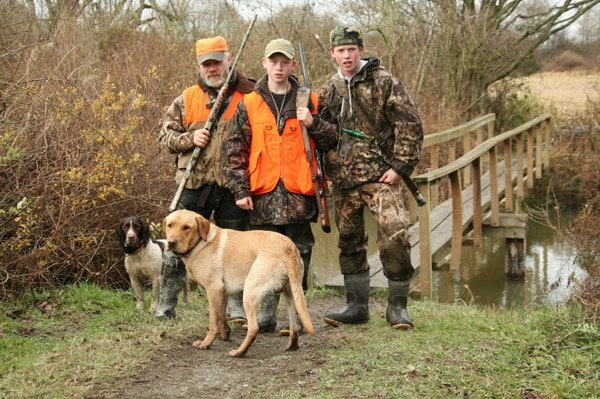 Now, I would never dismiss sports as a part of raising a well-rounded child. Quite the contrary. In today’s world, competition is glaringly absent from most schools and school programs, so anyplace you can introduce it is a good thing. Research shows that boys who engage in competition in the classroom outscore other boys their age on standardized tests almost 75% of the time, and it has nothing to do with whether they win or lose.  However, there needs to be balance in your child’s life. Two hours watching bobbers or sitting in a deer or duck blind teaches a child patience. It teaches them reflection. It teaches them to entertain themselves in some other way than plopping down in front of “Mega-Martian Destroyers XXXIV” or whatever the newest electronic violence dispenser can spit out at them. 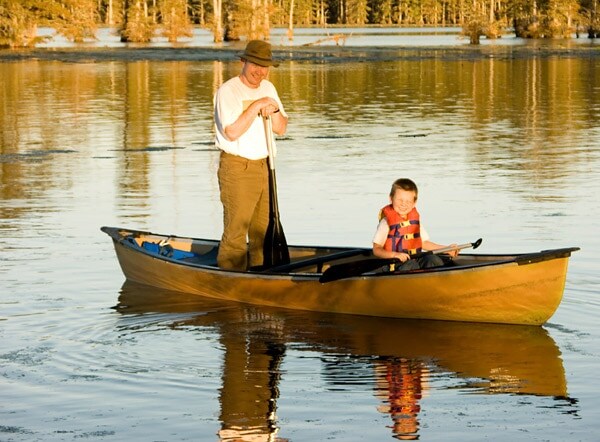 Do your kids and yourself a favor. Take an hour and go cast into a local pond. Set up a target in your back yard (I know, this is getting really hard in some communities. At one point we had one in the basement) and let your kids sling arrows at it. Take your child and a few of their friends out on the boat for a morning. Or, simply take a walk and identify various flowers and fauna to them. You’d be amazed at what comes out when kids engage their mind. 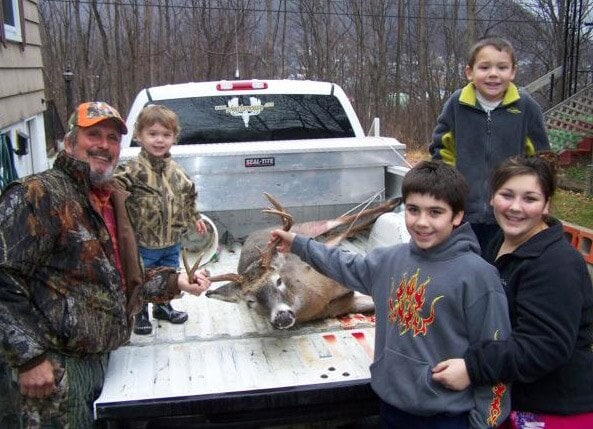