Perhaps psychologists rather than historians should debate the reasons the Germans during World War II were so fascinated by (and loved so dearly), costly, huge, hard-to-produce artillery pieces.  Big guns: one of the many reasons Germany lost the war.

“I think it may have been one of Hitler’s quirks, but I’m not sure,” said a director of the U.S. Army Artillery Museum at Fort Sill, Oklahoma. “During the war the Germans had such a vast array of artillery pieces of all types. They would have been much better off instead if they had focused on a few successful designs.” 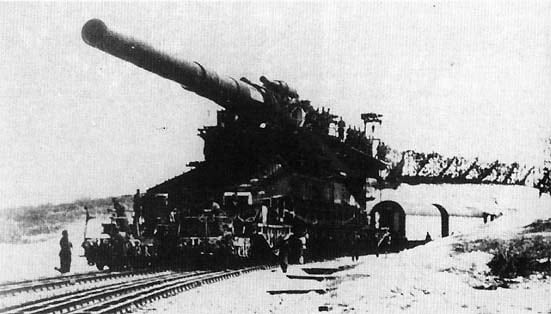 The director said he wants to remain anonymous because use of his name would have to be approved by the U.S. Army, which could take time and paperwork. The Army runs the museum at Fort Sill. 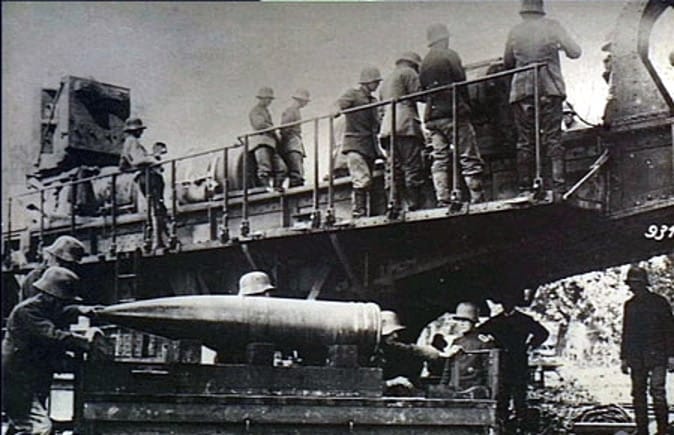 The Germans’ unhealthy fixation on huge guns and artillery pieces produced legendary weapons that were so big they were named as though they were hurricanes. There was Dora, a monster piece that fired a seven-ton shell as big as a truck up to 23 miles. It took 2,000 soldiers to operate the railway-mounted five-story-high behemoth. The piece only fired 48 shells in combat over a five-day in 1942 during the siege of the Russian Crimean city of Sevastopol. Though its mammoth shells were able to destroy some Russian strong-points and underground installations, the cost of the weapon hardly made it worth the effort.

But it looked impressive.

Another giant gun was named Gustav, like Dora used in the Battle of Sevastopol. Both guns, which had a minimal impact on the outcome of the war, were the biggest artillery weapons ever fired in combat. The Americans captured Gustav and reduced it to scrap metal, while Dora was destroyed by German soldiers to prevent its capture by the Red Army. 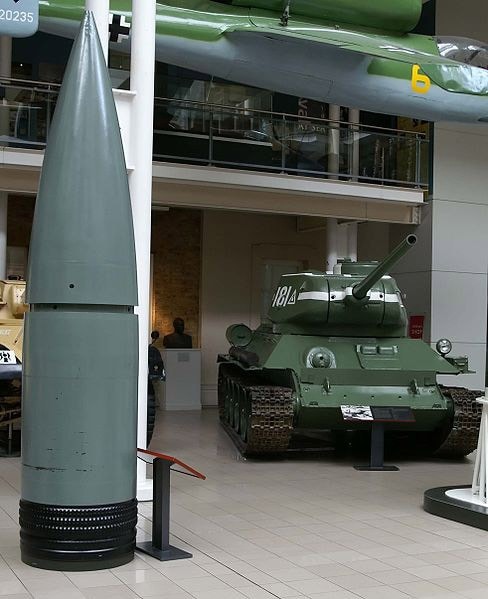 During World War I the Germans had produced The Paris Gun, designed to bombard the French Capital from 81 miles away in Belgium, sending a 210-pound shell to a height of 25 miles, the beginning fringe of outer space. 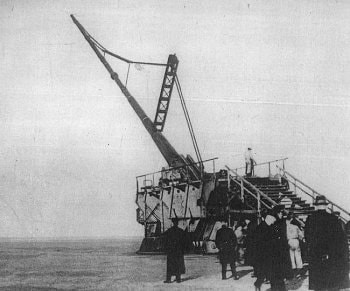 “For the Germans to waste their time producing these kinds of weapons, it was a major failure,” the Fort Sill director explained. “They did the same thing with the development of the Tiger Tank. It was huge and costly to produce. Too few of them were made. They should have mass-produced the less costly Panther Tank rather than screw with the Tiger.” 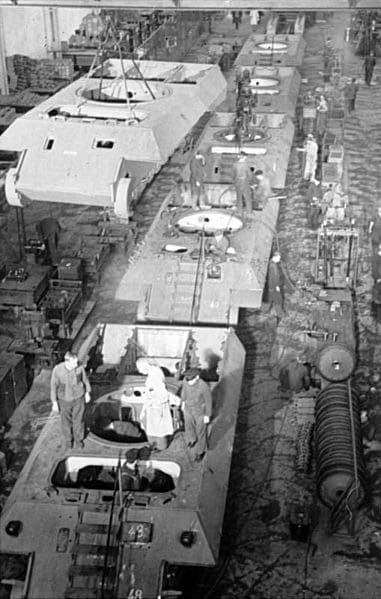 German thinking during World War II presents a fascinating paradox. Capable of inventing truly revolutionary weapons like the V-II rocket, the world’s first intercontinental ballistic missile, and the world’s first operational jet fighter, they were at the same time unable to escape the “bigger is better” mentality. 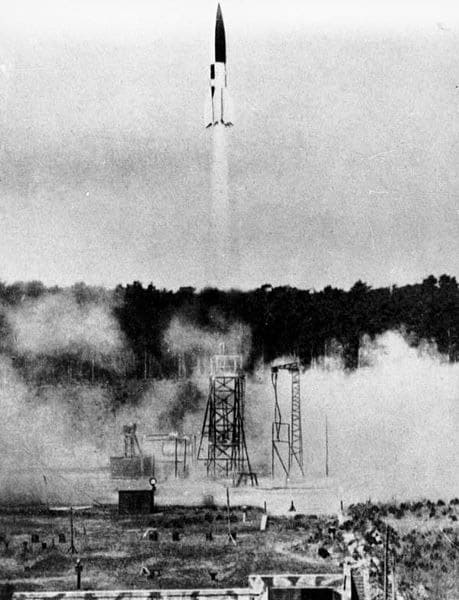 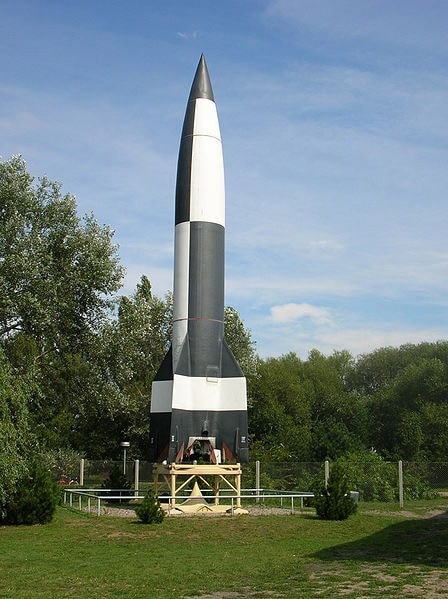 Huge weapons were costly and time-consuming to produce. There were never enough of them to have an impact on the battlefield. The Germans appeared to lack the unique ability to think in terms of standardizing and mass production that Americans proved so adept at. 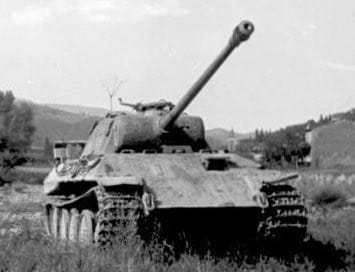 “I would agree the Germans seemed to have a mental block when it came to focusing on and standardizing successful types of weapons,” the director said. “Instead of going with a few successful designs and mass producing them, they had a wide variety of exotic weapons of all types.”

Another mammoth German railway gun, the Krupp K5 nicknamed “Anzio Annie,” was used in Italy against American troops. Partially destroyed during the war, the restored gun can be seen today at the U.S. Ordnance Museum in Aberdeen, Maryland. 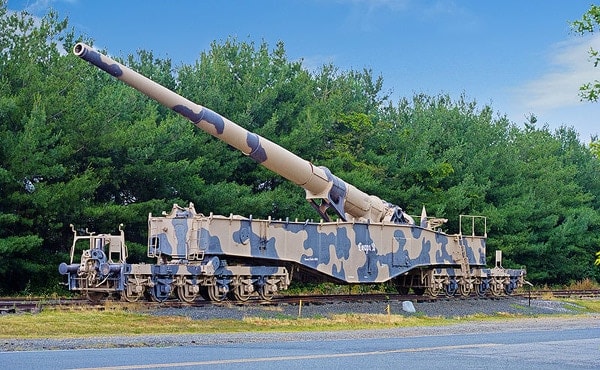 The Fort Sill Museum has on display a German 210 millimeter Morser Howitzer, a wheeled gun that could be towed or separated into two sections for long transport. The museum also has Japanese artillery used during World War II, but these tend to be smaller weapons used for jungle and island fighting. 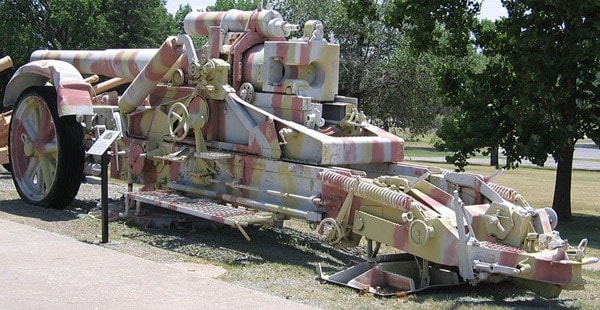 “We have a Type 92 70 millimeter Japanese field gun that could be elevated to a height of 85 degrees, which is amazing,” the director said. “It was used to fire over jungle treetops. We have all kinds of guns, American and foreign, from 1775 in the Revolutionary War and the Civil War up to the present.” 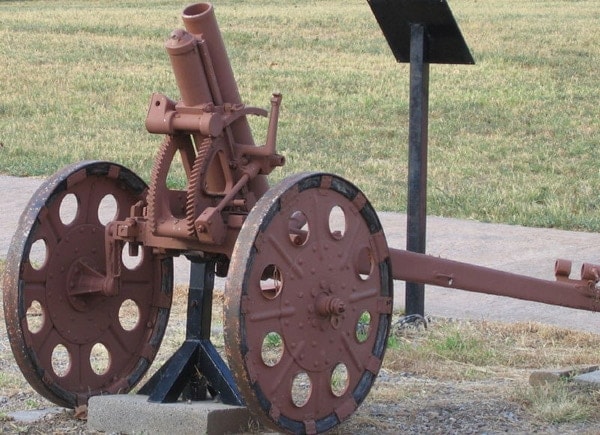 The museum has a total 72 pieces inside its building and adjoining artillery park. The director said more weapons are expected to be delivered next month, which will make a total 85 artillery pieces.

“Most of our German and Japanese weapons were captured during the war and after testing and evaluation were donated to the museum,” he added.