This week, lawmakers are looking to do something about those that seek to smudge the memory and service of America’s fallen patriots or violate one of a family’s most private and sensitive moment.

Last week a bipartisan collection of senators introduced The Service Act: a piece of legislation that aims to define and establish clear boundaries and impose heavier penalties on folks whose prerogative is to disrupt military funerals.  A similar bill is sitting in the House of Representatives and both will see debate and vote in the months ahead. 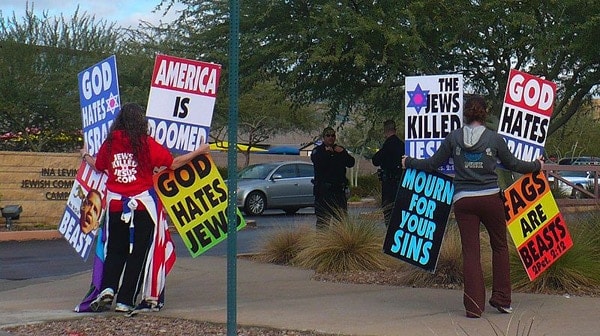 Over the years, politicians have enacted comparable measures.  The state of Illinois for instance enacted Senate Bill 1144, the “Let Them Rest In Peace Act,” which effectively puts protesters out of range of funeral ceremonies and levies serious fines on violators that can escalate to a felony charge for repeat offenders.  Likewise, President George W. Bush signed the Respect for America’s Fallen Heroes Act back in 2006 (which passed, again back in 2006, with a 408 to 3 vote), which also forces protests 300 yards away from the gravesite at nationally controlled cemeteries. Most recently, the Arizona legislature passed an emergency bill to ban protests within 300 feet of the funeral of Christina Green, the 9-year-old victim of the 2011 Tucson shooting after the Westboro Baptist Church (WBC) announced it would be making an appearance. 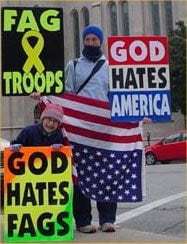 The prospective legislation will apply to any group that disrupts a military funeral, but there is little pretense otherwise that the measure is being directed squarely at the Fred Phelps and the Westboro Baptist Church. The bill increases the buffer zone around all military funerals to at least 300 feet and increases the buffer on the routes for the funeral to 500 feet.  It also imposes “quiet times” for two hours before and after the ceremony and greatly increases the fines for violating the Act (currently, violating the act at a National cemetery carries a $100,000 fine and up to a year in jail). 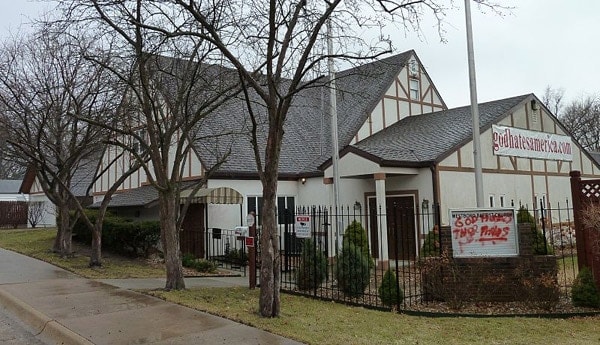 And the Phelps Family, along with their 71-strong Topeka, Kansas congregation have told the press that they will defy the law if it passes and point to their 2011 win in the Supreme Court.  In a statement to the press, the church’s attorney (Margie Phelps) wrote, “this law is grossly out of bounds of the Constitution. I don’t know who the lawyers are advising these senators on this, but they need to be fired for incompetence.” 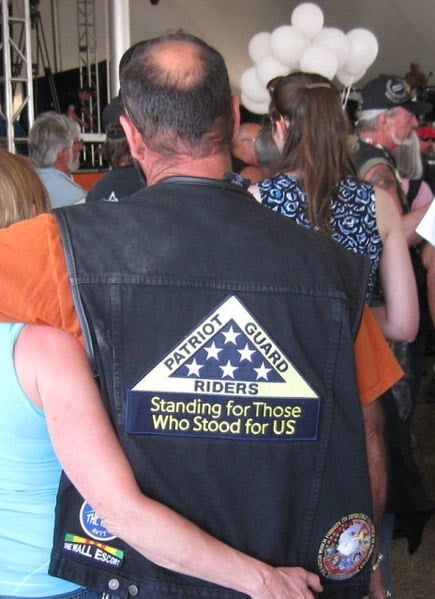 If Fred Phelps’ goal was to create common ground for groups that historically don’t see eye to eye, then he has succeeded in spades; it seems like everybody from bikers (in the form of the Patriot Guard Riders), to gay-rights activists, to Evangelical Christians to Michael Moore, to Bill O’Reilly have either publically condemned or have organized counter protests against the Westoboro Baptist Churches’ practice of picketing fallen soldiers’ funerals.  When the Phelps’ announced plans to picket a youth play in the United Kingdom, the British government stated that they would be excluded from entry into the country for “engaging in unacceptable behaviour by inciting hatred against a number of communities.”

The logic that brought the Westboro Baptist Church to the decision to start screaming obscenities at soldiers’ funerals is at times so abstruse it may well require a doctor to fully untangle.  The WBC has expressed hatred for Jews, Muslims, Catholics, Hindus, Protestants, most other Christian sects, celebrities, the government, American culture and most other country’s governments.  They are also positive Barak Obama is the Antichrist.  But aside from this enemies list, the group is best known for despising and disparaging homosexuals. 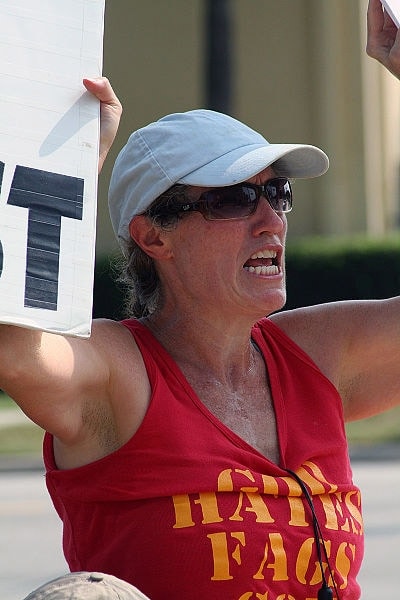 And believe it or not, disrupting military services is all rooted in this anti-gay bigotry.  To break it down as best we can, in the minds of this flock, God hates gays and America doesn’t hate gays.  Because of this, God is punishing America, and one way he is doing this is by making us go to war in Iraq and Afghanistan.  Because our soldiers are fighting to restore order and spread democracy at the behest of their country and government, they’re also complicit in what is essentially America’s tolerance of gay people for which the war is presumably punishment for in the first place (please don’t spend too much time thinking about this).  Accordingly, in one final leap away from anything made in reason’s image, the WBC concludes all soldiers are gay and hence the anti-gay rhetoric at their funerals.

Though Senators have made statements to the contrary, the movement in the legislature can only be interpreted as a comment on the Judiciary’s decision in, Snyder v. Phelps—a 2010 court case that many hoped would be the nail in the Westboro Baptst Church’s coffin. 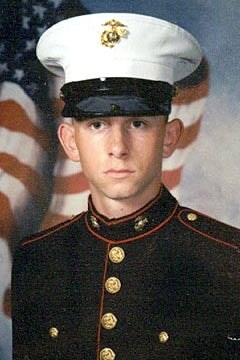 In 2006, the Westboro Baptist Church picketed the funeral of U.S. Marine Lance Corporal Matthew A. Snyder in rural Maryland.  Snyder was killed in Iraq in a non-combat-related vehicle accident on March 3, 2006.  At the ceremony, (which was shielded by members of the Patriot Guard Riders) Phelps and company held up signs reading “You’re going to hell”, “God hates you”, “America is doomed”,  “Fag troops”, “Thank God for dead soldiers” and “Semper fi fags” and later wrote an angry anti-Catholic tirade (Snyder was a Catholic) on their website directed towards Snyder’s widow and son. 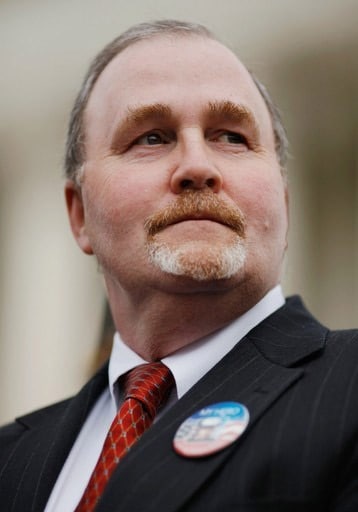 Snyder’s father, Albert Snyder, sued Fred Phelps and two of his daughters, Rebekah Phelps-Davis and Shirley Phelps-Roper for a litany of offenses, chief among them being defamation and the intentional infliction of emotional distress.  With the media dog-piling on one another to cover the trial, the points of contentions almost immediately became embroiled in heady legal queries: were the Phelps actions protected under the First Amendment as opinions or were they intended to cause specific harm to individuals?  Are those attending a funeral a “captive audience” and thus subject to additional rights concerning unwanted communication? 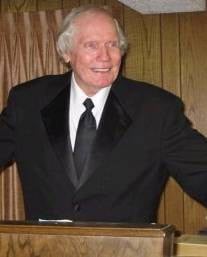 At first, the Phelps were ordered to pay Albert Snyder almost 10 million dollars but as the appeals piled up, the opinion waffled and the court’s eventually adopted an understanding of the issue as being protected under the First Amendment.  In 2010, Snyder was actually ordered to pay the Phelps’ court costs (which Bill O’Reilly offered to pay for, pending the rejection of an appeal).  On March 2, 2011 a Supreme Court Decision found in favor of the Phelps, eight to one. 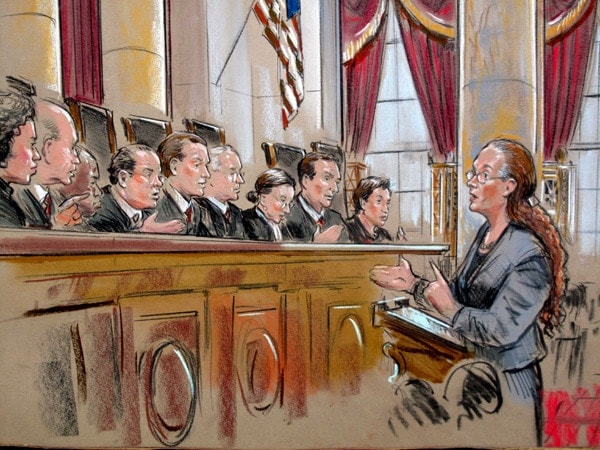