The International Confederation of Revolver Enthusiasts is exactly what you think it is.  Unless you think everything that starts with “International” is in the waffle business, then you’re out of luck.

It’s a shooting club that only lets in revolvers, with competitions similar to IDPA or IPSC.  There are three divisions: Open, for guns with no real limitations on modifications, Limited for guns without compensators or optics, and Classic, for stock six-shot service revolvers and speed loaders instead of moon clips. 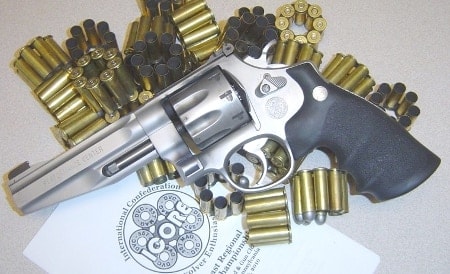 Their Southwest Regional championship was held last weekend at the Hogue Action Pistol Range in San Luis Obispo, which drew 110 shooters from California and its surrounding states, and fun was had by all and there was much raffling and givings-away of trophies.

In overall first place was Rich Wolfe of California, who finished the entire run with a time of only 125.15 seconds, a full 26 seconds faster than Eric Leach, coming in second with a time of 151.20.  He was, naturally, competing in the open division.  Third up was Pat Hogue of Hogue, with a score of 152.52. 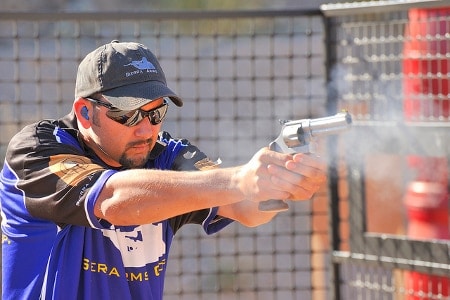 “Rich is an outstanding Open division shooter and is always in contention to win any ICORE match he enters. His dominant performance this weekend at the Southwest Regional proves he’s on his game and will be gunning for top honors this June at the 20th Annual Smith & Wesson International Revolver Championship,” said Ron Joslin of ICORE.

Outstanding cuts it a little bit short, though, as his times are 17% faster than the next best. 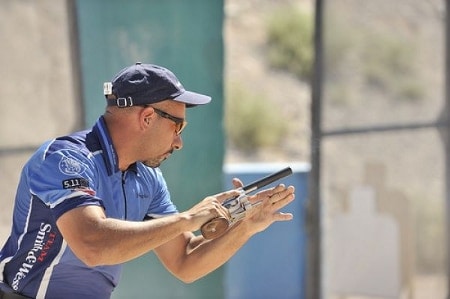 Taking the Limited crown was John Bagaki, also of California, finishing in only 145.73 second, besting second-place competitor Tom Hubbard, finishing with a time of 172.76, or by a whopping 27 seconds. It is his fifth championship in a row.  Nathan Carmichael came in third with a 185.35 second time.

Jason Stieber topped the Classic division’s podium, with a total match time of 208.21. 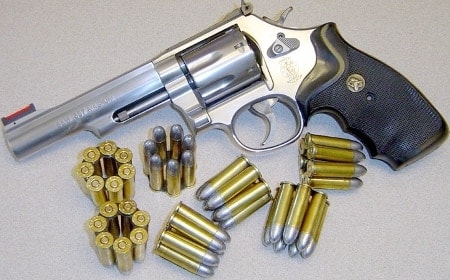 In the Ladies’ divisions, Lisa Farell defended her previous title and winning her seventh championship, competing in Limited and finishing with a time of 241.87. “Lisa continues to be one of the strongest women competing in ICORE today,” said Joslin. “I’m sure her win here at the Southwest Regional is just a warm-up for what we can expect to see at the International Revolver Championship later this June.”

And finally, a new face on the scene was Janae Sarabia, fourteen-year-old shooter in the Ladies’ Open division, finished with a time of 213.32 seconds and won by a clean five seconds. 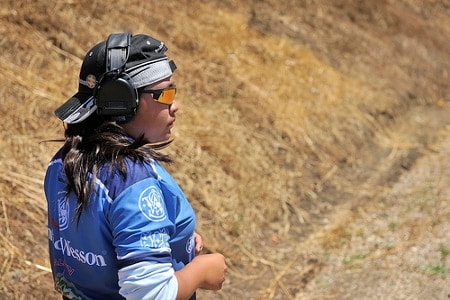 All said and done, they are all amazing shooters, capable of putting more lead on-target in minutes than any of us could in an afternoon.

Congratulations, and best of luck at the 20th Annual Smith & Wesson International Revolver Competition.  Any readers busy June 2-5th have a revolver, will travel?  Something tells us that prizes will include… drum-roll… wait for it… Smith & Wesson revolvers!