Improved Guns, Inc. is a company that believes that gun locks are cumbersome at best and dangerous at worst.  Ever looking for a better solution to make guns useful in the hands of adults but non-functioning for kids, they seem to have come up with what is admittedly, a novel way around the problem. 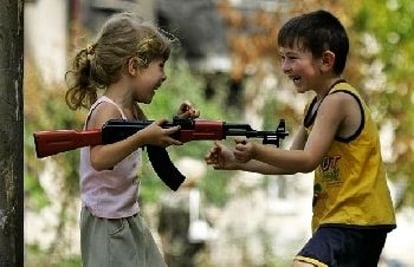 On their website, Improved Guns addresses the issue over and over again.  Citing the CDC and other institutions, the number of accidental shooting deaths continues to grow.  (We’re not sure how that number would drop short of zombie apocalypse, but hey, facts is facts.)  And they have a way to make it harder, at least for children, to shoot guns.

A shear pin.  Like the name suggests, it’s an alloy pin with a chamfer or flute around the base of it.  When screwed through the frame or trigger of a pistol, it prevents the shooter from pulling the trigger back without first breaking the pin.  This is done by putting a great deal of pressure on the trigger, increasing the first pull to as much as fifteen pounds. 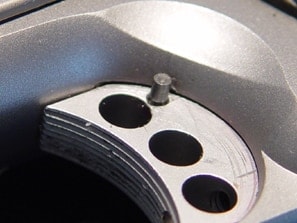 If this is the goal, we’re not sure why parents don’t just buy shitty revolvers.  Fifteen pounds double-action?  That’s not unheard of.  It sucks, no one’s saying otherwise, but yeah.

Clearly this is a more practical safety than a gun lock, even if gun locks have a place (luggage, very small bicycles).  Hoping to get as many installed as possible, Improved Guns will install them, for free, on any guns you send in.  But it isn’t so practical we’re calling them a blockbuster idea. 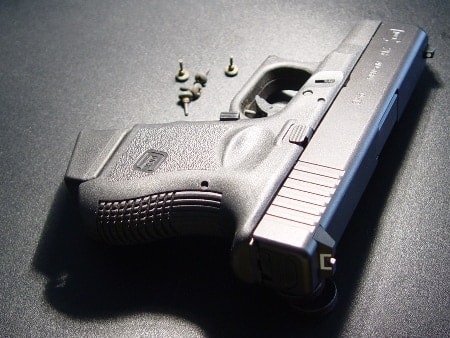 Fifteen pounds is an outrageous pull.  If you’re not training on that thing, and how could you, they’re one-time-use items, you could easily take a shot inside a few feet so wide as to miss a person-sized target.  (We say that from a position of experience.)  Improved Guns says that the first shot doesn’t count all that much.  While that’s, well, pretty baseless, it’s not exactly a matter of comfort to hear, “But all the subsequent shots will be just dandy.”

It’s also not an option for all shooters.  If finger strength weren’t an issue, then there wouldn’t be an audience for the Palm Pistol. 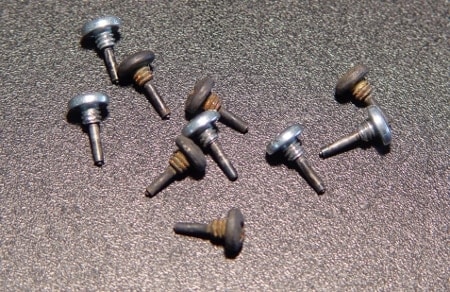 Why are they advertising rusty shear pins?  Seriously, this is straight off their website.

Lastly, it only addresses one issue: mistakenly reefing down on the trigger.  That’s only one part of accidental shootings.

Improved Guns talks about the stupid, sad things that lead into gun violence and condemns them, not the firearms.  This is their attempt to reduce the likelihood of one kind of accident.  Should they be applauded for dealing with the problem, at least in part, or is their shear pin just another non-solution that should be replaced with plain old gun safety awareness?  You know, trigger discipline? 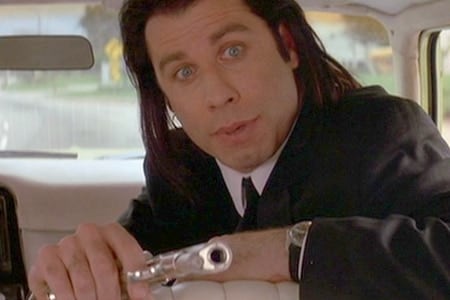