Announced back in January, Glock’s most popular full-size 9mm handgun got another update in addition to the Gen 4 changes. 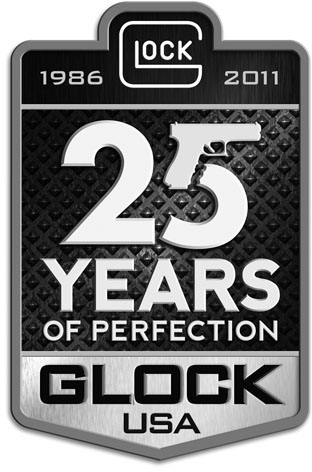 Only 2,500 of these Glocks will be getting little plaques, and given their plaque-ish rarity, retail for $800 or a little less. They are now available in stores for your shooting pleasure.

Wait, our sources have a line on some last-minute improvements, let’s see…

The 25th Anniversary Glock 17 has several features not seen on any other Gen 4 Glocks which may make it a better buy.  For starters, each gun has been hand-check by Gaston Glock himself, who also did their test-firing at the factory.  The 82-year-old founder autographs all of the test targets. 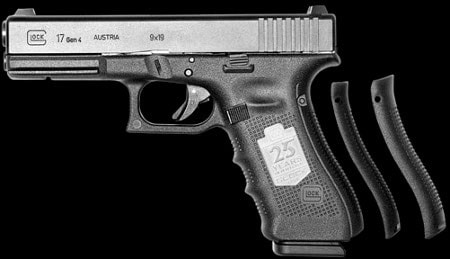 Included with each firearm is a complete kit including a bore brush, an extra magazine, a speed-loader, and a two manuals.  One is gold-leaf, the other is just a manual, but that way you don’t smudge the gold one.

Hand-loaded bullets are covered by the warranty now, because Glock knows they can’t tell if you were using them anyway.  This is only true for the Anniversary model, because Glock doesn’t really expect people to shoot them, just stick ’em in safes and think happy thoughts. 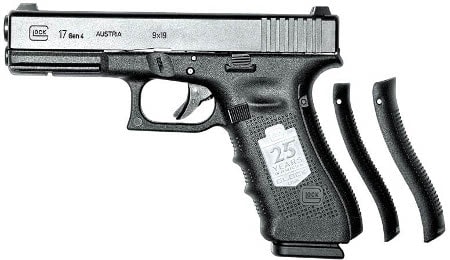 If you do decide to shoot it, the 25th Anniversary Glock 17 will grow a hog nose.  Unlike other Glocks, yours will actually be usable to sniff out truffles. 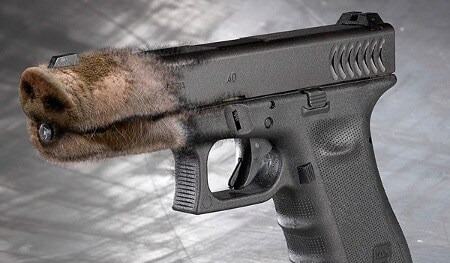 The magazines were re-designed by John Woo and have a 99-round capacity, for a total of 99+1 rounds.  Glock does not recommend loading it past 75 rounds because that shit gets heavy. 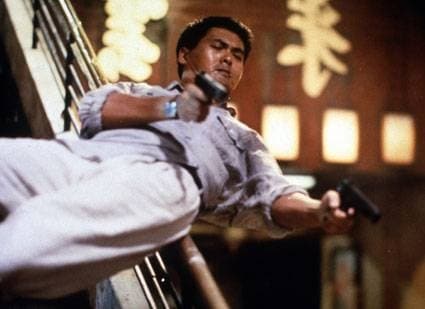 The pistols have all been shipped to Vienna to be blessed by Cardinal Christoph Schönborn.  The consecration allows the firearms to be used by all Catholics and any others fighting for good against evil.  The gun is blessed, but the properties are not passed on to the bullets, so the manual recommends that you use it as a hammer should you encounter anything unholy. 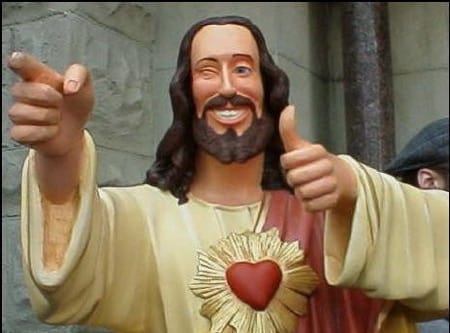 The little plaque is actually magic.  Once and only once, it will animate itself and fly into the path of a bullet that would otherwise strike you.  After that it must be sent back to the factory for their wizards to imbue it with another charge. 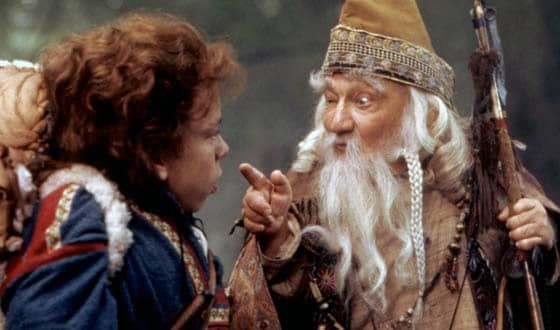 That’s it for our source.  Have you heard about any other properties of the 25th Anniversary Glock 17?  Let us know.