Last Sunday, Dr. Audrey Magoun, a researcher with The Wolverine Foundation, a not-for-profit think tank that works closely with state wildlife agencies including the Oregon Department of Fish and Wildlife, confirmed the tracks of a wolverine—an animal that is elusive and sparsely distributed across Canada and right down scarce in the lower 48—in Oregon’s northeast Wallowa Mountains. 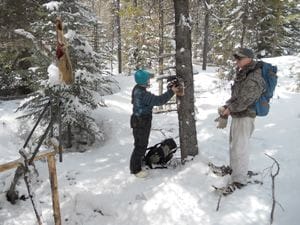 Magoun found the tracks in a more than 500-square mile stretch of woods called the Eagle Cap Wilderness by some measure ironically as she hiked to a remote camera set up for just such a purpose: to capture images of the largest member of the weasel family. 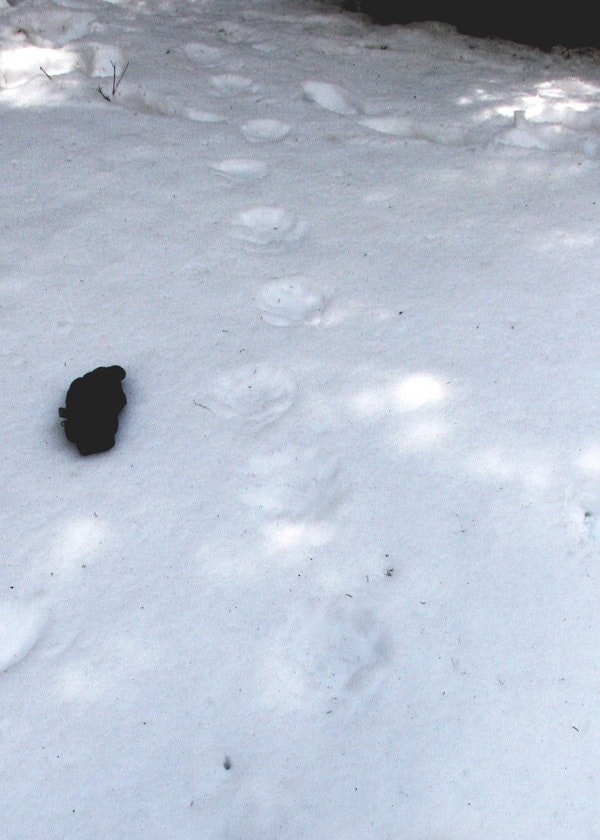 She and three other biologists confirmed the tracks (and also that they belonged to a male) and postulated whether the typically solitary wolverine was in fact alone or in a pair and possibly engaged in a prolonged and not very well understood mating ritual.  They got an answer five days later when they caught two separate wolverines on their cameras, downloading the images remotely from a bait station. 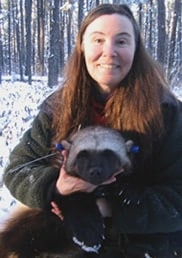 “They are clearly photos of two different individuals,” Magoun said. 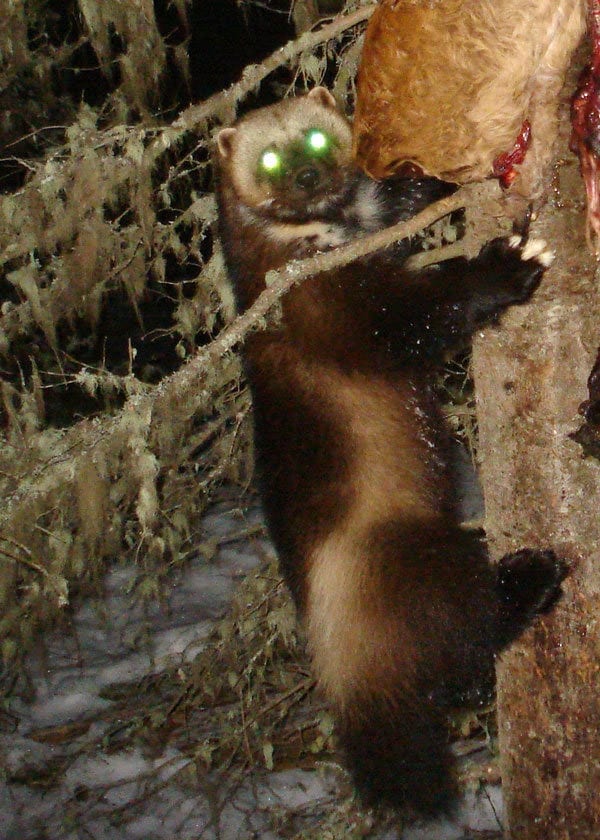 The photos were taken on April 2 and 13 and downloaded on April 22, 2011.  After breaking the photos to the press, Magoun and her research assistant Pat Valkenburg reconfigured the setup of the camera site to get photos of the wolverines’ abdomens.  This she claims will enable her to determine the sex of the animals.

Vic Coggins, district wildlife biologist reported to The Oregonian, “This is the first confirmation of a wolverine in Wallowa County. We’ve always thought it was good habitat and we’ve had reports, but nothing we could verify until now.” 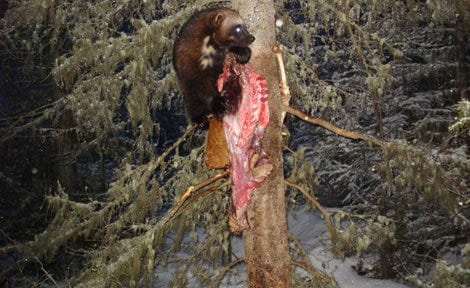 At various times and by various peoples, wolverines have been called gluttons, carcajous, skunk bears, quickhatches, or gulons.  Most likely because of their otherworldly, jumbled appearance, notorious ferocity and appetite and covert nature, these animals are featured heavily in the folklore of most native cultures of the world’s Tiaga, from Alaska to Finland to Russia. 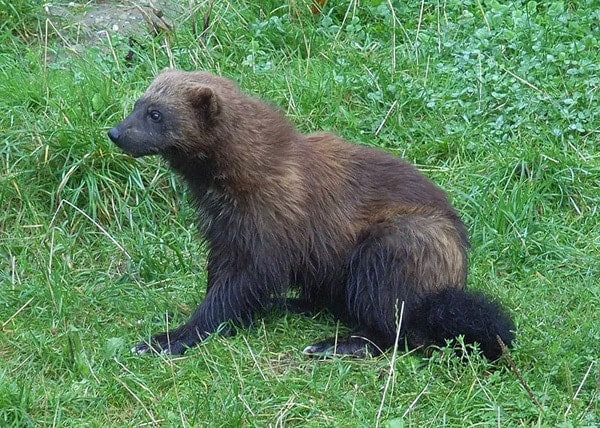 Wolverines are usually described as a cross between a bear and a wolf (etymologically the name “wolverine” is thought to be rooted in “wolvering” of unknown origin but commonly held to mean “little wolf”) and weigh up to about 70 pounds.  Known for their voracious appetite (the animal’s Latin taxonomy literally means “glutton”), the animal’s strength in comparison to its size is fabled among outdoorsmen.  Deeply territorial over food, wolverines will chase bears and wolves from their kills, adopting defensive positions when it is outnumbered.  They are also said to smell absolutely putrid.

The first video is wolverine approaching two wolves and what is possibly a downed caribou and basically just taking it over the kill.  The wolves make one weak attempt to get it back but to no avail.  Guns.com suspects this footage is from a research team in Europe because of the weird techno music playing the whole time.  The second video is of a wolverine defending its kill.  Check out how it just latches on to the wolf’s nose and doesn’t let go.  That’s one way to let him know you mean business.

As early as the 1930s, game officials officially “thought” Oregon’s wolverine population had been hunted and trapped to all but extinction, but they never went so far as to state the animals had disappeared entirely from the state’s expansive Northwoods.  Over the decades and up until the 1990s, minimal and frustrating evidence of the animals alluded to but never confirmed a “native” population of wolverines in Oregon (wolverines are known to travel great distances alone so pinning down wolverines home territory can be difficult). These were mostly inadvertent trappings or the found remains along highways.

By 1975, the Oregon Game Commission listed the animals as a threatened species and in 2010 biologists announced that they would begin the evaluation process for inclusion on the US Federal List of Threatened Species.  In Canada the wolverine population is healthy and stable and breeding populations of wolverines have been identified in the region east of McCall, Idaho, in the Payette National Forest.  There are also a few pairs in the North Cascades of Washington state.