The Greatest Gunfights You Never Heard Of

The Gunfight at the O.K. Corral, Little Bohemia, the shootout at Stinking Springs, all of these have been written about and been shown in movies, but there are many other gunfights that have never really been told in detail. Here are two that involve one well known figure, and another you probably have never read about before. 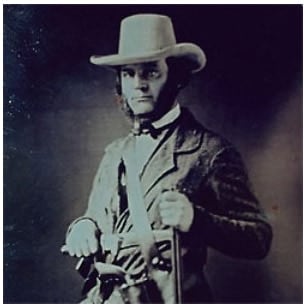 On December 19, 1854 one Captain Jonathan Davis and two other prospectors were on a miner’s trail in the Sierra Nevada Mountains. They were ambushed by fourteen bandits who only days before had robbed and murdered ten men. 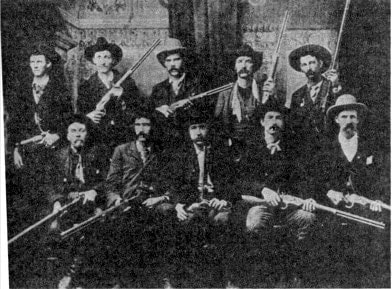 As the bandits jumped out of the brush, the first prospector was set upon and killed without getting a shot off while the second only managed a couple of frenzied shots before he too was wounded and fell to the ground. This left Captain Davis—a mutton chop sporting, South Carolinian with a reputation as a formidable opponent with a gun—who quickly drew his pistols.  With nearly every shot he dropped a bandit. When Davis’ revolvers are empty, seven bandits lay dying on the ground.

But Davis was not done.  Pistols rendered useless, he then whipped out his Bowie knife and took on four more bandits, all armed with knives and a short sword. One was quickly stabbed to death and without hesitation Davis quickly dispatched the other two knife wielders in short order. The last three bandits flee for their lives after Captain Davis removed the nose and index finger from the gang’s leader. 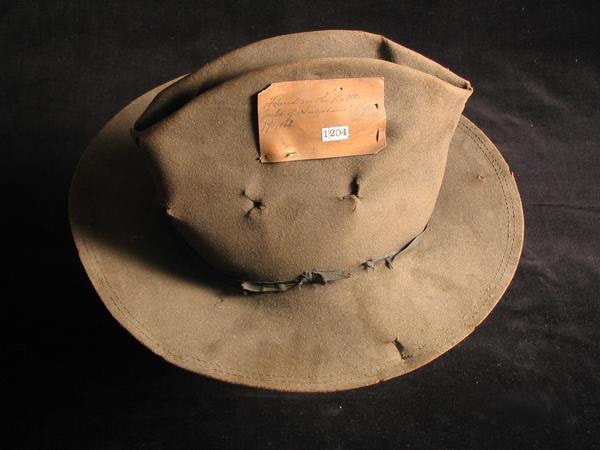 When the smoke cleared, Captain Davis was only slightly wounded but there were several holes in his clothing from the lead balls fired by the bandits, six in Davis’ hat alone. There was also a substantial sum recovered from the bodies of the dead bandits, none of which survived their wounds. The money was given to the family of the second prospector who died only a few days after the ambush. 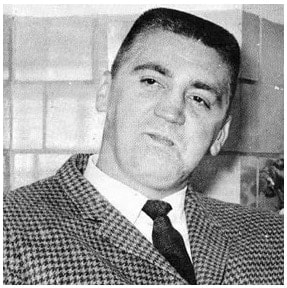 The other gunfight was far less glamorous, but one of the participants is considered a legend in law enforcement (and the incident the subject of 21st century conspiracy theories as seen in the video below). On February 1, 1966 McNairy County, Tennessee Sheriff Buford Pusser had two warrants to serve on Louise Hathcock for theft and possession of illegal whiskey at the Shamrock Motel.

Peatie Plunk told Pusser, who often didn’t wear a gun that he really should in this case. Pusser strapped on his Smith & Wesson .41 Magnum and headed out to arrest Hathcock. 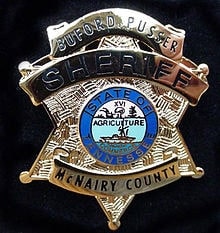 When Pusser arrived he found Louise Hathcock plastered on her own hooch. Pusser had one of his deputies watch Hathcock while he searched the room, uncovering a case of whiskey. However, Hathcock was able to lure Pusser into another room and away from his backup with the promise that she would tell him, and only him, the whole story behind the crimes. 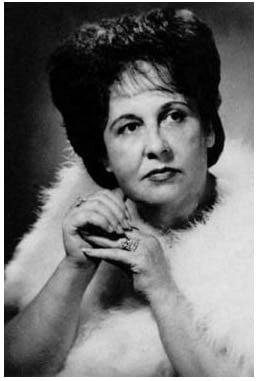 Pusser followed Hathcock into another room only to be surprised when she pulled out a .38 Special revolver from her bathrobe and fired once. The shot missed Pusser’s head and passed through a window. Pusser on instinct jumped back to keep from being hit but fell over a bed only to be advanced upon by Louise Hathcock as he lay sprawled on the floor. She pointed her revolver at his head and pulled the trigger.

Nothing happened. Pusser then drew his .41 Magnum and shot the drunken Hathcock in the left shoulder, the impact spinning her around. Another shot hit her in the chest, dropping Hathcock to the floor.  As he got to his feet, Hathcock was still trying to fire her revolver, so Pusser fired a third shot which struck her in the jaw, the bullet exiting her skull. Pusser was cleared of any wrongdoing in the shooting. 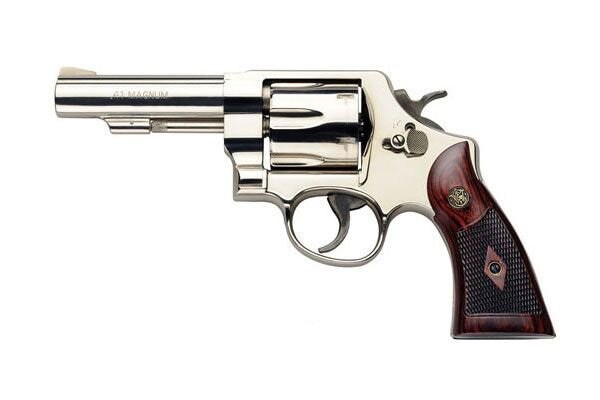 Who knows how many other gunfights out there we have never heard of? Here are two, one of a man’s resolve in the face of overwhelming odds, and the other of a man’s coolness under fire with a little bit of either luck or divine intervention, I’ll leave that for you to decide which.