France Orders its Riot Police to Stop Drinking on the Job

“Hold my beer and watch this;” more terrifying words have not be spoken by riot police since “We are clear to use live ammunition.”

France is on a planet of its own.  It’s a very different place than the U.S. or even other parts of Europe.  Drinking has never been a taboo there, they never had a prohibition, a temperance movement, or Puritans.  The average French person age 15 and up (the drinking age is 16) consumes 15.8 liters a year, 43 grams of alcohol per day, or about three drinks every day when spread out across the whole population.  Basically, for every drink you have, someone in France is having two.  It’s completely normal to have five, six, seven drinks in a single a day just ’cause. 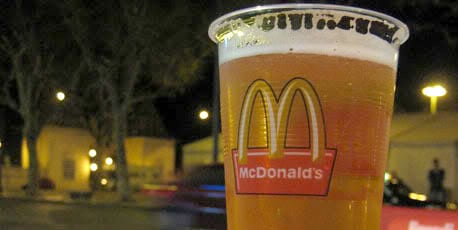 Alcohol is subsidized for, well, patriotic reasons, and is usually cheaper than soda or water, so the idea of having a beer or single-serving bottle of wine with lunch is, well, not really a matter of debate; you just do it.  It’s on the value meal at McDonald’s after all.  And having a beer with lunch on a workday is equally a non-issue.  (Especially if you kill a six-pack daily, what’s a beer with a meal?) 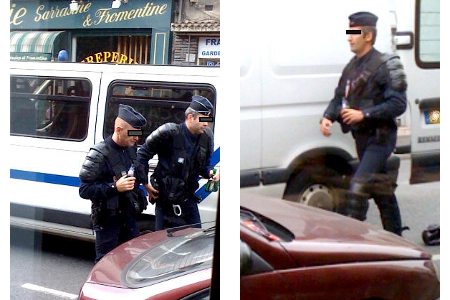 But there are rules.  You can’t drink in the streets for one, which is exactly what these riot police were doing on their lunch break.  They were on duty in case a student protest over teacher pension and labor cutbacks turned violent.  It did.  (Video of kids getting tear-gassed.) 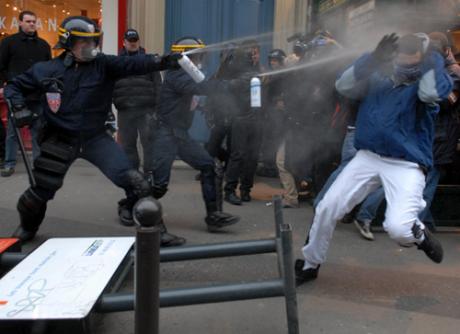 “This morning, the protest against the elimination of high school teaching positions at Enghien-les-Bains degenerated. According to police sources, five hundred high school students have sown disorder in front of the Gustave Monod high school: cars on fire, thrown stones, tear gas and flash balls. As a result, two youths were arrested and two were injured on the side of the law.” 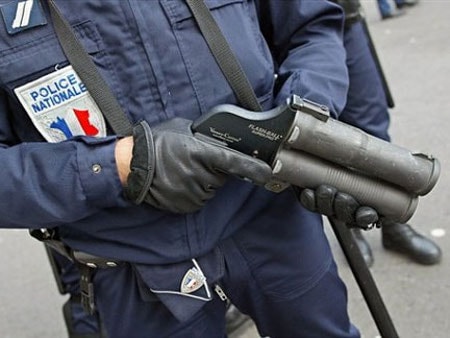 (Does that read as if the police blame the high schoolers for the tear gas and flash balls?  Something tells us that those aren’t available to children in France…)

The fallout has lead to the prohibition of the Compagnies Républicaines de Sécurité, or CRS, from drinking on the job. 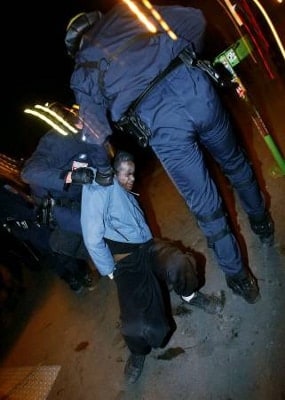 The CRS have been a controversy since they were formed.  Originally a civilian militia created by the Vichy government to keep the peace and prevent French revolution towards the end of WWII, entryist Communist sympathizers quickly took over the riot police.  The CRS was later reconstructed after several pro-communist riots broke out and the riot police sorta got lost on the way there.  (Hey, have you been to France?  The streets are all windy and that was way before they invented GPS.) But they were never able to wash away the stigma of their Vichy roots, and are still considered to be the Autocratic arm of French government. 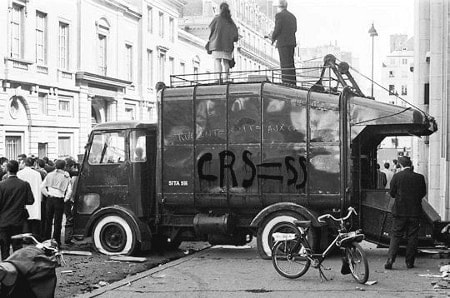 Essentially this is the result of public outrage, not necessarily the idea of cops having beers with lunch.  But it’s worked, and now the CRS is a dry police force.  So, what is the CRS going to do about it?  Right now, they’re complaining.  “Does the fact that having a glass of wine while eating prevent any kind of worker from carrying out their job? I don’t think the chief of police drinks water when he’s having a meal,” said Paul Le Guennec of the riot police union, Unité Police SGP-FO. 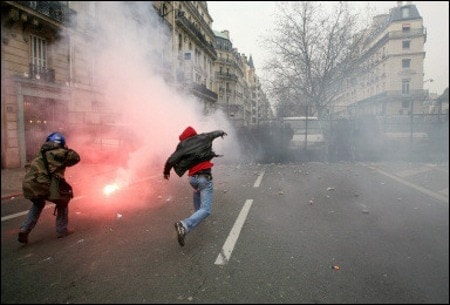 They’ve gone on strike before; what happens if they start a riot?