SRM Arms, Inc. makes a shotgun.  It’s available in three different sizes (perhaps in the future?) but all they make is that shotgun.

It is the 1216, an automatic shotgun with a rotating cylinder of magazines, a hybrid revolvershotgun, if you will, that can hold up to 16 rounds.  Honestly, we can’t tell you much about it, because not that much is known about it. 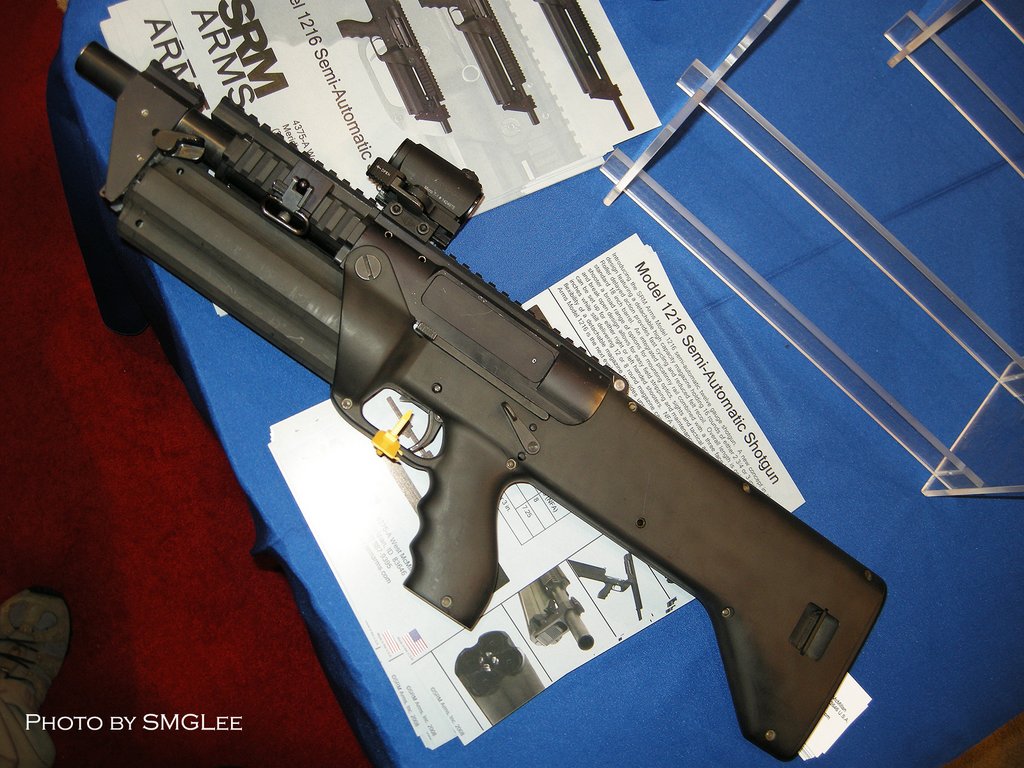 We know it was contracted by the Marines to develop a better military shotgun, it has a short stock and the firing control group very far back; any further back and it would almost be a bullpup.  With an 18″ barrel it’s overall length is only 34″, and it weighs 8lbs dry. 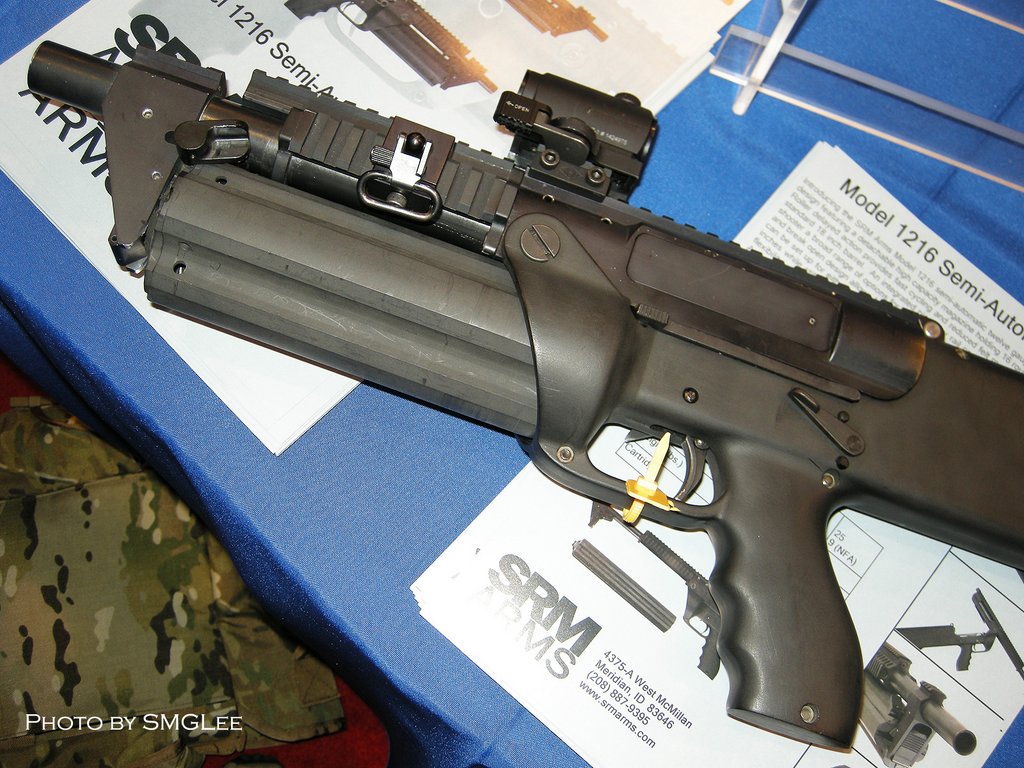 We can tell you that the receiver is ambidextrous in that the user can swap parts for either left- or right-handed controls, that it uses detachable magazines you manually select tubes for, and that it’s automatic.  It shoots 2-3/4″ and 3″ shells of all loads. 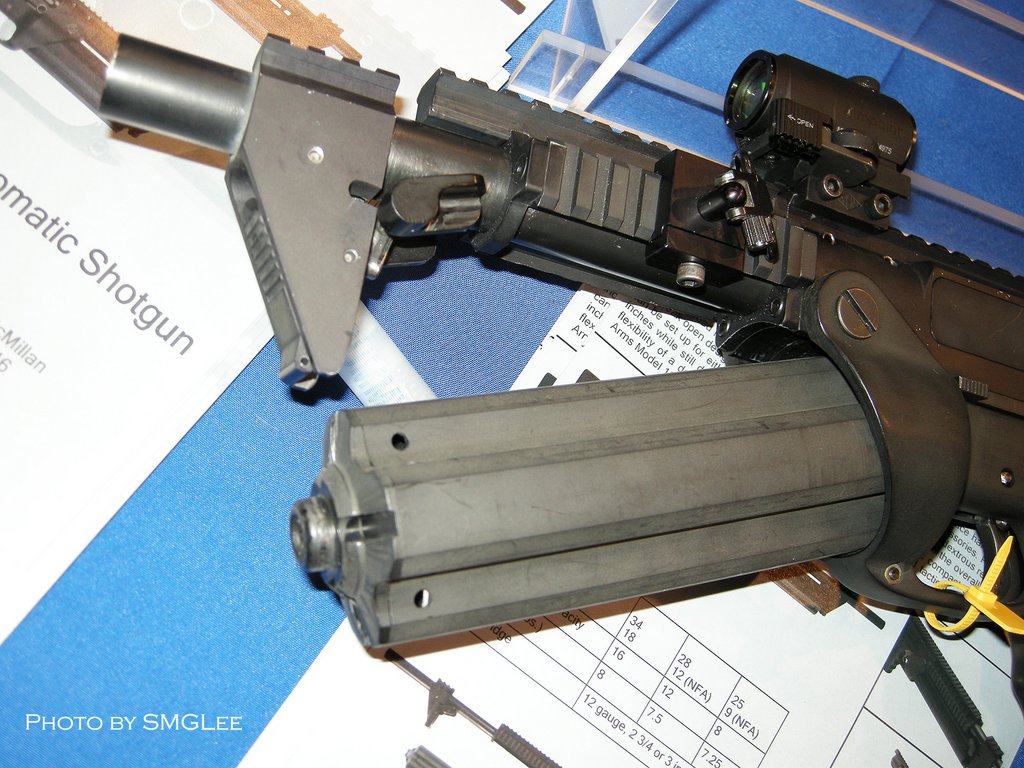 It is also for sale to civilians now, albeit with a heartbreaking price tag of $2,400.  ($200 per magazine!)  Just the full-size, neither of the shorter-barrelled, shorter-magazined shotguns are there. 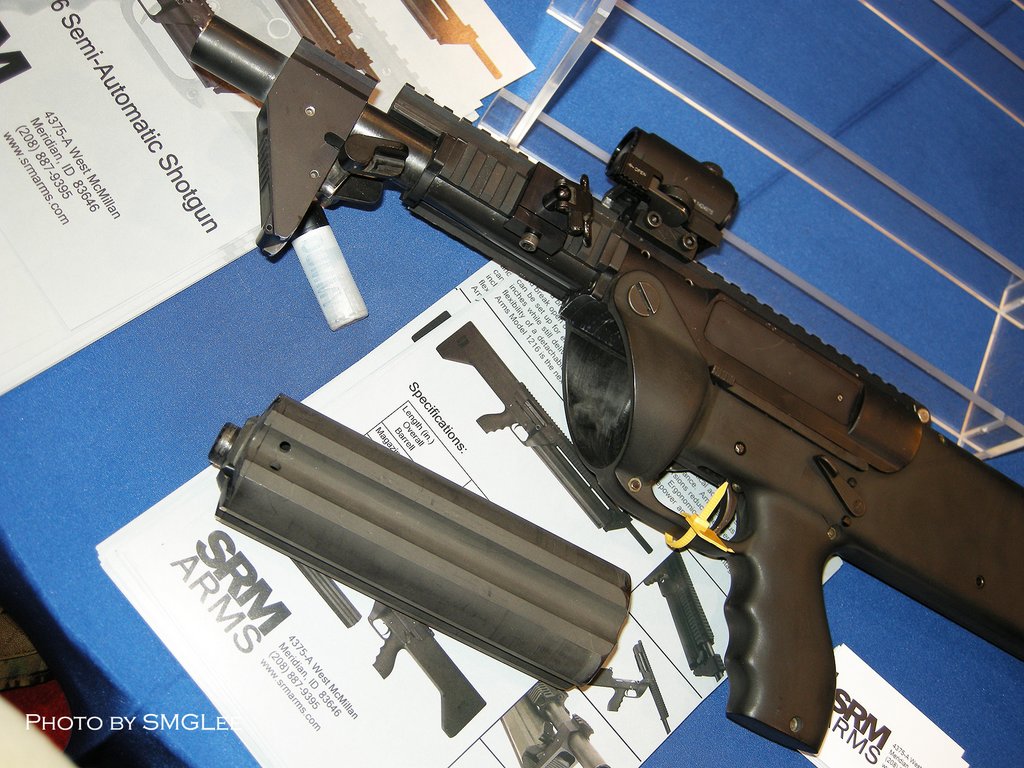 SRM Arms has a promotional video of the 1216 in action, and we have to admit, the rear-set design combined with probably the weight of the ammo really looks like it keeps the shotgun on-target.  And even though you have to manually cycle through the magazine tubes, it doesn’t take a lot of time at all.  You do have to hold it just so, and you better keep your thumb clear of the barrel, but, well, watch:

A lot of experimental designs get announced a SHOT every single show.  So many of them don’t make it, they fall off the radar, and a cool idea goes poof.  Well that’s not the case for this bad-ass shotgun.  So what are you waiting for, start selling tissue and get you one. 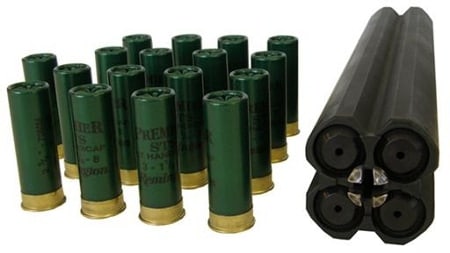