Night Time Is the Right Time for Furry Critters

I had been watching the tree line near the edge of my property waiting for a response to my fawn in distress call. The shifting shadows in the moon light made it easier to see over the coating of snow. Suddenly I spotted a blurry shape coming through the trees, a quick glance through the scope when I switched on the red light illuminated the large raccoon that apparently had an empty stomach and was out for a midnight snack. 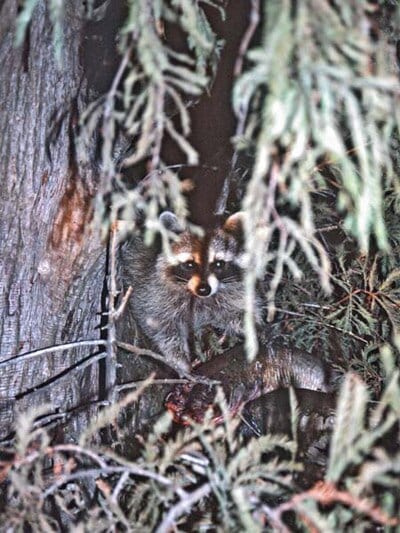 Hunting furbearers at night brings out a whole new set of challenges for those who have never tried it before. For those who are used to taking long distance shots over several hundred yards will quickly find that range cut down considerably. I have never taken a shot at night over seventy yards simply because I could not see the target that well even with a good light. 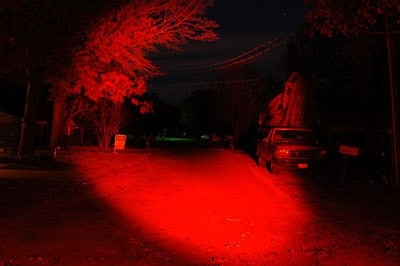 With furbearers—the only thing legal to hunt in the dark here in New York—if you are trying to save the pelts than you might not want to use a shotgun, even though in the dark they provide you with a better advantage over a rifle when that furry critter is on the move. 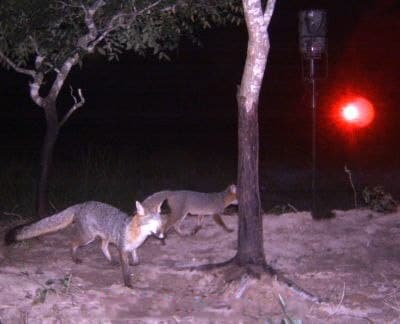 One thing that you will need to supplement your gear with is a good light with a red lens. There are some very gimmicky ones that strap on to the scope of a rifle but I found these to be more of a hassle than a help. I finally settled on a small Black & Decker cordless light that I taped a red lens from an old military flashlight on to and it works better than anything else since I can turn it on and leave it on. 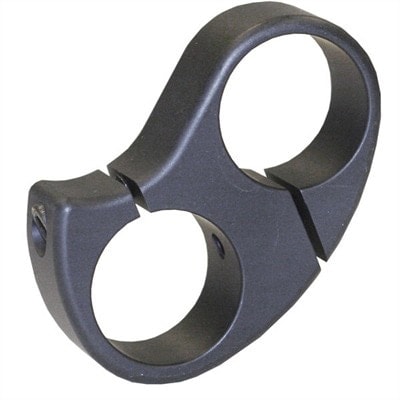 I have used a variety of mouth blown and electronic calls over the years and I cannot say for certain which I prefer, having had good luck with both. I would make certain though that you know what game is in your area. There has been a severe shortage of snowshoes and cottontails where I live and have yet to get a predator to come in quickly to a call mimicking a dying rabbit. 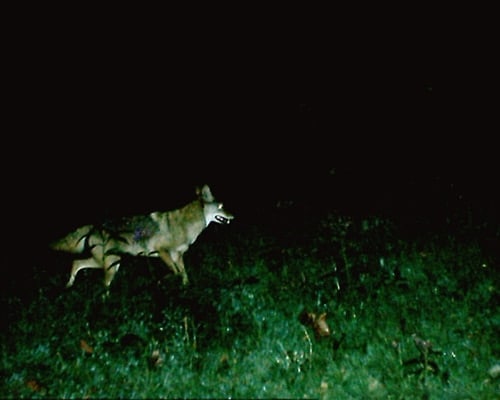 Make sure that when you are hunting at night that you wear the same camo gear that you would during the day. There is a reason those predators are more active at night, and their eyesight is extraordinary. The uncovered face of a human being will actually appear to be glowing to a coyote or a fox in the dark, and they will see you long before you can get them lit up. 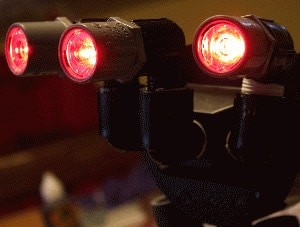 Night time hunting for varmints can be great fun, and a great cure for those who have insomnia. I know it sure beats watching infomercials and reruns of old sitcoms!