Springfield's Giving Away Lots of Guns!

In a dueling promotion going on right now, hosted by Springfield Armory, you can vote on whichever gun you like best, either the new XD(m) 3.8 Compact, or the Range Officer.  The person with the most votes at the end of the promotion wins one of each.

Which means that the person who wins has coded up some kind of script that automatically puts in a vote every hour. Actually, let’s hope it’s that because the other possibilities are all kinda sad. 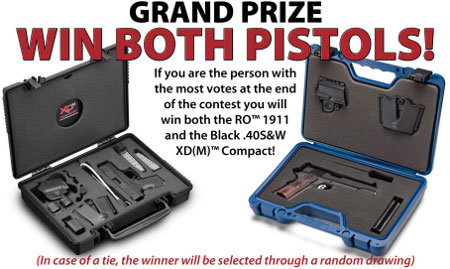 But every day there’s a random drawing where your meager votes are actually in contention, and the prizes are all over the map, from Springfield-logoed hats and mugs to actual firearms, the firearms being those featured in the duel.  There are clocks and range bags, and something called “Fever Friday” where one prize is given away every hour.  So sign up and go nuts.

Quick refresh on the guns being dueled (read this with your action movie trailer voice.)

The Springfield XD(m) is an updated version of the Croatian Masterpiece, the XD/HS2000.  It has a match barrel, competition sights, and an enhanced grip with an extended magazine that holds 19 rounds.  The 3.8 Compact features a 3.8″ barrel and a shortened grip for use with concealable, compact 13-round magazines, but the gun also uses the 19-rounders with or without a grip sleeve.  It is the striker-fired pistol of the 21st century. 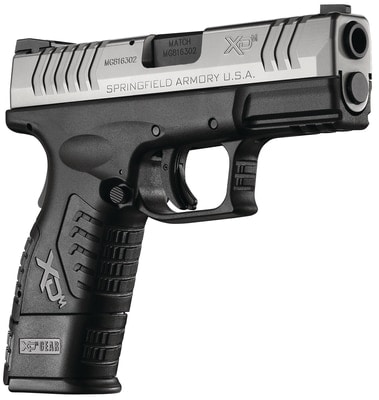 The Springfield Range Officer is a competition-ready .45 ACP the likes of which no 1911 has been made before.  It has a full five-inch barrel with all-match-grade hardware, a polished barrel bushing and adjustable target sights.  It’s got a deep blue finish with checkered coco bolo grips, a lowered and flared ejection port, and an adjustable lightweight long trigger that breaks clean at five pounds.  It is the greatest 1911 for the Year of the 1911. 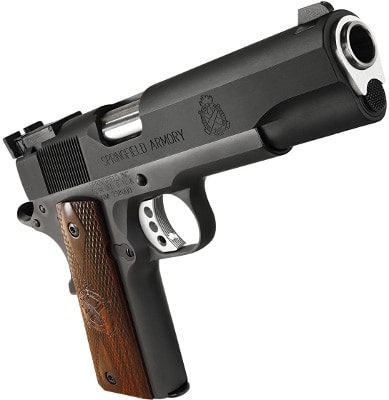 This right now, there is a duel going on.  For your vote.

Your vote has never been more loaded. 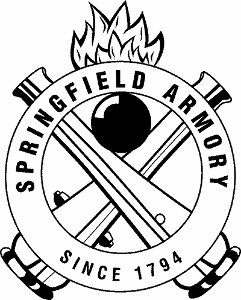 Seriously, though.  All they want is your daytime phone number, home address, and email address.   And your age.  Whelp, free guns ain’t free.  We gave them all our contact info.  Look, it’s not like they’re going to steal your identities; there’s not much worse you can do than to first arm someone then screw up their credit.  That just doesn’t make a whole lot of sense.