When the Ruger SP101 was introduced as a smaller-frame counterpart to the medium-frame GP-100 back in 1993, I thought the 5-shot revolver in .38/.357 Magnum was “kinda cute,” but I wondered what it was going to be when it grew up. And with it packing a .357 Magnum punch, it seemed to a lot of power coupled to a lot of recoil. 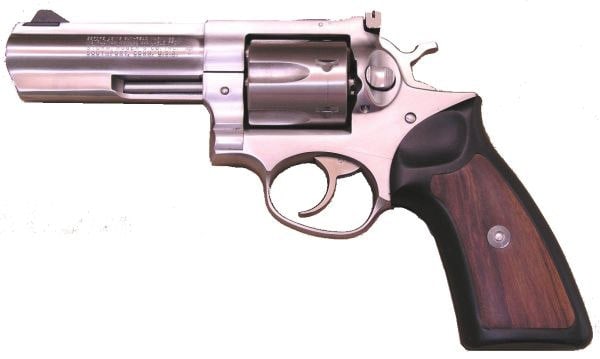 At last year’s SHOT Show in Las Vegas, the Sturm, Ruger booth had lots of banner advertising their 2011 introductions, as well as a few talking about their “tried-and-true,” SP101.

Nice thing about the SHOT Show is, all the toys are on display, and they actually encourage you to look at, handle, and fondle the offerings. So while I was between video shoots and waiting to meet with Ruger’s PR folks, I spent a few minutes over at the SP101 display and picked up the revolver that was chambered for the .327 Federal Magnum cartridge. While the overall basic size and feel of the revolver hasn’t changed, I did like the idea that it was chambered for six rounds, instead of five. 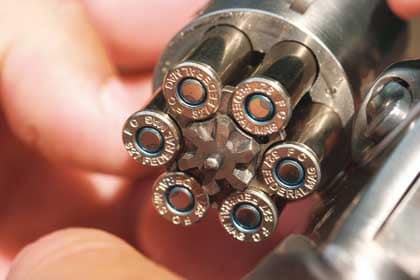 About that time, Ken Jorgenson from Ruger’s PR department came up and I told him, I like the look and feel of the revolver in the .32 caliber family, but how about stopping power for personal defense and recoil? Ken was quick to the task in telling me, it was one hell of a cartridge. 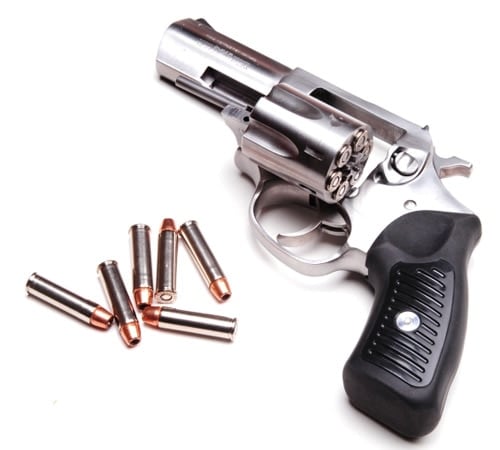 “We introduced it in early 2008, as we saw a need for a gun and cartridge combination that was small, compact and easier to shoot than a .357 Magnum. The .327 Federal Magnum fills that bill, in that it has a lot of stopping power, without excessive recoil, and enables shooters to target practice using a host of lighter, non-magnum .32 caliber cartridges. It really became an instant success story, and in 2009, the cartridge won the NRA Publication’s prestigious Golden Bullseye Award for “Ammo of the Year.”

Ken knows how to hit the hot buttons of an outdoor/firearms writer, and I immediately told him I wanted to test one out. When it arrived at our local sporting goods store, the owner quipped, “bet it kicks like a mule! Those little snubby guns are the type that kill on both ends when firing.” 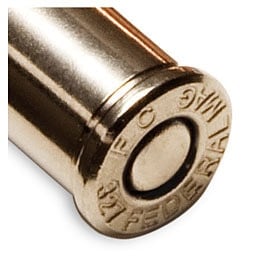 I assured him, that I was about to find out, firsthand, and if I didn’t come back from the gun range, it had been nice knowing and working with him.

Out of the box, the SP101 has a solid feel in your hand, and features black rubber grips that are designed to absorb recoil. Tipping the scales at 28-ounces and sporting a satin finish, the metal-to-metal fit is excellent, and there is no cylinder sloppiness in either the cocked or uncocked position. The hammer is small, as to be expected, but feels somewhat tight when trying to cock it back into the single-action position. Dry fired in double action, it was smooth and in our bench test, measured at about 9.5 pounds of pull. Turned over to a competent gunsmith, I would imagine they could have it down to around 9 pounds or under. And because the SP101s have solid steel sidewalls (no side-plates), doing any “fine tuning” should be left to a professional. 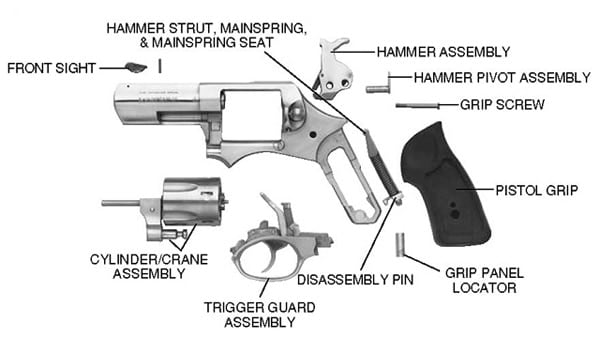 Sights on top of the 3 1/16 barrel are clean, but nothing to write home about. Front sight is a black fixed blade, while rear sight is adjustable for windage, but not elevation. Drawn and readied to fire in any sort of low light conditions, or even when aiming at the black circle on a paper target and the front sight virtually disappears. Adding a drop of bright red nail polish was a quick fix for our shooting, but buyers really need to think about adding a fluorescent insert to the front sight, or changing out Ruger’s factory offerings all together. 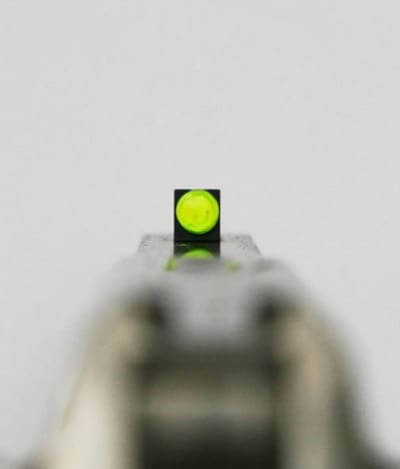 As with any gun out of the box from the factory, give it a thorough cleaning before heading to the range. Our favorite is the chemical spray can of Gun Scrubber, along with a good coating of gun oil.

Much like any gun, the key to success for hunting, shooting or personal protection is the combination of the gun itself matched to quality, purpose-designed ammunition. Because Ruger touts the fact that the SP101 can shoot the lesser .32s, we tried them first. Recoil was surprisingly light and accuracy was good at 7 and 10 yards. 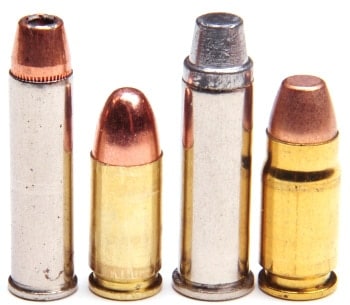 So after playing around, it was time to get serious and we started shooting the ammo that the gun was designed for—the .327 Federal Magnum. Here is where the shooter has a choice of several different loads. For target shooting, under the American Eagle (AE) brand of ammo, there is both an 85 and a 100 grain jacketed soft-point offering. There is also a 115 grain Gold Dot hollow point from Speer. For our testing, we armed ourselves with the AE 100 grain JSP loads that were rated at 1500 fps at the muzzle, along with the more expensive Federal Premium 85 grain Hydra-Shok jacketed hollow points rated at 1400 fps at the muzzle. 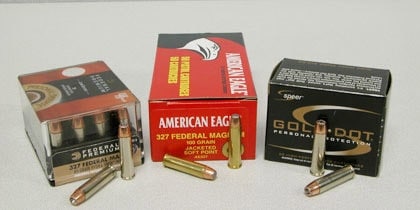 The .32 caliber revolvers have long been touted as a choice for ladies or beginning shooters. However the .327 Federal Magnum is anything but that. Felt recoil with both loads, using a two-handed firing stance was slightly less than a standard .38, and appreciably less than a .357 Magnum. However, that is not to say that the gun does not kick.  It does. It’s not brutal, but it’s not a .22 Magnum either. And while the AE 100 grain load may be cheaper to shoot for a day on the range, our testers actually preferred the 85 gain Hydra-Shok loads as the tamer. 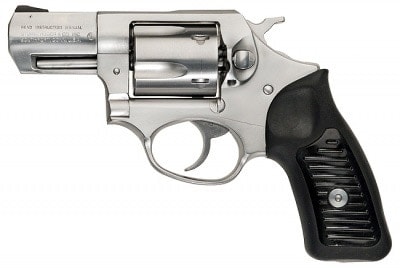 But on the plus side, that slightly reduced felt recoil, also translates into ballistics with “bullet on target” that are comparable to a .38 +P, or .357 Magnum. Personally, I think that the 85 grain JSP from AE would be a good all-around choice for target practice at the range, and then loaded up with the Hydra-Shok loads for personal defense.

Gun size, caliber and ballistics comparable to a .357 Magnum, without the punishing recoil makes the SP101 a compact, carry-concealed or home/personal gun of choice.