When you consider him alongside other notably delusional leaders engulfed by their own sense of self-righteousness (Pol Pot, Kim Jong-il, Caligula all jump to mind), his story, from front to finish, is actually quite typical.

Born into a wealthy family in Riyadh, Saudi Arabia, he lived a life of privilege that we know very little about. A past cloaked in inconsistencies and contradictions—currency evil men often trade in by necessity—he received a Western education at exclusive universities in the Middle East, invitations to royal galas and flew expensive toys around the world.

By 17 he had married his cousin.  He would marry four others.  By the 70s, dissolute over his lifestyle, he became a homespun scholar, spinning Sayyid Qutb like a young Stalin spun Lenin.  By the 80s he was a freedom fighter in Afghanistan.  By the 90s he was a terrorist.  By the 2000s he was without rival the most reviled man in the United States and the most wanted man on the planet.

And now, after a 10-years on the run, a 25-million dollar bounty and a decade of divisive and often damaging decisions in American politics linked directly to his actions, ideology and mere existence, Osama bin Laden has been confirmed dead by the US government. 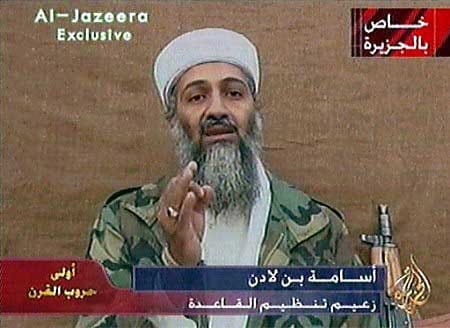 According to the President’s address to the nation last night and corroborated today by intelligence officials, the beginning of the end for Osama bin Laden began about two years ago when, during questioning, several unnamed detainees mentioned to US interrogators the existence of a courier, evidently so trusted by bin Laden that there was a good chance he was living with him and even acting as his proxy in Pakistan. Determining the information to be credible, the CIA had been quietly hunting for this man ever since.

And by this past August, operatives believed they had honed in on a man matching their description in the town of Abbottabad in Pakistan, in a five-year old mansion just dripping with suspicion.

For years, both officials in the US military and the White House held fast to the assertion that bin Laden was hiding in Pakistan, leading at times to tense moments between the two governments, usually over airspace and the authorization of strike forces within the country’s borders.  Obama had campaigned on his willingness to send troops into Pakistan, drawing criticism from both Democrats and Republicans. 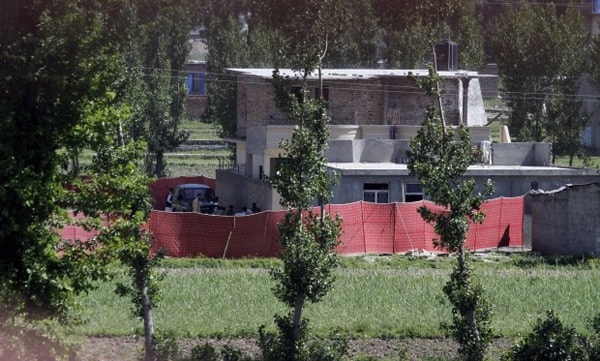 Pakistani officials told CNN that the operation was an American action, though they had been notified about the move by the President personally and even authorized the use of helicopters.  US officials have made comments to the contrary however, maintaining that only a handful of tier one personalities in the American government were privy to the existence let alone the details of the attack.

Surrounded by 18-foot walls crowned with barbed wire, the three-story million dollar garrison was nearly eight times as large as any of it’s neighbors, rising distinctly amidst the open air mansions of an affluent neighborhood about 70 miles from the nation’s capital city of Islamabad.  Two fortified security gates directed the flow of traffic to and from the facility.  This traffic (which was sparse) usually came and went in full-blown motorcades with limos and armored cars moving in unison out through the town’s cobblestone streets.

The third-floor’s defining feature and point of much interest for those monitoring the house was a massive terrace complete with a seven-foot privacy wall. Officials were able to confirm today that this belonged to Osama bin Laden and some of his family.

There were no phone lines, no Internet cables, no cameras anywhere on the property, though US agents are rumored to have confiscated a sizable number of hard drives and video equipment from inside the house. Garbage was burned rather than put out for collection.  Nobody lingered around the building.  The third story occupants were only hinted at through the presence of refuse, the large blueprint and the attending staff, though never seen in the flesh.

All signs pointed to a major terrorist, but the question still remained whether or not it was actually bin Laden.  By February, the sum total of nearly six months of surveillance and accompanying investigative efforts was enough to lead President Obama to, in his own words, pursue a more “aggressive course of action.” Between February and May, he held at least five conferences with his National Security Council.  The only talking point on the table was bin Laden. 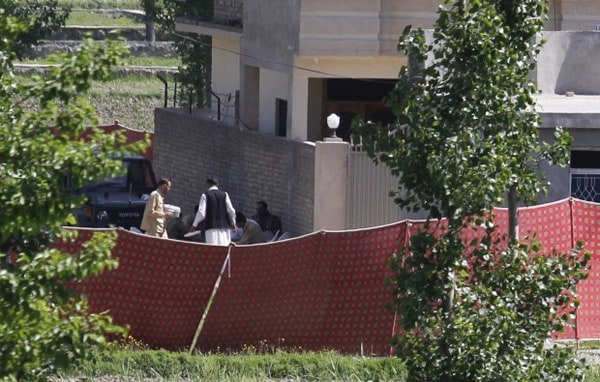 For the mission, SEAL Team Six (officially known as Naval Special Warfare Development Group or DevGru and a part of the super secretive JSOC) were hand picked to carry out the mission.  Together with intelligence officers, tactical signalers, used as decoys and watchmen, and expert navigators, the team was flown across the border from Afghanistan by modified MH-60 helicopters in the early morning hours of May 2, 2011.  The unit reportedly used classified hyperspectral imagers; surveillance systems that are capable of collecting and processing a broader portion of the electromagnetic spectrum and determining unique visual fingerprints associated with targets. 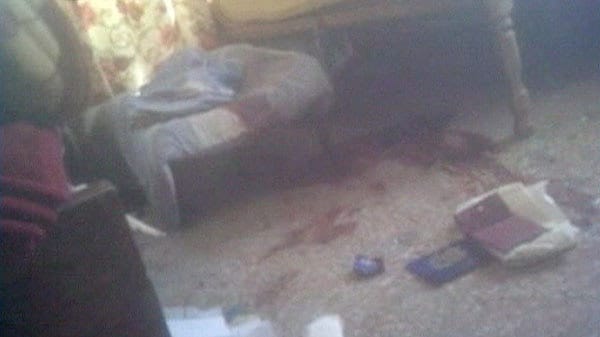 According to the State Department, the firefight took 40 minutes. 22 people were killed or captured including a woman who was used as a human shield. Osama bin Laden wasn’t found until the last five minutes of this battle.  Military officials have told the press that bin Laden resisted US forces. He was killed after taking two shots to the left side of his head, one of which blew out his eye.  No word on the name of the person, who fired the fateful shot.

There have been no reports of US casualties during the engagement, though a helicopter was left behind because of mechanical malfunctions.  It was set on fire (it has been reported by some outlets that American forces blew up the helicopter as a diversion), which eventually spread to the building itself.

Bin Laden had not undergone surgery to change his appearance as many speculated and was recognizable upon sight by US agents.  The US government used facial recognition technology and to confirm the kill and the press is currently waiting on DNA results, which have been promised in due course.  The body was first taken back to Afghanistan and then buried at sea in a manner that was in accordance with Islamic religious practices. The reasoning behind the burial at sea is a matter of speculation at this point, though some have postulated it was a preemptive act to curb violence in retribution for the assassination and eliminate the chances of a cult-of-personality developing around his presumed gravesite.  There were also a number of reports that no country would claim the body.

This story is as fresh as it comes and Guns.com cannot attest to the total veracity of the reporting at this time, simply because of how quickly the story is progressing. We do feel confident everything written here is accurate.  We will continue to follow this story as it develops and you can expect our own continued analysis of what is without a doubt the most important moment in counterterrorism in US history in the days, weeks and months to come.

As you are probably well aware of, for the past 20 years Osama bin Laden as been a fixture at gun shows across the United States with potentially millions of paper targets bearing his image sold to patriotic citizen’s looking to get their shot at America’s greatest enemy.  At the time, this just seemed like fun.  You have to shoot at something so why not shoot at shoot at something you want dead? But in retrospect these targets were in their own way symbolic of America’s fascination with vigilance and in that regard represent a telling picture of the 2nd Amendment philosophy in action, that philosophy being a civilian population that has the ability and willingness to protect themselves and their countrymen from attack from foreign invaders.

In many ways it was this spirit—this commitment to ensuring yours and our protection—that fueled the search for the man who gave America it’s most visible scar long after many believed he would fall into the dustbin of our imaginations, a boogeyman to most and a folk hero to few. And though the mansion, the eleventh hour stand against Special Forces, the modest means all seem to stand in stark contrast to the image of a feeble man dying of renal failure, sitting in a dank cave in the Khyber Pass, one thing remains certain, “justice has been served.”