Scrappin' It: A Simple How-to for Homemade Ground Blinds

It used to be that if you wanted to do some serious deer hunting, you did it from a tree stand. Then slowly over the years lease properties became popular, where not every owner wanted to take the risk of someone falling out of a tree and getting sued, so ground blinds literally began springing up. 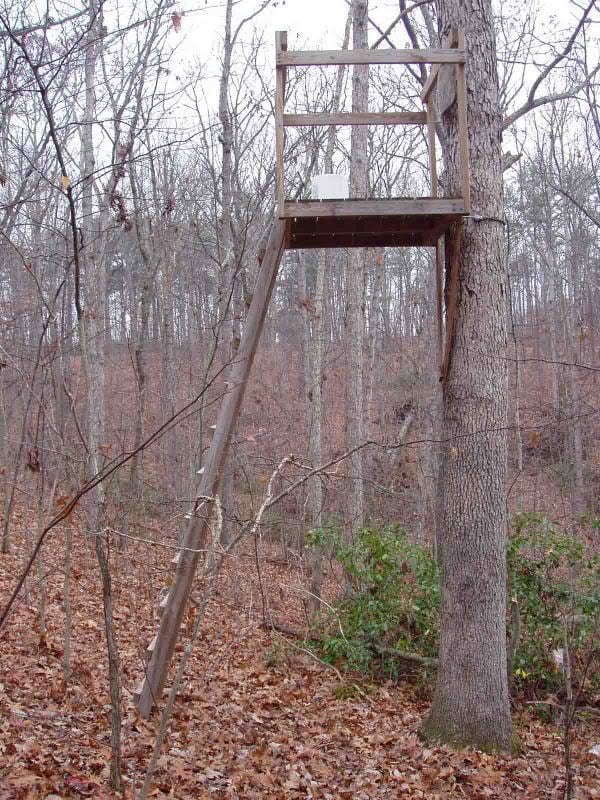 You can buy a commercially made blind, of which there are many to choose from, but if you are even remotely skilled with a hammer, nails, and a hand saw, you can build your own. A ground blind has to do one thing and do it well, hide your presence from wildlife, whether it is a whitetail or a strutting tom turkey.

When my wife and I first moved into our house, the previous owners had left an abundance of materials left over from some renovations. So during the warm months of the spring I set out to work on my blind (make sure that you set your blind up early enough so that animals can get accustomed to it by the season opener). Before you build your blind, sit down and decide what you want, even draw out a little blueprint or scheme. I am not a little guy so I had to make sure I could sit comfortably for hours on end. 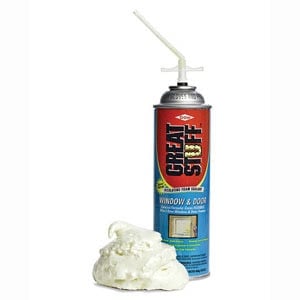 I started off using some pine logs for the foundation, and nailed some wooden slats to the front and sides for support. Since I was using scraps, the front and sides became more or less a patchwork, but they were solid. After I nailed them together, I used some insulating foam in all of the gaps which also helped add strength. The roof was a couple of sections of plywood nailed onto a makeshift frame of small pine logs. I sprayed some more insulation in here to keep any water from getting in when it rains. It wouldn’t do well to have spent all that time on the blind only to get wet while watching for a deer. 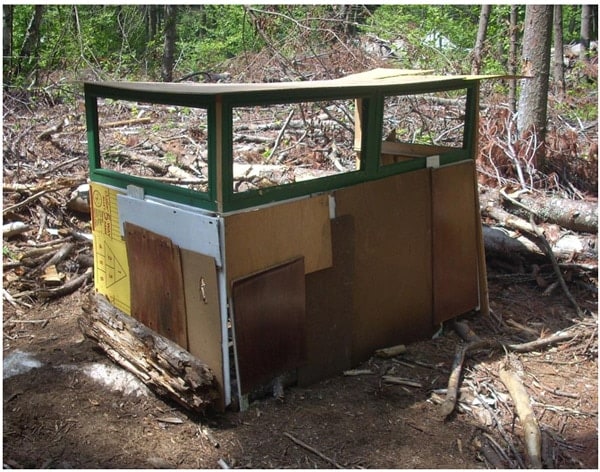 The parts of the blind that really matters the most but is often overlooked are the openings that you are going to be shooting from. I have seen a lot of the commercial blinds with teeny tiny openings that do the job, but limit your peripheral vision. Nothing will spook that big buck more than a doe that you didn’t see taking off at full speed for parts unknown.

My blind was built around my windows which were some old window screens for my basement. I cut out the metal mesh and then nailed two windows side-by-side together and one on each side of the framework. This gave me a large field of view but still allows me to sit low enough to be hidden. The rear of the blind is a thick heavy dark colored cloth that allows me to blend in when wearing my camouflage hunting gear. 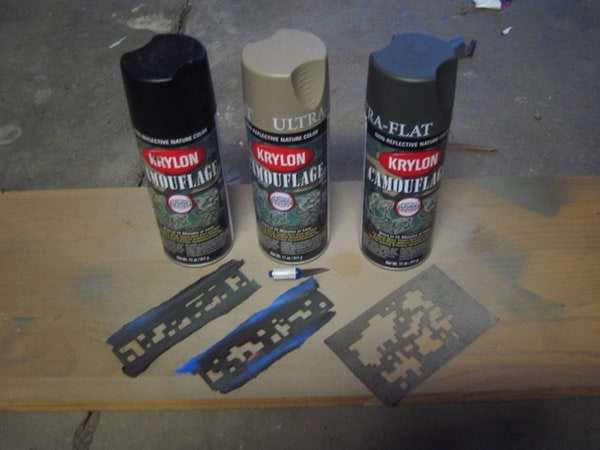 I then took a couple of cans of Krylon’s flat camouflage paint and sprayed on a coat of green, brown, and black. I then built up some brush in front and around the sides to help break up the outline. 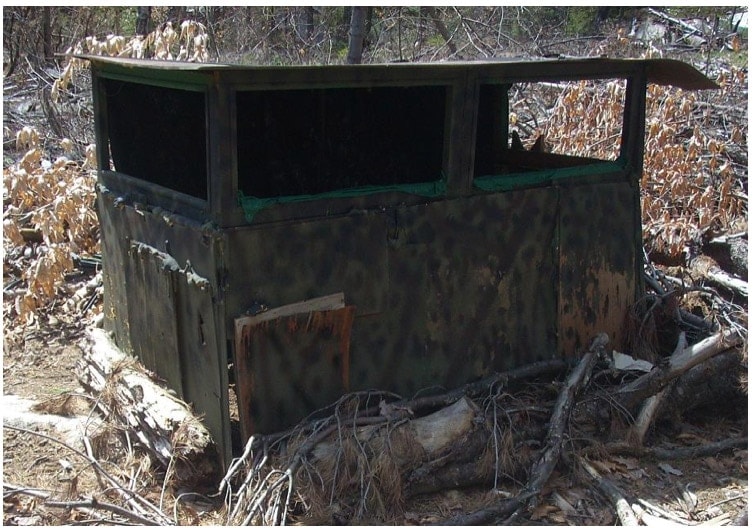 Building your own blind lets you have some freedom in your needs. Maybe you don’t need a huge tent like structure for yourself, or maybe you cannot afford it. Just by using scrap materials the only money I had into my blind was some nails, foam, and paint—maybe twenty dollars at the most and that’s a big maybe. The blind survived our tough Adirondack winter and forty inches of snow on that plywood roof with no ill effects. What more could you ask for?