It’s a video game called School Shooter: North American Tour 2012 and it’s a rare one for Guns.com: something shooting related we universally despise. The point of the game is to do precisely what you might think a game titled School Shooter: North American Tour 2012 would be–to kill as many unarmed students, teachers, and school faculty as you can–so let that thought set the tone for the rest of this article.

This “game” crudely attempts to simulate real life shooting sprees, touching on just about every armed tragedy in the US education system’s history, with weapons based on those used by Eric Harris and Dylan Klebold and locations from Columbine, Northern Illinois University and Virginia Tech.  After completing each level or “spree”, the players are given the option to commit suicide before the law closes in on them.

If the existence of such a thing wasn’t creepy enough, game developer Jaime Lombe, who goes by the online moniker Pawnstick, did what reads like one of the glibbest interviews in recent history with Escapist Magazine after Scott Reismanis, founder of the game’s source site ModDB, pulled the game from the site due to pressure from critics. 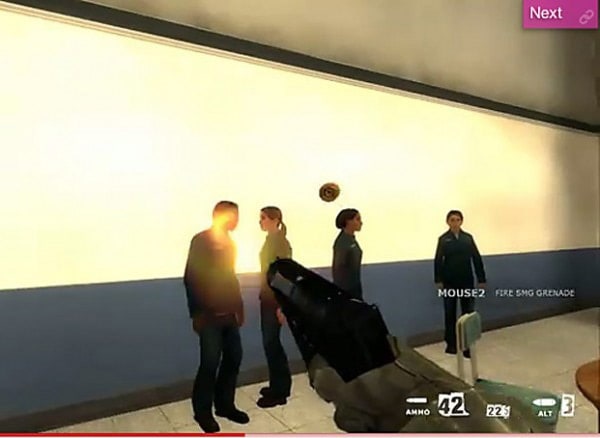 He said in the interview that he created the game because, having played s whole host of other school shooting games, thought that the world deserved better.  From that interview:

“Nobody has ever tried create a proper game about a school shooting.  The way the news victimized the victims and overplayed the evil of the shooters disgusted me more than the actual shootings themselves.”

Lombe added that he was not particularly moved by the tragedy at Columbine.  But the fact is, Lombe’s own little monster is admittedly just a modification of the popular Sci-Fi/Military themed first person shooting game Half-Life 2, only with cheesy graphics and fit-for-a-straight-jacket premise.

The Association for University and College Counseling Center Directors released this statement denouncing “the development and marketing of video games that present such video activities as ‘fun’.” The statement continued: “As campus mental health professionals who first hand experience the tragedy and devastation that occurs in the aftermath of campus violence, AUCCCD believes the production of such products is most deplorable and unfortunate.”

Lombe said that the game will be released despite being banned from its source site.