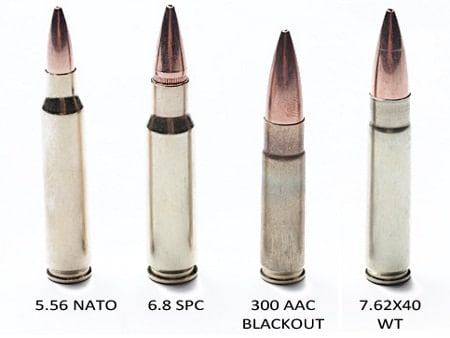 Obviously the new cartridge picks up where the old left off, and its sub-sonic ammunition, what put the “black” in Blackout, is essentially identical.  At the top end with really hot loads the 7.62x40mm cartridge outperforms the 300 AAC. 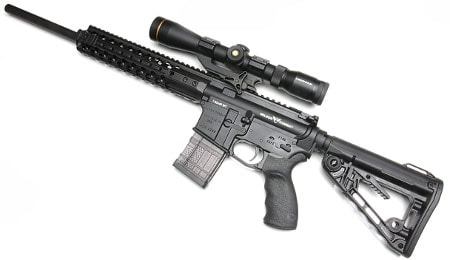 The big, important difference between the two is the brass.  The Wilson Tactical cartridge squeezes .308 bullets into necked-open, lightly-trimmed 5.56mm shells.  This means no special hardware, besides the barrels, has to be made to accommodate the new chambering.  It even works with regular AR-15/ M4 magazines, although at reduced capacity.  (Wilson sells 7.62x40mm-specific Lancer magazines that hold a full compliment of bullets.) 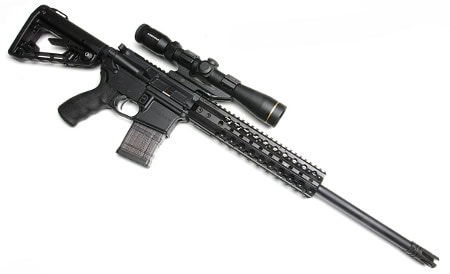 These changes make it more reliable-feeding than the 300 AAC, which due to it’s shallow necking and steep feed angle caused all sorts of problems. 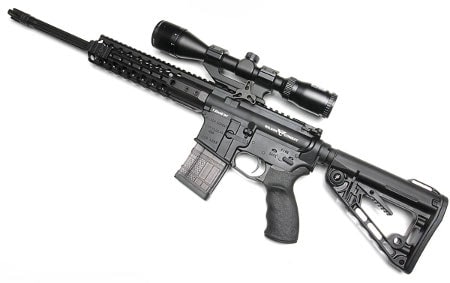 The bolt and carrier are regular 5.56 NATO; this is a single-part switch to get what is claimed to be the softest-shooting .30 caliber cartridge of all time, (aren’t they all). 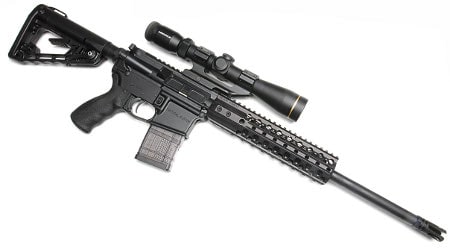 Well, now people can find out for themselves, as Wilson Combat is finally shipping this interesting new cartridge to stores and directly to customers right now.  Of course, you need a rifle to go along with it and Wilson’s shipping them, too.  No word yet on prices but with uppers alone selling for about $1,100, these rifles will certainly be in a class of their own.  Here’s Wilson’s dealer-finder. 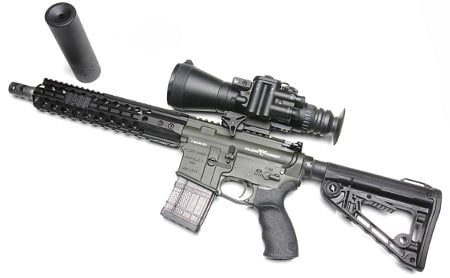 One thing that should be of some relief is that the ammo, for non-handloaders that is, is Wilson Tactical’s cheapest.  They’re selling match-grade 7.62x40mm ammo starting at around $20 for 20, which is in all honesty a fairly competitive price.

You may buy the bullets here, and learn all about the 7.26×40 WT project here.