From a Sows Ear to a Silk Purse: Turning Bargain-barrel Shotguns into Perfect Home Defenders

A couple of years back I was perusing the racks of used guns at one of my local haunts as I frequently do, looking for my newest project. I had been thinking about a new house gun but was on a tight budget. With the entire goings on politically a lot of the so called “tactical” firearms had long since been bought up starting right after the fifth of November of 2008.

After looking through an onslaught of passed over shotguns that were everything from impeccable to barely being held together except by way of gun oil and patina I spotted on one rack a Winchester Model 12 that was in great shape and in excellent working order. 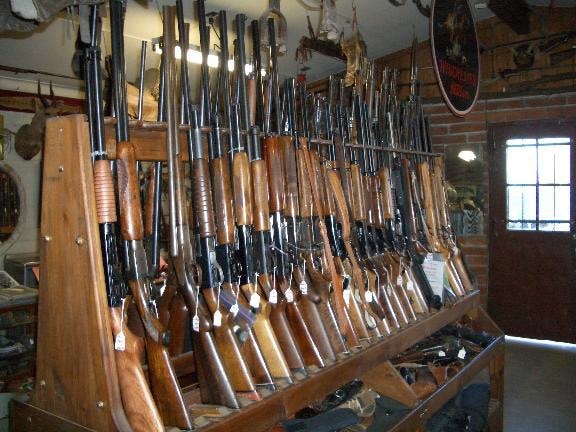 It was in 12-gauge and had a 28-inch barrel that had this ugly Polychoke strapped to the end of it. The price was very reasonable, much less than that of any “tactical” shotgun of any quality. One nice feature that the Winchester Model 12, the Winchester 1897, and the earlier Ithaca 37 shotguns all share is that they have no interrupter with the trigger. This means that you can hold the trigger back, and as fast as you can rack that slide, the gun will fire. After putting that old shotgun up to my shoulder, I could see why the Model 12 was so popular. Having in the past owned a couple of those so called “tactical” shotguns that the gun magazines rave about, I can say the Winchester fit me better than any of those other guns ever did.

The Winchester Model 12 is one of the best designed shotguns ever to be produced. A direct descendant of the venerable 1897 Winchester shotgun, it earned a great reputation in World War II, Korea, and even Vietnam, seeing action all over the globe. From the streets of Europe to the Asian jungles the Winchester Model 12 went everywhere, and it worked where ever it went. Countless more Model 12’s rode along in squad cars all over America giving police officers that extra edge in firepower that a service revolver could never provide.

I was a bit hesitant at first about buying the gun, considering what I had in mind when I walked into the place, but seeing that Polychoke on the end of the barrel made it look like some sort of demented musical instrument designed to look anything but attractive and instead torture those who can’t see past the flaws of such an otherwise nice gun.

So after dropping some hard earned greenbacks on the counter, I took the Model 12 over to my local gunsmith with these simple instructions. Cut the barrel off at 20-inches and weld on a bead front sight. About two weeks later, I picked the Winchester up from the shop, and the results were stunning. To me it did not even resemble the same gun that I had rescued from the ranks of forlorn and well used bird guns, and like any shotgun with the barrel shortened, the balance was so much better. A couple of guys instantly eyeballed the shotgun before I left the shop with it. Other than having to remove a pesky home-made waterfowl plug, the gun was ready to go. That afternoon I picked up some Remington 2 ¾ inch 00 buck shells and headed for the range. 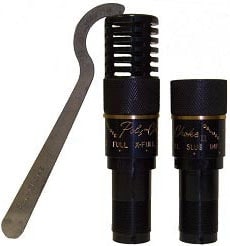 Since this was going to be nothing but a house gun, I had no need to pattern the gun with anything other than buckshot. I made up a silhouette target out of poster board and set it out at 12 yards.  I loaded up five rounds and cut loose as quickly as I could rack the slide. The target took all five shots of 00 buck right where the vitals would be (if he wasn’t a make-believe bad guy). The recoil even with a factory butt plate was tamer than with a Remington 870 set up with a short barrel and heavy recoil pad using the same loads. 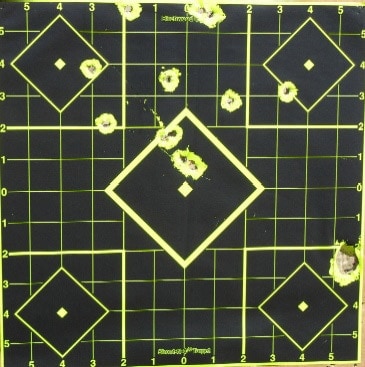 I can’t tell you how many second hand pump action shotguns that I see every time I go to a gun shop that are doing nothing but collecting dust. At the same time I see a lot of people buying shotguns set up for home defense that they really don’t need but they looked really cool in a magazine layout. People read about that particular gun being the best shotgun for holding every gadget on them known to man and some they probably didn’t even knew existed. Most folks are not going to strap on a flashlight, laser sight, or a tactical sling because they just don’t need one. I saw shotguns for less than two hundred dollars that could be turned into a defense gun with nothing more than a trip to the gunsmith. Just remember to keep your barrel length at a minimum of 18-inches so as not to offend lady law.

Take a trip to your local gun store.  I’m sure there are potential house guns just waiting to be let loose from their old lives as bird guns and skeet shooters and to be reborn into that defense gun that was lurking behind that 30-inch barrel and Polychoke. Give it a shot; you won’t regret rescuing an old shotgun from the discount rack and taking it from a wing shooter to a warhorse.