If you were to ask just about any Gringo with at least a 3rd grade education to rattle off a list of holidays and the ethnic groups they’re associated with, they’d probably be able to hit most of the big ones celebrated here in the US.  What holiday is for the Irish?  Saint Paddy’s Day.  The Italians?  Columbus Day.  The Mexicans?  Well Cinco de Mayo of course. 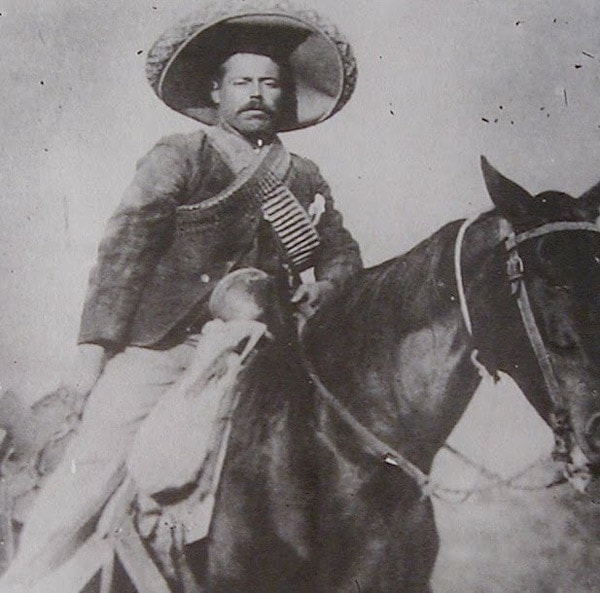 Now, ask them the significance of each and we’re betting about half of them will give you a glassy, blank stare and wait for you to speak.  The other half will tell you Saint Patrick brought Catholicism to Ireland (by picking clovers and clubbing a bunch of snakes apparently).  Most everybody knows Columbus Day is the day we celebrate one Italian merchant sailors bittersweet “discovery” of America at the behest of a bunch of trade-slaving Imperialists.  And Cinco de Mayo?  That’s like Mexican 4th of July.  Wraee! (that’s supposed to be like a buzzer sound on a game show).

So if it isn’t Independence Day, then what the hell is Cinco de Mayo, we hear our sizable ‘yanqui’ audience collectively wonder.  In one sense, Cinco de Mayo is mostly observed throughout the United States (and actually only regionally in Mexico) as just a pretty day to celebrate nonspecific Mexican heritage and culture.   In the grander sense, it celebrates the Battle of Puebla, a decisive and unfathomable military victory for Mexico that took place on May 5, 1862.

So, against who?  Though everybody played their part in the events leading up to that fateful day on the fifth of May, Cinco de Mayo has nothing to do with the US or the Spanish or even the English for that matter.  The invading pig dogs were the French. 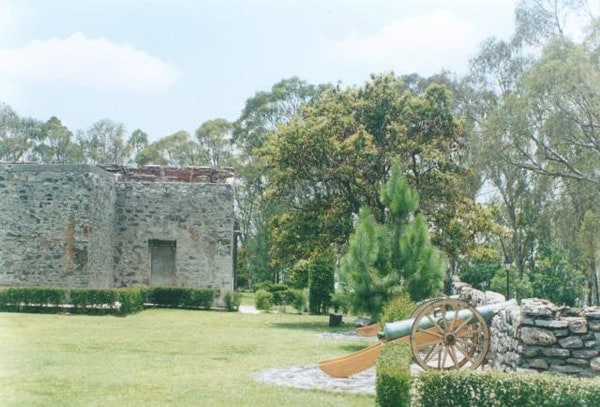 In the aftermath of the Mexican-American War of the 1840s, Mexico’s finances were in shambles forcing then president Benito Juárez to willingly default on loans from France, Spain and Great Britain, prompting all three send out armed envoys to the city of Veracruz to  “get theirs”.  Spain and Britain were able to negotiate some sort of a deal with the Mexicans and headed home shortly after arriving.  The French however, had different plans and much of which was predicated on the person pulling the strings—Napoleon III, nephew to Napoleon Bonaparte.

Napoleon III despised the United States.  His uncle had 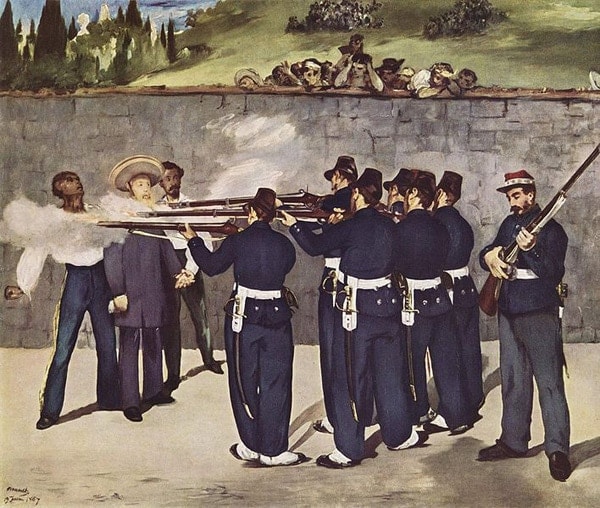 “given away” most of what they’d claimed previously to the US during the Louisiana Purchase, if it was ever his to give, and he was looking to establish a French empire in Central America, one that could compete with the blossoming United States.  By 1860 the invasion had begun, with the French taking Veracruz and then marching towards Mexico City.

And it was on this march, that about 4,000 conscripted Mexican troops shocked the world, mangling a better equipped French Army of 8,000 and forcing them to retreat to the coast.  The French had not tallied one in the loss column in the almost 50 years since Waterloo. 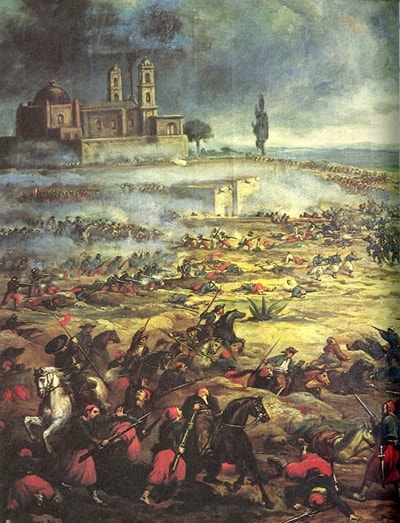 news had not reached the Puebla region yet) the spiritual victory was huge.  After crushing defeat after crushing defeat in the 1800s, unarguably beating a reigning superpower and arguably the world’s greatest standing army at the time was a feat that quite understandably reinvigorated Mexico.

The celebration was short lived.  The French returned in 1863 with 30,000 troops and literally steamrolled the country, establishing an empire lorded over by Maximilian Ferdinand, an Austrian puppet emperor with allegiances to Europe.  Mexico wouldn’t get the Old World out until 1867.

We know that cannons, guns and agricultural tools like machetes were the primary weapons used and that they were fairly antiquated on the Mexican side (many of these troops were literally farmers one day and soldiers the next, sometimes using their own guns).  Therefore here are some educated guesses as to what each side was packing.

The Minié rifle, which fired the likewise revolutionary Minié ball, is without argument one of the most important rifles of the 19th century and was the standard issue arm for the French military in the middle 1800s. The ball was a conical-cylindrical, hollow based soft lead bullet with three grooves, lathered with gun grease and only slightly smaller than the barrel bore.  Gas pushes out the base of the bullet, the grooves catch the rifling and the bullet spins increasing accuracy and keeping velocity consistent from shot to shot. The gun inspired most Western powers to adopt variations and in the form of the Springfield Model 1861, the design was the most pervasively used gun by infantrymen in the Civil War. 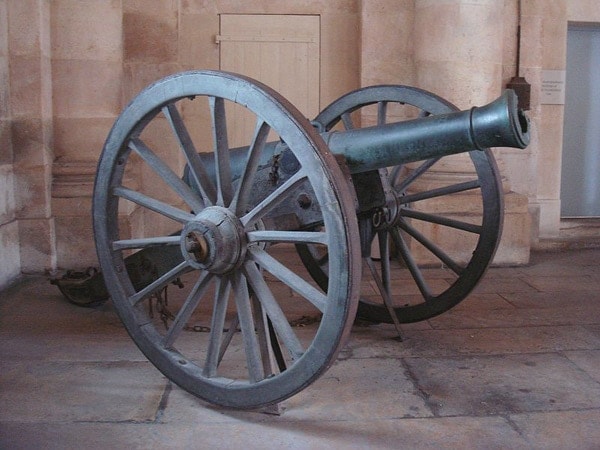 This was also called the “Canon de l’Empereur” after Napoleon III and, back in 1862, this was one bad mother.  As one can probably guess from the Minié rifle, at the time Europe was actually well and ahead of America in the arms game. Though they would soon be eclipsed as the Civil War and the years following bred well-known innovations in the Land of the Eagle, this smoothbore cannon that could use either shells, balls, grapeshot or canisters full of all sorts of nasty represented the aiguille of military hardware.  Its medium size and superior capabilities prompted the French to replace all of its previous field cannons and two howitzers with this little monster.

This is a good candidate for what Mexican forces were mostly using during the Battle of Puebla.  After the Napoleonic Wars at the turn of the century, Britain had more guns than they knew what to do with and as tensions between their rival the Spanish and Spain’s unruly child, Mexico, reached a boiling point, the Mexican Government was all too happy to buy up any rifles they could while the Brits were all to happy to sell them.  This is what the Mexicans were carrying at the Alamo and they were still used heavily in the Mexican-American War as well, so it stands to reason this is probably the gun Mexico beat the French with on May 5, 1862.

The Brown Bess is another good candidate from those sneaky British to have made an appearance at the Battle of Puebla.  It wasn’t as widely used as Baker Rifles but was known to have been carried by Mexicans in the 1840s wars.

If there were any veterans of the Mexican-American War at the battle of Puebla (and most likely there were), then there could have feasibly been Walker Colt Pistols, pulled off dead Americans.

These could have made there way south the border as war trophies as well, though these were too expensive for the average American.

Seeing as brothers were fighting brothers “back east” (and most never even saw this gun which came out in 1860s and was usually bought by Union soldiers), the US had just sent Mexico packing across the Rio Grande a decade earlier and wasn’t really on speaking terms with them and this whole business with France started because Mexico was broke as joke, we doubt very much the Mexican army got its paws on any of these by 1862 or that the 4,000 troops in Puebla even knew of their existence.  Still, we can dream…