It was only up until recently that Beretta and Umarex decided to link arms and start translating Beretta’s nose-in-the-air line of “old masters” inspired popguns into the commoners language of air and air soft firearms and we at Guns.com don’t think it’s out of the realm of the feasible that you’d be able to drop some bushytails on looks alone with one of these hobgoblins. 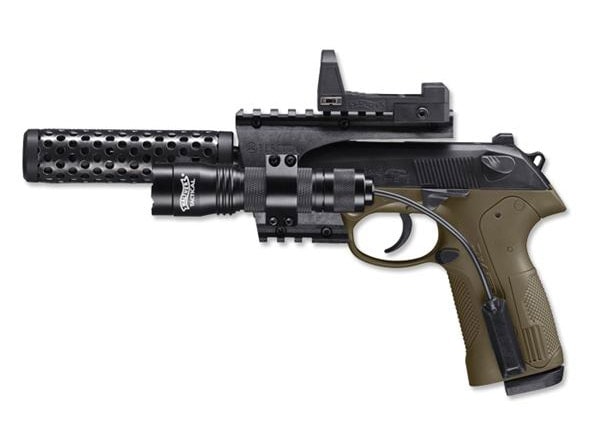 Enter the Beretta PX4 Storm full size Recon air gun, packed to the nines with some tactical gear sure to make your physiology react like a Darren Aronofsky montage sequence. These guys are the spitting image in feel, form though not in function of their full metal counterparts.  It shoot .177 caliber BBs or pellets, topping out at about 400 feet per second (though 380 fps is what the manufacturer is going with) and takes a dual ended 16-shot magazine (though were sure the crafty among you can get your claws on some high capacity suckers).  It also a blowback so it chambers the next round just like the real McCoy. 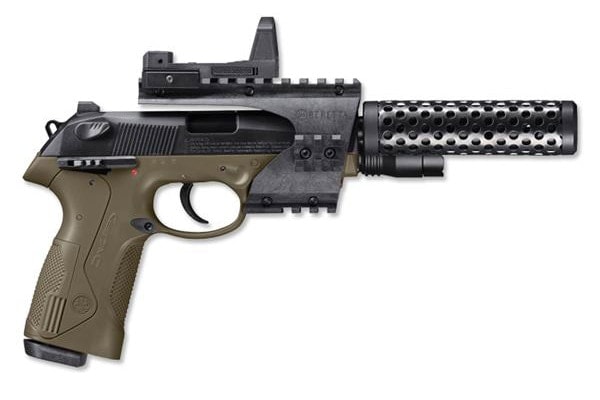 A CO2 can hidden discretely in the grip powers the works and models come either with or without said canister (if say perhaps you’ve already got about a billion lying around wherever you leave things lying around) are priced accordingly. The air gun is dressed in dark earth brown along the polymer (i.e. plastic but good plastic nonetheless) frame and with a black slide.  It also has a compensator, Walther sights, rail mount and believe it or not, ships with its own super cool tactical flashlight. 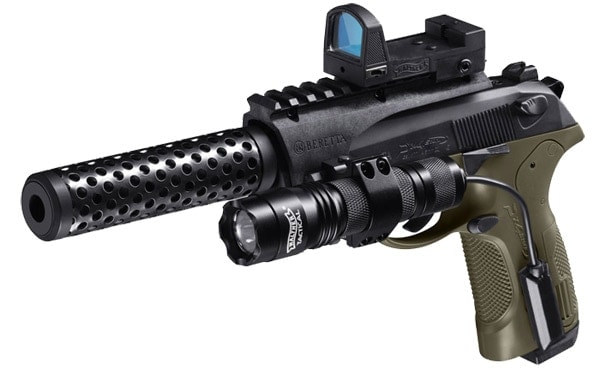 It’s like training wheels for any budding young tactical snob—Quite. Well, daddy and I have been shooting Berettas since I was five.  We’ll say this though, the picture of a father and son team plugging cans with matching Px4s, well, it brings a little tear to Guns.com’s eye.  Illustrate that ghost of Norman Rockwell because parents don’t spend enough time with their kids these days. 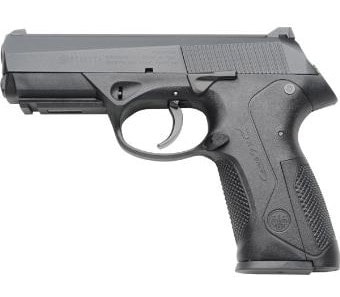