Mossberg's MVP: A Bolt Action with a Twist

Mossberg’s finally solved the greatest issue to ever haunt bolt-action rifle shooters since the beginning of time: how do you get more bullets in there without removing your scope?

OK, so maybe bolt-action rifles discarded internal magazines sometime about a century ago, but Mossberg’s not undeserving of some credit here.  They’ve taken their most successful rifle, the Mossberg 4×4, and modified it to use AR-15 magazines, and called it the Mossberg Varmint Pistol Predator.

(They claim the real secret is getting a rifle to feed from Pmags and whatnot reliably, something that up until now we had always thought ARs seemed to have down.)

Like all 4×4 rifles, this Mossberg sports twin scope mounts on the front and rear of the receiver, a fluted barrel, and a Monte Carlo stock with a raised cheekrest.  This first version of the rifle comes with or without a scope and is for now only available with a laminate grey wood stock.

Unlike most 4x4s the MVP does not use a flash hider slash muzzle break, it has a cleanly crowned barrel, and for now is only available in 5.56.  Which really does seems of interest since you’d think that an AR already has “varminter” covered pretty well.

Surely this is the first of many MVPs; many shooters prefer the inherent accuracy of a closed bolt combined with a super-long 24″ barrel (especially one that only weighs 7-1/2lbs.).  But we have to wonder if this was the right first step for Mossberg, targeting the weekend small-game crowd.  Again, if you already have an AR then there’s one good reason to buy an MVP, but it’s not for want of accuracy or anything like that. 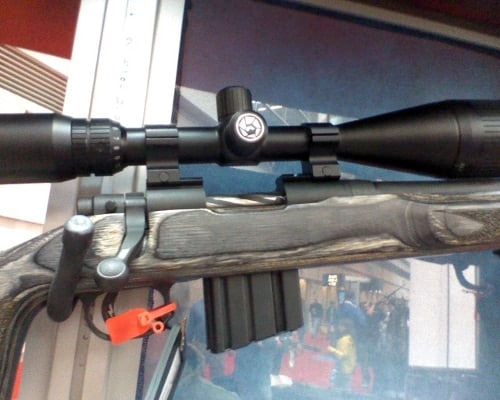 Maybe if Mossberg kicked things off with a .308 that took AR magazines (which they should do ASAP, are you listening, Mossberg?) because then they’d have a serious hunting rifle on their hands that would no doubt also make a lot of police armorers happy; if not one manual of arms, at least one manual of magazine. 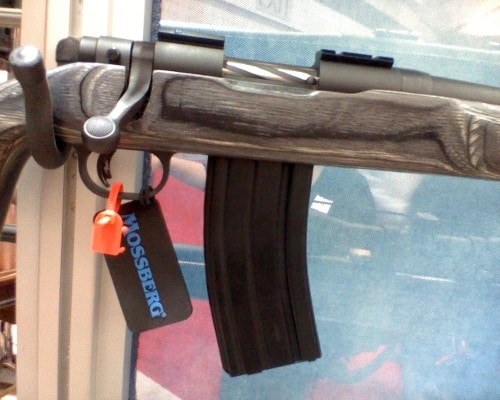 Of course, if you’re not at all interested in anything AR or just want another rifle, than this is an excellent choice.  The question then becomes, do you get the bone-stock MVP ($650) or the scoped ($800)?  Yes, want, go, buy. 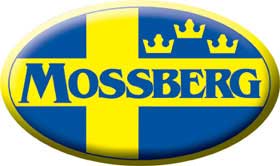