The Very Special History of the US Special Forces

The success of the predawn raid by U.S. Special Forces that brought Osama bin Laden to justice is a testament to America’s Special Operations Forces and another example of their unparalleled excellence at accomplishing next to impossible tasks—a small band of exceptionally trained American soldiers who have served with distinction in the service of freedom.

As the members of SEAL team 6 completed their mission, they were adding to the legacy of America’s Special Operations Forces and helping fulfill former President George W. Bush’s promise to bring Osama bin Laden to justice – dead or alive. 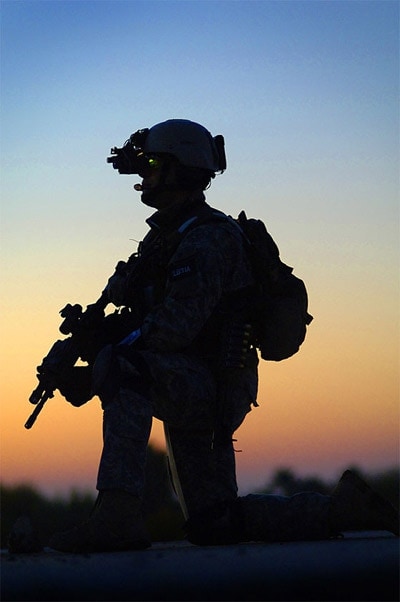 Currently, Special Operations Forces are celebrated and recognized as an indispensable military assets, but that hasn’t always been the case. At various times during the life of the US military, small, elite units of specialized military operators were shunned by traditional military leaders and levels of trust between Special Operations outfits and the rest of the armed forces was strained, at best.

It took a series of irrefutable successes over the course of American history to finally break down the barriers and lead to full acceptance of elite small unit forces. 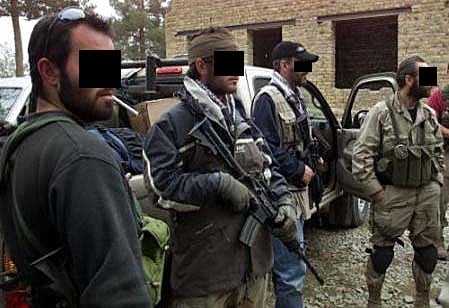 Many of the most successful missions remain unknown because of the secrecy required to protect intelligence information and, sadly for us, who would like nothing more than to shake these soldiers hands, the heroic actions of too many of our military heroes will never be known outside of the small community of elite warriors. That doesn’t diminish their heroism and instead the fact that they routinely take heroic action without the expectation of fanfare only serves as a testament to their reputation as some of the best America has to offer. 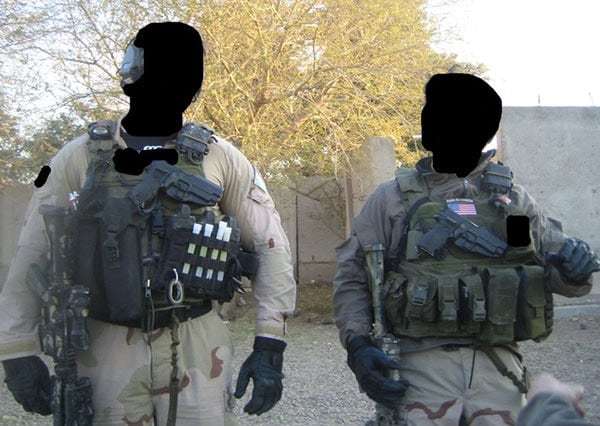 There are however historic Special Operations raids that succeeded, like the mission to free Prisoners of War at Cabanatuan Prison Camp during World War II and also storied debacles, like the infamous Desert One raid that failed to free the American hostages during the Iranian hostage crisis. 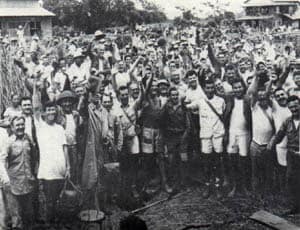 The first Special Operations mission in America took place during the French and Indian War when Major Robert Rogers, and his band of Rangers, trekked 400 miles behind enemy lines to attack the Abenaki Indians. At the time, Roger’s use of frontier skills in warfare was a new concept (for Europeans anyway) and his ability to fight when traditional armies had to retire to winter quarters was revolutionary.

But, the true gift from Major Roberts to Special Operations is his 28 Common Sense Rules of Ranging. Even today, a modified version of the historic list is used by U.S. Army Rangers. 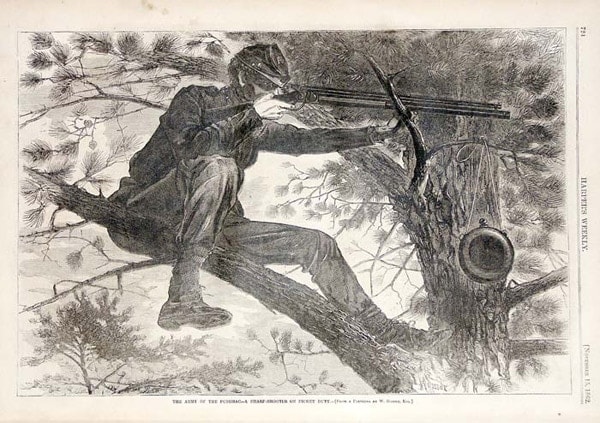 The use of sharpshooters, known as skirmishers, by both sides was the pinnacle of Special Operations during the Civil War era. Even World War I failed to produce a great American Special Ops unit that we would recognize as such today, but the golden era for small elite military units was just around the corner. 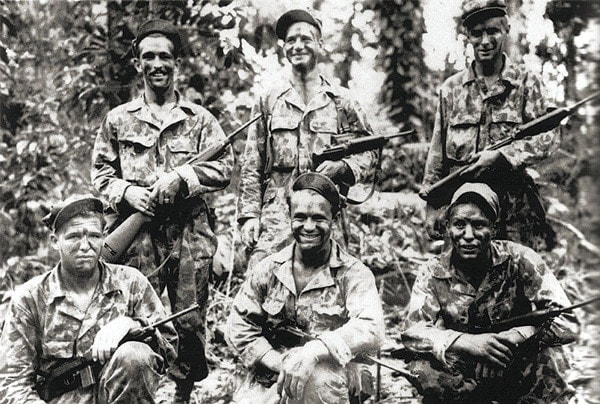 Acts of heroism during WWII were commonplace and countless stories of individual units completing missions against overwhelming odds were part of the day to day operations during such brutal combat. One of the most famous Special Operations missions was the prisoner of war rescue at Cabanatuan. 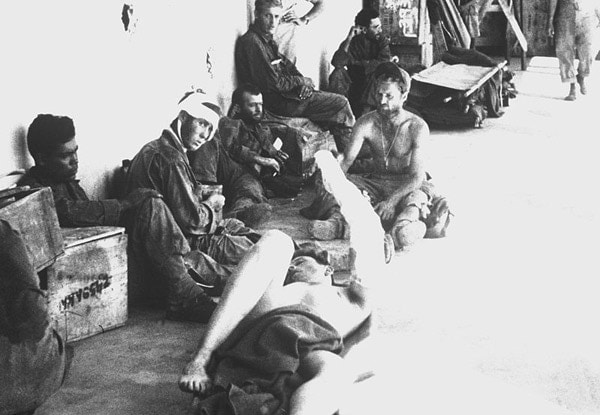 The operation was planned to save the remaining survivors of the Bataan Death march who were still alive after being taken prisoner and brutalized by their Japanese guards.  It required 133 from the 6th Ranger Battalion and Alamo Scouts to penetrate deep behind Japanese lines, assault the Cabanatuan prison camp with the help of Filipino resistance fighters and then exfil with American and allied POWs.

Not only was the Cabanatuan raid nearly perfect from a tactical standpoint, it also was a humanitarian effort because the POWs were at risk of being liquidated as the American war machine threatened to overrun the camp. Japanese guards had orders to kill the inhabitants to keep their horrific war crimes from being exposed. Individual Special Operations missions were the norm during WWII and the Office of Strategic Services, a precursor to the Central Intelligence Agency, was often the tip of the spear. The OSS worked with French Resistance fighters to pave the way for the Normandy invasion by disrupting German troop movements and sabotaging rail roads, bridges and communications infrastructure.

OSS missions behind enemy lines took place in France, Germany, Italy. In some cases the operatives returned safely after incredibly dangerous missions, and in other cases they were never heard from again.

Despite previous successes, Special Operations was still considered a gimmick by traditional military planners and it took the efforts of President John Kennedy to bring unconventional military units into the mainstream. President Kennedy saw the value of America’s Green Berets to the battle to contain communism in Vietnam.

Countless missions were completed by Army Green Beret A-teams during the conflict because unconventional warfare was common in Vietnam.  Also a key part of the growth of Special Operations in the American Armed Forces was the groundbreaking work of Army and Marine Snipers in Vietnam.

The most famous American sniper of the time is a true legend – Marine Sniper Carlos Hathcock. 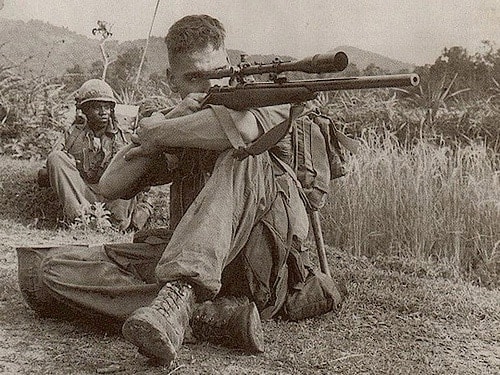 Hathcock, with 93 confirmed kills, was known as “White Feather” by his Vietnamese adversaries because of his habit of keeping a white feather in the band of his headgear. The Vietnamese, who were generally terrified of being caught in his crosshairs so much so in fact they placed an ever increasing bounty on his head, also begrudgingly respected his skill with a rifle. Some of Hathcock’s exploits are tough to believe, but were mostly true.

His most famous missions often took him deep behind enemy lines when he was tasked with killing an infamous North Vietnamese General (during that mission it took him 48 hours to crawl 800 yards to sneak up on the target) or dueling with a rival Viet Cong sniper (which he reportedly shot through the scope upon seeing a glare off the lens). Mission planners often expected Hathcock to fail and were usually shocked when he was able to complete his a mission and return safely. 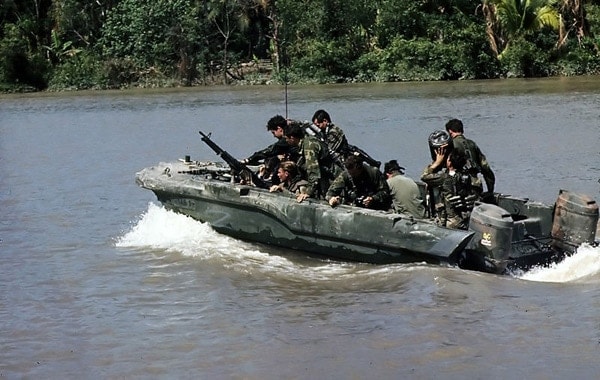 For quite some time, the Vietnam War was considered the Golden Age of Special Operations Forces. Military historians had to go all the way back to the Revolutionary War to find a conflict where unconventional American forces had such a profound effect on the outcome.
Between Vietnam and the current War on Terror, one infamous failed mission soured the American public on Special Operations Forces. During the administration of President Jimmy Carter, Americans were taken hostage at the U.S. Embassy in Iran and held for 444 days.

In response, President Carter authorized the Desert One mission to free the hostages and called on Delta Force, a semi-secret Special Operations team to carry out the raid. Unfortunately, the mission turned into a debacle when two American helicopters collided, killing several mission team members, and forced the President to abort the attempt. 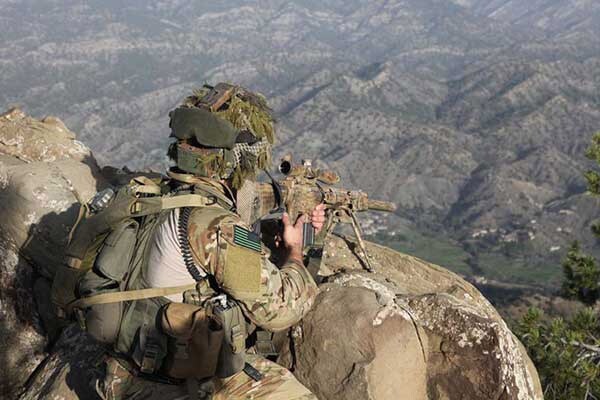 In the aftermath, America became an international laughing stock and was seen as weak willed by the growing terrorist organizations around the world. At that time, neither the Special Operations community, nor the terrorist networks could foresee the important role America’s elite military units would play in a global War on Terror.

Major military action in Panama and Grenada helped restore some of the Special Operations former luster but the first Gulf War is where the true value of our best trained soldiers became apparent. Oddly enough, however, it was the failed British Special Air Service Brave Two Zero mission that captivated the American people. 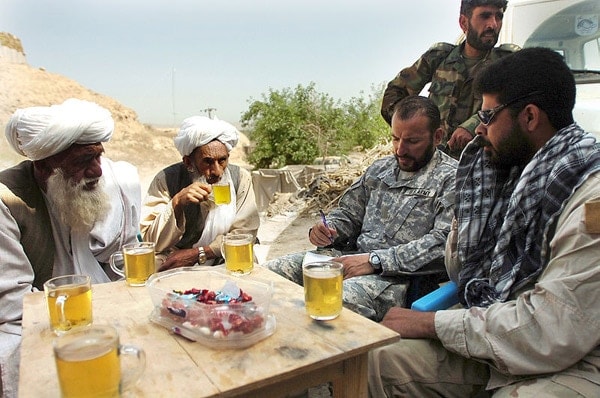 From the beginning the mission was doomed and a series of mishaps led to the capture, or killing of all but one member of the SAS team. After being freed from an Iraqi POW camp, team leader Andy North wrote a book and used his experience to increase the profile of Special Operations.

Since the end of the first Gulf War, Special Operations continued to ply their trade in secrecy and the 9/11 attacks jump started their role as America’s primary quick reaction force in the War on Terror. The demise of 9/11 mastermind Osama bin Laden began the moment the planes struck the World Trade Center. His decision to attack innocent American civilians left America no choice but to hunt him down and bring him to justice. 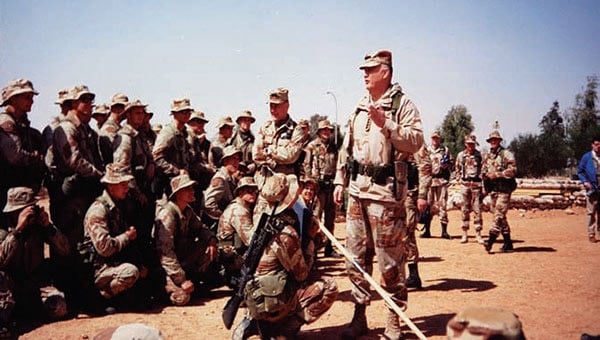 As America celebrates bin Laden being brought to justice by Navy Special Operations SEAL team 6, we have to remember that countless Special Operations missions disrupted his ability to conduct terrorist attacks and his safety net, lead to his demise.

After the 9/11 attacks, American Special Operations teams from all branches of service secretly entered Afghanistan where the Taliban was in control and actively helping plan terrorist attacks on American interests. Early Special Ops missions were designed to identify Taliban Command and Control infrastructure in preparation for air strikes. At the same time, Special Operations Forces were combing the inhospitable Tora Bora region of Afghanistan to find and capture high profile terrorist targets.  Osama bin Laden was the number one target during military missions in Tora Bora, but was eventually able to slip through into Pakistan.

Over the next 10 years, American intelligence specialists worked tirelessly to find Osama bin Laden and bring him to justice. Thankfully, when his position was pinpointed, America could call on Special Operations units to take action and end the biggest manhunt in world history.