We’re pretty sure at least a couple of our readers saw this coming and if you were one of them, then pat yourself on the back.

With all the back and forth about showing photos and not showing photos, the news media trying to piece together every scrape of new information in a vain attempt to recreate the events of May 2, 2011 and an entertainment industry assuredly pacing like a dog in heat to get their hands on the movie rights, we’ve decided to do this week’s comic on the US Special Forces Team’s heroic actions in Pakistan that lead to the demise of mass-murderer Osama bin Laden.

Mind you this is an artist’s depiction with an eye towards re-creation and a firm foot in the artist’s freedom of expression. It is not meant to glorify the death of another human being, gloat about a military victory or incite the ire of any ethnic or religious group or individual. Rather we feel that a visual can help a lot of people better understand and even perhaps come closer to closure over the destruction of a man that caused so many human beings pain.

The Washington Post did a roundup of a bunch of other publishing outfits that did cartoons depicting or symbolizing the death of Osama bin Laden, which you can see here.  Click to enlarge… 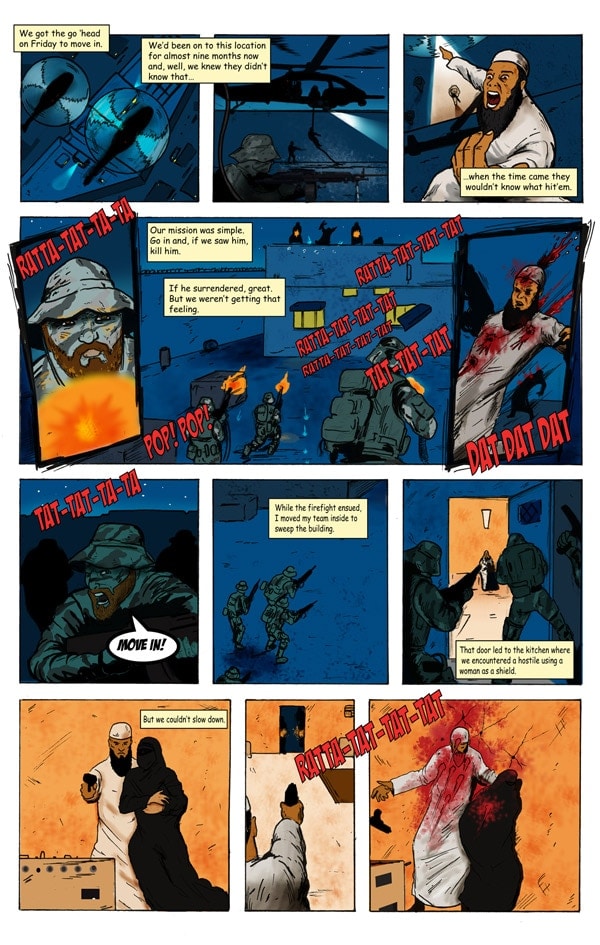 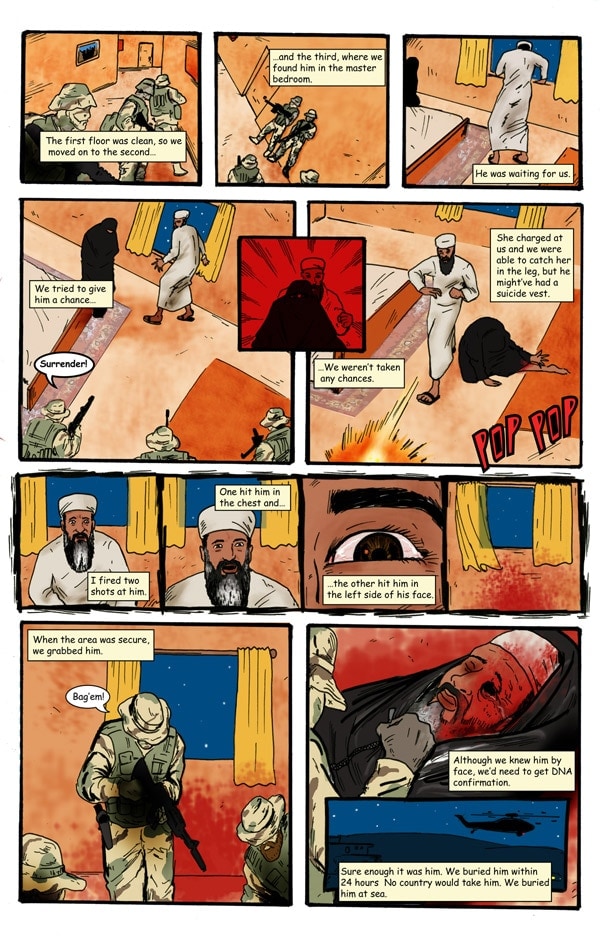 Art by Rafael E. Torres. Story developed by Daniel Terrill, Aaron Samsel and the US Military