In the late 1970s, I was the very first police officer in the state of Rhode Island to actually wear body armor. As a matter of fact, I think I was the first one in all of the New England area to even consider wearing, what was popularly referred to back then as, a bullet-proof vest.

It was actually my mother’s idea for me to wear it, as she stated that she had some sort of horrible premonition that something bad was about to happen to me. Back then, body armor wasn’t cheap, yet my mother handed me a check for the required amount, so I felt obliged to buy the thing. She would not take “no” for an answer. 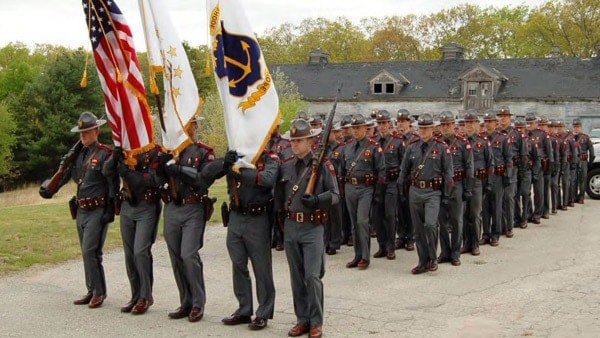 That was in late February of 1979, and I have to admit that, while it was kind of bulky and uncomfortable, it did keep me warm during that cold winter up in the Northeast. It even had one of the very first metal and glass-fiber-filled trauma plates over, what ostensibly would be, my heart and lungs area. The downside to donning that body armor in the squad room before the start of my normal 4:00 P.M. to midnight shift every day, was having to endure the constant ridicule from my colleagues. They were merciless, but I gave as good as I got, and pretty much ignored their taunts.

In early March, just two weeks after receiving that body armor, I was out on patrol in my squad car. I wasn’t wearing my seat belt at all, and there was no such thing back then as supplementary restraint systems, such as airbags. No, we were all way too macho for seat belts, and, as a young law enforcement officer, I thought I was pretty much invincible. At 10:02 that night, however, I was dispatched to the scene of a hit and run accident right at the Massachusetts border with Rhode Island. The Massachusetts State Police had been in pursuit of a car seen driving east towards Rhode Island at an extremely high rate of speed. 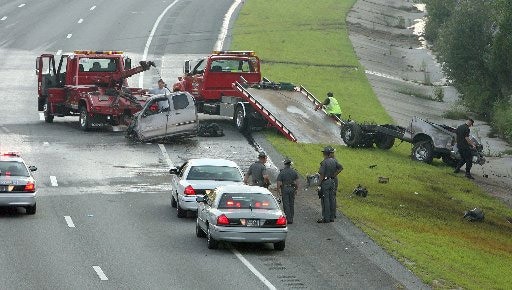 They lost sight of the car, but it apparently struck a street sign as it crossed into our state, hence the call to the hit and run accident. While en-route to the crash site westbound on Route 103, I noticed the car being driven at break-neck speed in the opposite direction.  It was coming directly at me, and, as we were about to pass each other, it veered into my lane of travel, striking my patrol car head-on. I had absolutely no time to react at all. The investigation would later indicate an impact speed for the two cars at something close to 170 M.P.H. 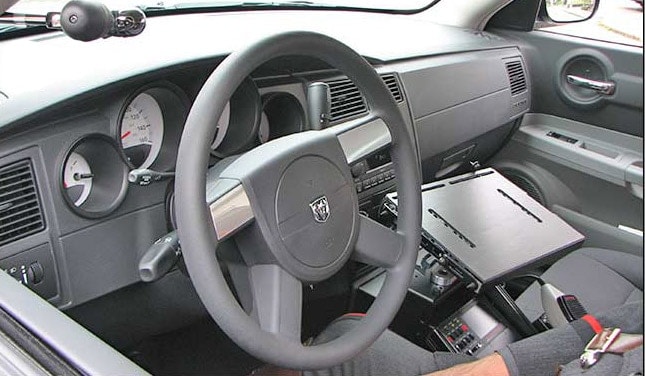 The resulting crash was horrific. The steering wheel broke off in my hands, as I was thrown forwards. The steering wheel column then struck me in the chest, right on that trauma plate, and was bent upwards where it struck my chin. I think I blacked out for only a split second, and, when I regained consciousness, I remember trying to reach for the microphone to call for help. But it had been torn from it’s mount, and was missing. The engine block was now sitting in my lap, and was on fire. The metal cage that usually separates the front seats from the rear seats where the prisoners sit, was also ripped free, and now tightly encircled me like a giant steel hand. The emergency light bar on top of my police cruiser would be found in a field about 80 meters from the point of impact. I knew that I was going to die, and I knew that the fire, which was inches from my face was spreading, so this was about to hurt. 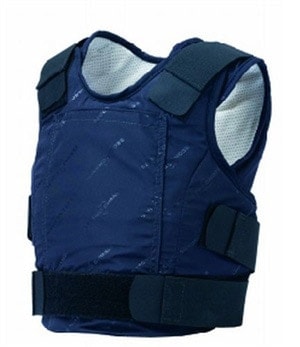 What followed was an odd set of circumstances, and very strange coincidences, but the bottom line was that officers arrived on the scene of destruction within seconds, followed by fire fighters, who put the fire out and cut me free from the mangled patrol car. I suffered a broken left leg and knee, the toes on that foot were also fractured, broken ribs, a broken jaw and nose, and on and on. The emergency room doctors had never seen anyone wearing body armor before, and initially thought I was wearing some sort of prosthetic device, or perhaps a brace for an injured back. They did go on to say that the only thing saving my life from the steering column that should have gone through me like a “hot knife through butter,” was that trauma plate. I spent about four weeks in the hospital, and before I returned to full duty months later, was surprised to learn that every member of our police force now wore body armor, and law enforcement agencies across New England were now making the wearing of body armor mandatory. There was no further ridicule or taunts from my colleagues in the squad room. 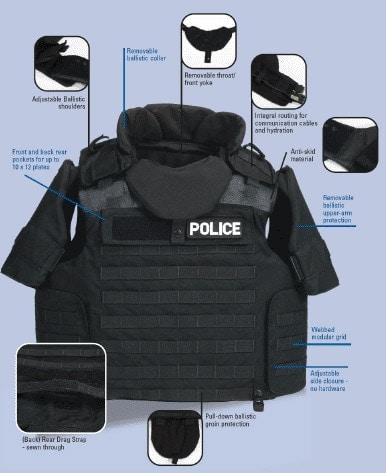 The vest I wore that night was from the Second Chance company, and that car crash made me “Save Number 145” on their cataloged list of confirmed saves. I can’t tell you how grateful I am to Second Chance, but also to my mother for her insistence that I wear the thing. I’m guessing that it probably doesn’t make too much difference what brand of armor we wear, as long as the ballistic protection is adequate, and as long as the wearing of it is made mandatory. 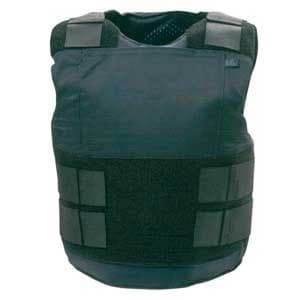 There is no such thing as a “bullet proof vest,” as there will always be a bullet that can go through just about anything, but, in 1985, while on assignment down into the lovely garden spot of Colombia outside of Medellin, I was shot by someone brandishing an AK-47 on full-auto. The one bullet that hit me, got caught by the very top edge of the trauma plate, saving my life. Yes, there were more broken ribs, but that was a small price to pay. And then, in Florida in the 1990s, an assailant armed with a knife, slashed me across my stomach. The blade penetrated the soft armor under the trauma plate, but it didn’t get to me. 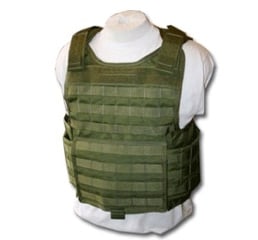 Well, folks, you guessed it, I’m a big fan of body armor. Whether it’s for our wonderful men and women in the law enforcement community, or our outstanding heroes serving in our military, all those great people standing in harm’s way, and protecting us day and night, the one piece of kit that is indispensable, the one item besides a perfectly dialed-in weapon system, is that personal body armor.

Mine saved me more than once, and it is my fervent hope that all those good folks wear theirs every time they step out into the line of fire.