One of Guns.com’s vast network of Huggy Bear-styled informants tipped us off the other day to this story and we couldn’t be more grateful or creeped out by it. 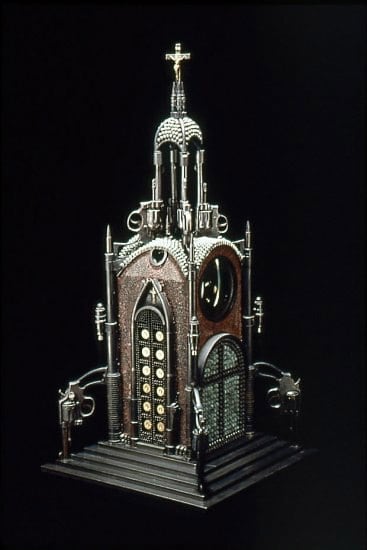 Sculptor Al Farrow has been at it since 1970, mostly working in bronze casting (though these are clearly mixed medium pieces) with displays in public and private collections around the world, including the San Francisco Museum of Modern Art and major collections in Italy, Germany, New York, and Hong Kong.  Within the past few years he’s taken some bold steps into the gun community’s backyard with his large pieces of churches, mosques and various other religious structures. 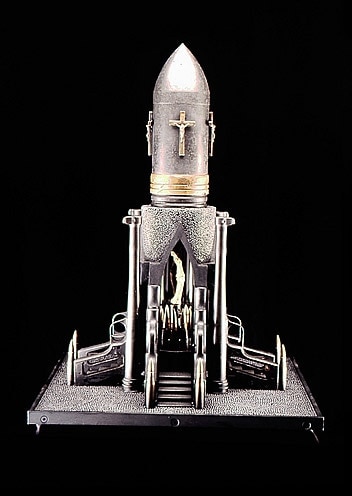 For us good CCD-goers, you’ll be quick to recognize these structures as reliquaries—ornate vessels that hold the remains of saints—only composed of spent casings and gun parts.  We have no idea if the bones and teeth are human (sure look real) so we’re just gonna assume they’re not and, if anybody can remember having to read Chaucer in high school (and we know you guys just read the cliff notes or some bull), fake bones are probably in keeping with the actual tradition of selling relics to suckers. 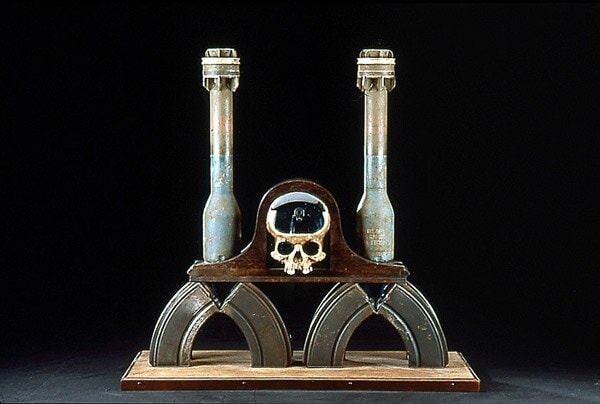 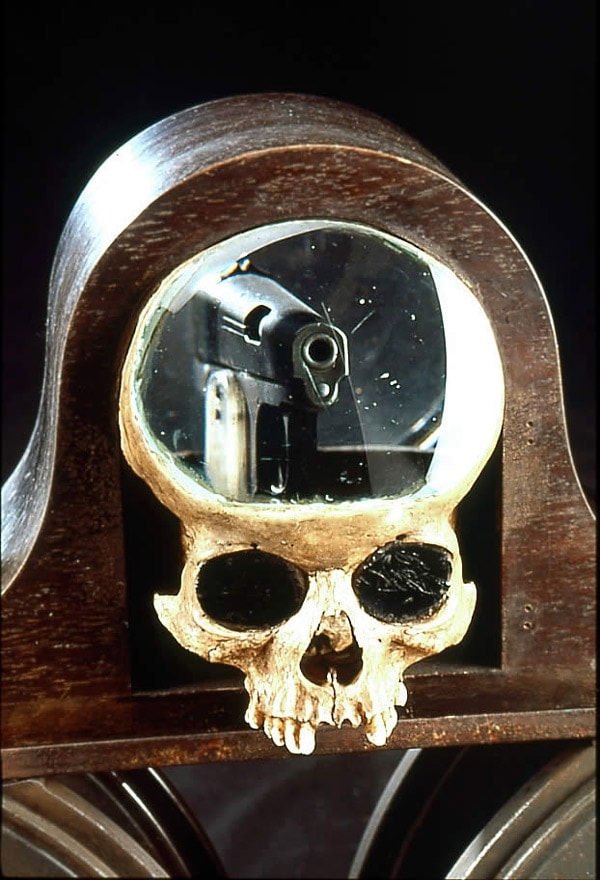 A whole series of these reliquaries hold the trigger fingers and other various body parts (including skull, hand, teeth and femur) of the new-by-us Santo Guerro, which is sort of a quasi-racist term for white folks (so perk up and listen for it the next time you find yourself in the company of Spanish speakers) and also most likely a pun on guerrero or warrior/war. 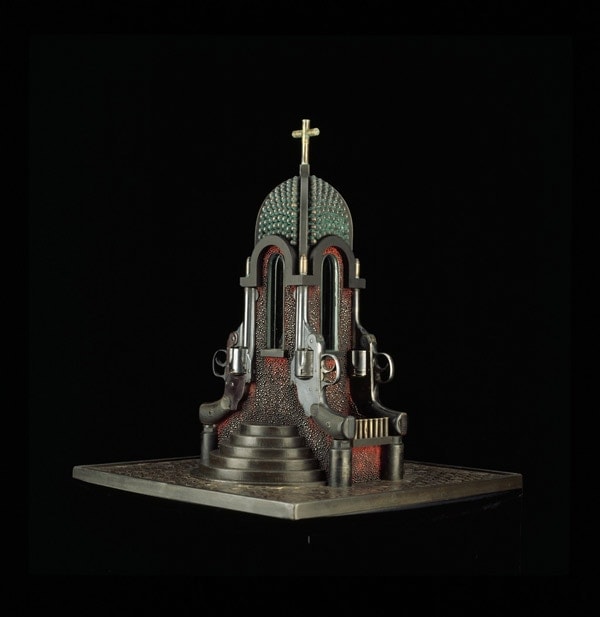 Art is for all of us, Guns.com included but not exclusively, so we’ll spare you our ten-a-penny take on what Mr. Farrow is driving at with these pieces.  We think the pieces are so wicked looking we can overlook any sacrilegious overtones. 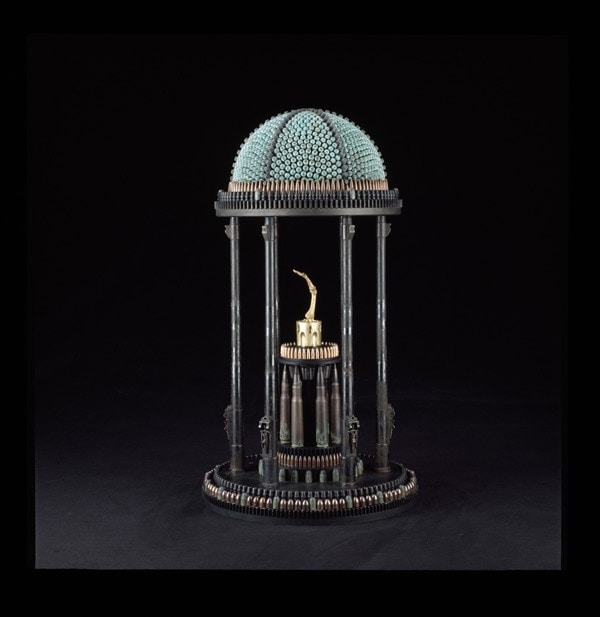 Catharine Clark Gallery in San Francisco currently represents him so if you’re looking to get you hands on a piece of his work, that might be a good place to start.  And that brings us to about all we know about this dude and his cool bullet casing buildings.  If you know anything, feel free to drop us a line.  You can see the full collection of reliquaries here.

Also, you check out the various phases of this massive Mr. Farrow did entirely of spent AK-47 casings here. 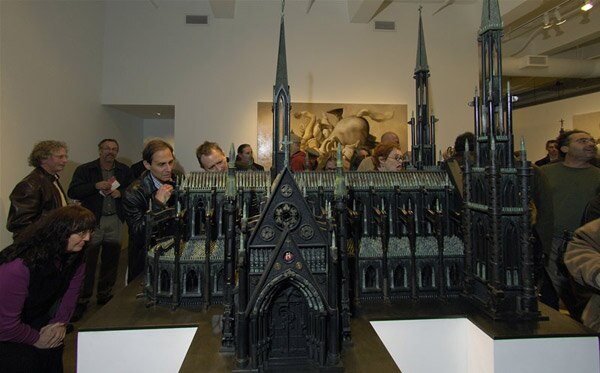