Experimenting with new and novel ways to interpret satellite information, the National Geospatial-Intelligence Agency is looking into controlling the projections of surveillance footage with Dance Dance Revolution controllers. 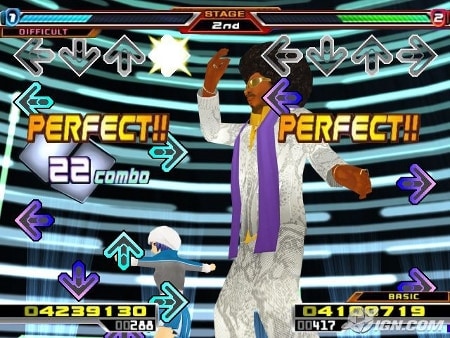 The idea is that by interacting with the data in a new way, not using mice and keyboards, the observers will be more aware of the content they’re looking at, by altering the monotony and engaging with the information physically.  It’s not as crazy as it sounds.  Think of it like driving stick: yes, you have a lot more to do than with any automatic, but by engaging yourself fully you have a greater feel for the road. 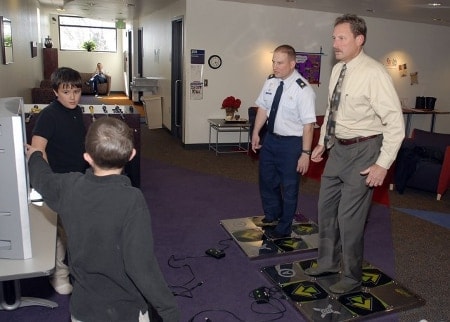 At least, that’s the hope, anyway.  We just love the fact that their IT staff appears to be fourth-graders.

This isn’t the first time time the U.S. or other militaries have turned to the gaming industry for inspiration.  Many countries use PlayStation and Xbox controllers for drones, aerial or otherwise.  They’ve even converted stacks of consoles into supercomputers. 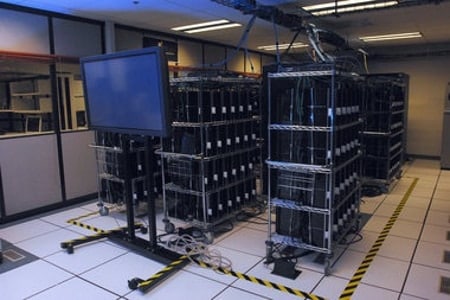 But we have to think that they’re limiting themselves, here.  There are plenty of controllers video game companies have made that could surely be militarized.

Let’s start with the driving yoke. 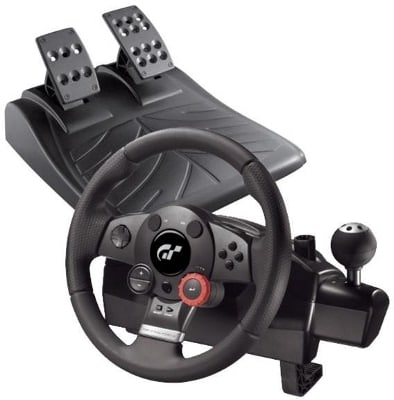 Honestly, driving a vehicle is dangerous.  There’s no end to IEDs and the like, and anything we can do to remotely-operate battle trucks would be a great idea.  Especially coupled with the idea of remote control turret guns. 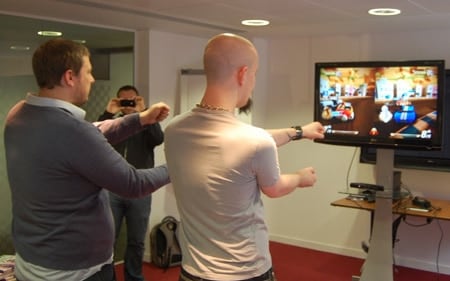 Microsoft’s Kinect has been successfully hacked like crazy, which should in turn promote all kinds neurotechnological interfaces.  Besides, if the DDR pad’s side effect is making grown men look like idiots, then Kinect shouldn’t have any problems making them look like raving lunatics. 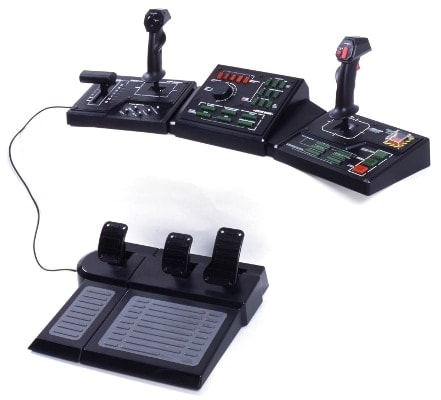 And since the logical progression from remote-controlled trucks is obviously giant fighting robots, something the developers of Steel Battalion created a very specialized set of controllers for, the military will have no shortage of great interfaces for their killer mecha. 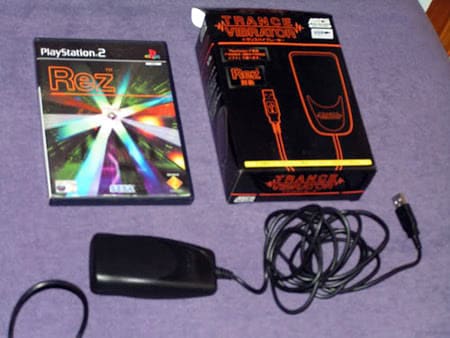 Laugh all you want, if using DDR dance pads makes the military better, then we say go for it.  Still, they’re going to need lessons if they ever hope to get this good: