Private Shooting Clubs: A moment amongst the big guns

If you hang around gun shops or shooting clubs long enough, you are bound to hear stories about exclusive shooting clubs or about ultra-secret private ranges.  You may even meet or know some people who may have access to these same secretive ranges.  I have had the pleasure of meeting one of these influential gentlemen and as of late, was invited to enjoy his hospitality at just such a range.

When we made plans to go shoot and I was told to leave my personal guns at home, saying I would have no need for them.  I was hoping to get to show my prowess with my .308, but apparently I was intended to be a spectator, not a participant.  We met early in the morning at an agreed upon local breakfast diner and we had a quick glass of juice while he read me the caveats and requirements for the range.

I felt as if I were signing up for a personal tour of CIA headquarters.  Swearing to secrecy of the owners and the participants of the club, as well as guaranteeing no photographs or video would be allowed, we headed to the range. 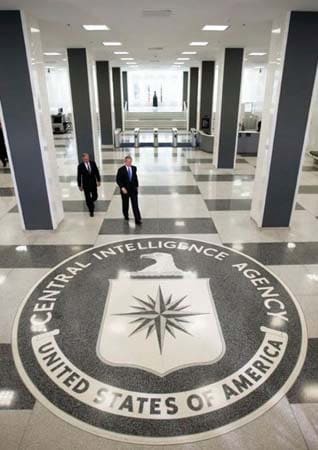 My curiosity was peaked.  I had expectations of opulence and technical marvels but I never considered their apparent need for privacy and secrecy.  I did speculate as to the nature of the activities that would need such confidentiality but was satisfied with assurances it was strictly due to the celebrity and notoriety of the members.

Our journey took us about thirty miles outside of Nashville, Tennessee, winding our way through the blooming dogwood trees and green pasture teeming with wild turkeys in full strut.  We arrived at a rather foreboding looking gate across the drive and were greeted by a security officer who checked and recorded our identifications.  We were issued waivers to be signed and were allowed to pass.  I’d swear there had to be parts of the Berlin Wall incorporated into that gate post and I am confident we were photographed as we passed through. 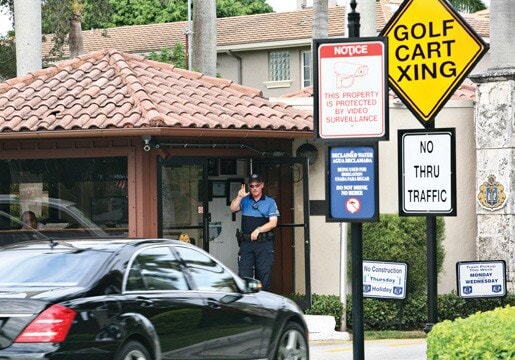 Driving another half mile into the lush forest we came upon a cedar gazebo beside a small parking lot.  If the types vehicles parked there were any indication, this day was going to be amazing.  First in line was a Ferrari, followed by a Bentley and numerous high end SUVs and sports cars.  Numerous people were in the parking area visiting with each other and most possessed large hard shell weapons cases and range bags. 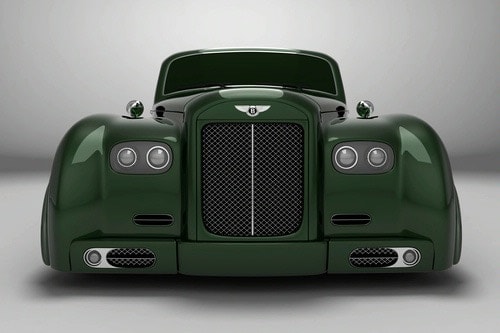 We gathered and introductions were made.  It turns out that my host was the senior member of the group and was the customary Range Marshal.  He claimed a recent shoulder surgery prevented him from shooting, so he managed the range on shooting days.  Among the mix of people were an NHL hockey player, an NFL football player, a country music star, and numerous executive types and significant others.  Knowing it was in poor taste, I was still very tempted to ask for autographs.  I restrained myself however, fully aware that my daughter would hate me for being around her favorite performer and not getting his autograph for her. 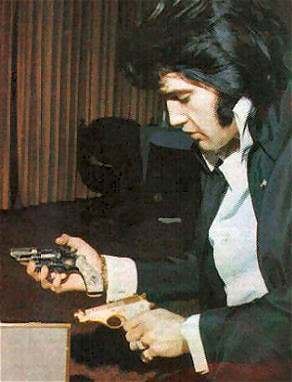 The factor that brought us all to a similar level of camaraderie that morning was the firearm that each person was commanding.  Everyone was there to shoot, not broker business deals, show off the bling of tournament rings, or brag about multi-platinum records.  They were all so very nice.  Soon however, we were met by another gentleman driving an electric off road vehicle.  He gathered up all of the equipment and drove away down a path, followed by on foot by those of us in the parking lot.

We emerged from the path onto the range where two attendants had already placed the gun cases and range bags by assigned shooting positions.  It turns out that each member of the club funded their own shooting position, thus having “ownership” of that particular spot.  Over the next thirty minutes I saw rifles being prepared to shoot that only dazzled my mind.  The Barrett brand was represented in force as were Stoner, H&K, Remington, and a number of unusual European brands.  Also standing aside were two men, in uniform of sorts, wearing hearing protection and shooting glasses.  I found out that their role was to set targets between rounds and to fetch whatever the members needed during the day.  Wow, what a way to play!

I stood behind the firing line and watched as these shooters made their preparations, wishing that I’d been allowed a camera.  A range master blew a whistle declaring the range hot and several shots rang out from these large rifles.  I had a grand time watching these shooters and their enthusiasm with their firearms.

One truth was evident and it is that possession of large and expensive hardware doesn’t necessarily equate to proficiency with it.  Some of them were utilizing very inefficient prone stances and one in particular was savagely jerking the trigger anticipating recoil.  They were having fun but were experiencing little success against their targets.  Offering to assist, I was able to give tips to a couple of these shooters with which they saw immediate results.  There were a few experienced shooters in the mix and they were plastering targets at about 1000 yards. 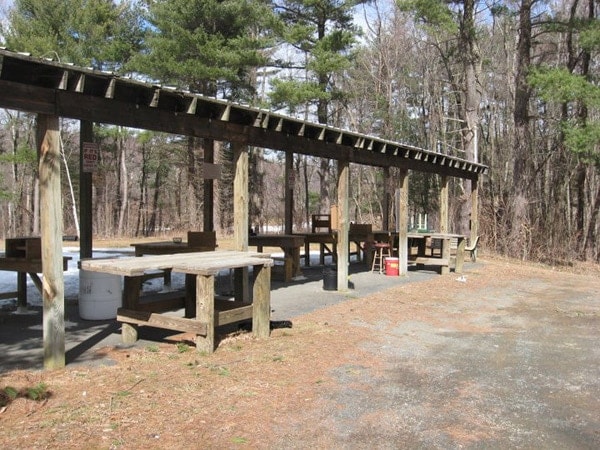 Break time was called for the target setters to replace the targets and all guns were made safe.  We made conversation and I was enjoying hearing the enthusiasm of the shooters.  During our break while we were watching the attendants chase Canadian geese off of the range, my host revealed that I was there to write an article about their firearms, asking if anyone minded.  Suddenly the members became highly animated and wanted me to shoot their rifles.  Each wanted to show off what they were shooting and marvelous tales were told as to their histories or methods of selection.

I was first given the chance to shoot the Barrett Model 82A1 .50 caliber.  I was happy behind this cannon and truly enjoyed making some 1000-yard shots.  I was encouraged by the lack of felt recoil and the ease of firing having heard my friends talk about firing these in the military and how accurate they are.  While I was not experienced with this rifle, it was quite simple to get used to.  They are like most other precision rifles, except for the increase in power and range.  Ranges such as these require you to take windage strictly into consideration, and even the principles of spin drift were discussed.

Next, I was given the chance to shoot the Barrett Model 95 Bolt action .50 caliber.  Being a bolt-gun enthusiast, I was in love with this rifle and I most certainly decided I had to have one after shooting it.  I fired it numerous times but at one point did feel the guilt of firing these .50 caliber rounds.  I heard one shooter mention how each custom loaded round cost him about $3.  To me, that is a significant cost for a single bullet.

The last of the Barrett line that I shot that day was a Model 98B in .338 Lapua magnum. The Model 98B became a challenge to me and we used it to engage some closer targets.  The owner was a novice shooter and the rifles optics were not installed correctly.  Neither of us had a lot of success at first engaging targets as close as 200 yards.  We spent the better part of an hour working on it and finally determined it was a slightly loose scope mount giving us problems.  I was left unimpressed with it but enjoyed the teaching moment with the novice shooter.  I do believe that my frustration with diagnosing the loose mount had led to my dissatisfaction with the rifle and not the rifle itself.  All in all it was a handsome rifle and no doubt has some amazing large and dangerous game applications.

Lunch time was a treat as the picnic lunches prepared by the range owners were as impressive as the firearms they brought with them.  We had brisket sandwiches, along with shrimp and other types of foods that I dare not try to pronounce.  I was invited to sample most everything and felt a bit more cultured having eaten such at a firing range.  Some of these are the same people who host grand parties at the Kentucky Derby and make the covers of social magazines.

Their discipline in safety and range management was demonstrated with an iron resolve though.  One of the members had brought some wine to drink with her lunch, a small bottle, but the rules were applied to her and she was told that she wasn’t permitted back on the firing line for the rest of the day.  She became angry and tried to argue but it was made clear by the other members that alcohol was not permitted when shooting.  She eventually relented and retired for the day. 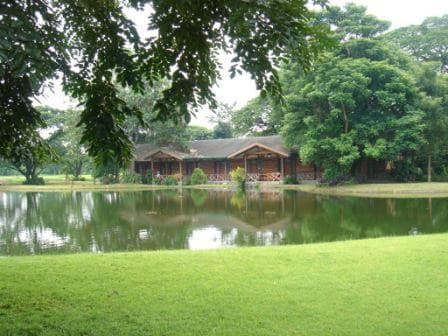 The professionalism and conscientious manner with which these shooters carried themselves was impressive and the gentle if not frequent heckling made the whole day a pleasure.  My reception was warm and welcoming but I did notice at the end of the day, despite all of the hand shaking and back slapping from the members, I didn’t hear, “come on back and shoot with us again.”

I learned on the drive home that guests as a whole are unwelcome on the range and that I was an exception for this day because of the seniority of my host.  He also told me that whether it is right or not, none of the members like to be “taught” how to do anything.  They prefer to believe that their way is the “right” way regardless of how accurately they shoot.  It is an unwritten rule of their “status” that they prefer to be allowed to shoot how they want, even if they miss the target entirely, providing that complete safety is maintained.

Personally, I can’t imagine owning such fine firearms and not being overly concerned with their accuracy and being able to handle them with expertise and precision.  I supposed that some people shoot for the sheer joy of shooting and I believe I’ve met nine of just such people.  The few there that were “driving tacks” with their rifles seemed to be enjoying the moment far less than those just shooting.

I was reminded that no matter what you shoot, you have to keep the joy in the sport.  For years, I’ve been a grim faced, clenched jaw, precision shooter and while the spark in my eye shows my joy for the sport, I fail to exhibit the rest of the symptoms.  I am now striving to return more enjoyment and less competitive spirit in my shooting.  Seriously, which is more fun, shooting bulls-eye after bulls-eye or shooting balloons dancing on the end of strings in the breeze?

I will concede that I did receive a phone call from the hockey player with the Barrett .338 magnum asking me to give him some private “tips.”  He wants to show up at their monthly shoot and be able to impress his peers.  I am happy to oblige him and I hope his enthusiasm for shooting continues to grow.