Kel-Tec’s PMR-30 is hard not to notice.  It’s the modern, super-lightweight great-great-grandchild of the Grendel P-30, and both are .22 WMR pistols.  With 30-round magazine capacities, natch. 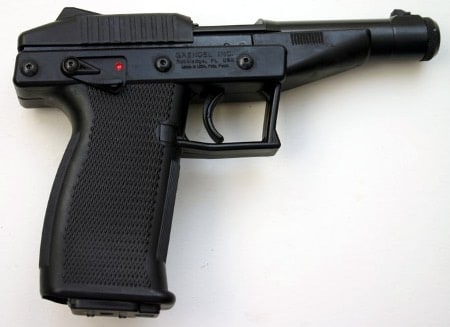 It’s unique for another reason, not just the magazine capacity.  Getting .22 magnum pistols to cycle reliably is inherently difficult.

The problem is a matter of variable pressure.  The cartridge is designed for rifles, after all, so in such short barrels it doesn’t necessarily create enough pressure to operated a locked-breach system.  On the other hand, it’s a magnum, and some ammo could absolutely destroy a blowback system. 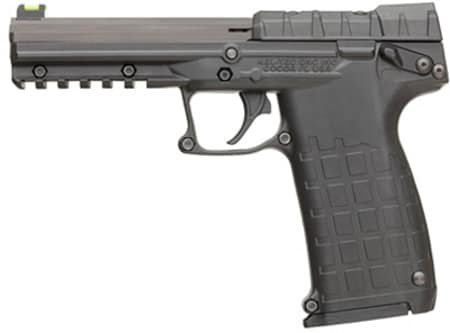 The wizards at KelTec spent who knows how long designing a recoil mechanism that switches between blowback and locked breach; how the system works we have no idea but it’s presumably magic, and we’re sticking with that.

But unfortunately they were so happy with their hybridized recoil system that they sorta forgot to do some ballistics testing, since the PMR-30 keyholes ammo. 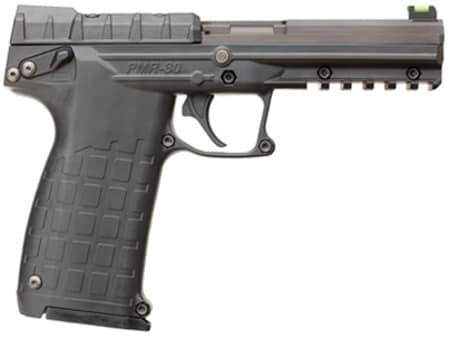 Yep, the 4.3″ barrel has a 1:16 twist that’s just patently not aggressive enough and and doesn’t fully stabilize lighter-weight ammo, and they’re reducing it to either 1:9 or 1:12 (the testing is currently under weigh).

The worst part about this is that Kel-Tec’s finally gotten to a point in production where they can keep up with demand, and so this means a whole lot of guns got out already. 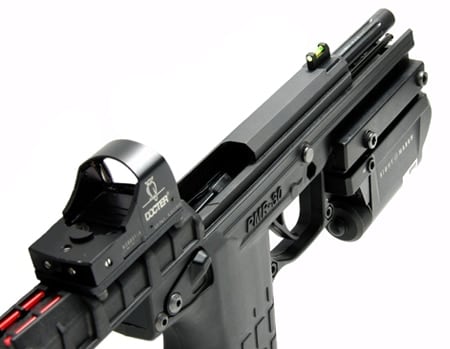 There is an upside and that’s the fact that if you see a PMR with a fluted barrel you know right away that it’s a bad one.  It’s also probably a bit cheaper and faster to make which is good news for anyone who doesn’t already have a PMR-30 and is still waiting for the opportunity for this:

Kel-Tec’s currently in the process of making these new barrels and will announce it on their website when they’re ready to start handling the exchanges.  It’s just a barrel swap so you won’t need to go through an FFL and hey, they’re paying for shipping.  Customer service FTW.