There are times that you are waiting and the universe tends to try to get in the way of pleasure.  Mine was on the delivery of my new Kimber GT-10.  The brainchild of talk show host Tom Gresham, Kimber as the maker, and sold through Dury’s Gun Shop in Texas.

Tom wanted a 1911 chambered in 10mm with the look to match its function. I had to wait a couple of months to get mine because the vender who makes the pistols grips with the GT-10 embossed on it (and out of high zoot Burl Wood, a knotted deformed bulb of growth on a tree) got delayed in the process.  I do have to say the grips do look great, especially the contrast between the two-tone frame slide and receiver combo.  It ads a nice touch of class to the whole affair. 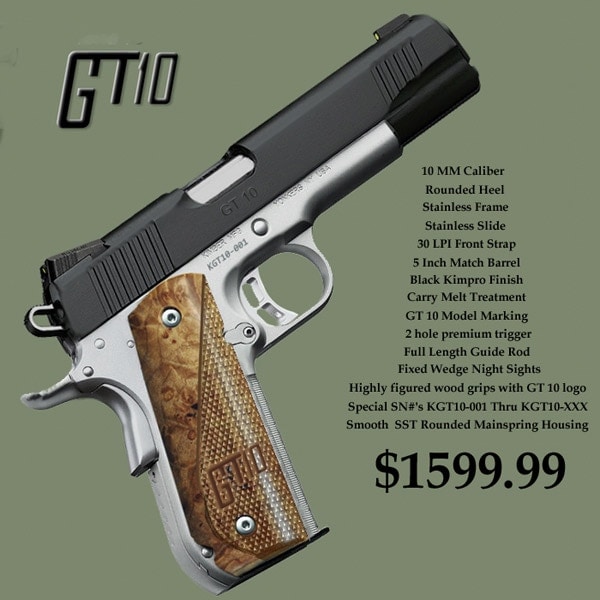 The day I got the call to come pick my Kimber up, I was outbound from my home to Los Angeles for a long weekend and would not be able to get to her till the mid of the next week.  There was much teeth grinding and I thought of little else but getting back home to pick her up and take her out, but upon arrival home later that week, it was too late to pick the gun up, as the store would be closed.  So another day I had to wait. 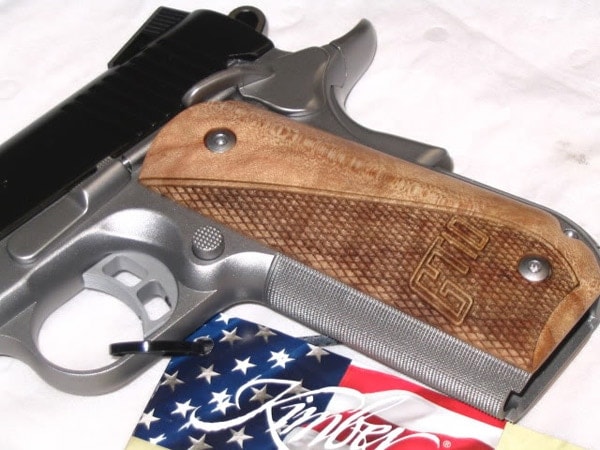 That night, my tooth started to hurt, I went to the dentist first think in the morning and I was scheduled for surgery the next day. What now?  Getting out of the dentist office I finally was able to go to my favorite gun shop and pick up the gun I’d ordered.  I was thinking that I would burn at least a hundred rounds before the end of the day and then I would put her away till after I’d healed from surgery. Well. Then I couldn’t find ammo for it. 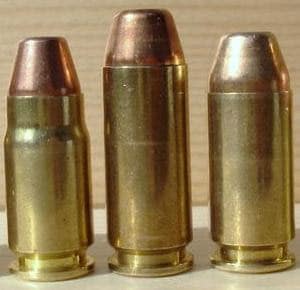 It wasn’t until the end of that week that I found some Hydro Shocks in 180gr JHP and some Double Tap 180 JHP and 200 JHP and loaded up my own light loads.  I made a beeline for the range.

On the range I pulled the pistol from its case and held it to feel the lines and grip.  All the edges have been removes so there are no sharp surfaces and it’s a naturally smooth draw without much potential for any hang up. All I had to say was “What a nice pistol.”  The grip is so natural to feel it lined up to the target on the onset. 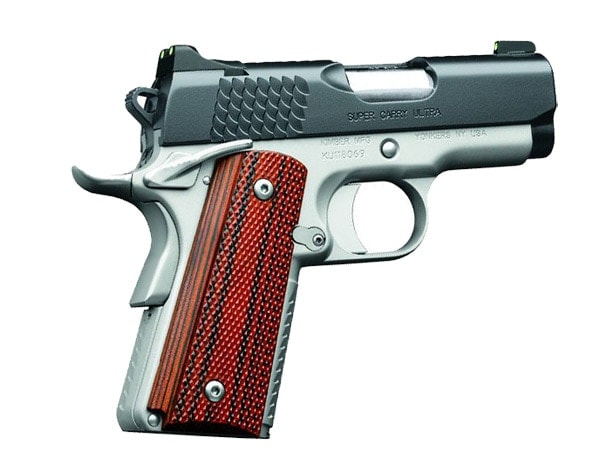 The pistol is a custom make from Kimber with all the fine hallmarks of the Super Carry line with the exception of the snake scales.  Instead it has the traditional groves on the slide in front and rear of the slide.  It has a nice feel with the checkering on the front strap that adds positive grip.  The sights are Meprolight Tactical Night Sites. 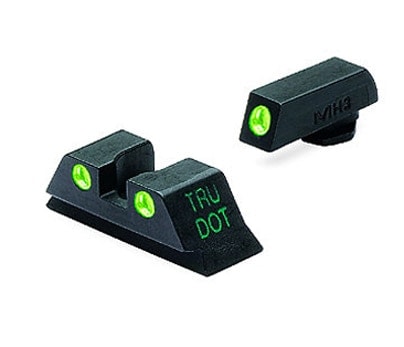 Anyone who subscribe to the opinion that 10mm is a beast of a round, needs to shoot this Kimber in ten.  She is smooth and easy to control with all the ammo I used and, really to my surprise, it felt like any other full size 1911.  I fired off about 50 rounds at targets out at 25 yards and all 10 rings.  I shot some of my light target loads and I did have one failure to feed, though it may have been shooter error as I found myself limp wresting.  Regardless, after about 50 rounds she feed just as nicely.  As Tom was concerned about long shots with a pistol, I ranged out a target out to 345 yards along a ridge I sent out a couple Hydro Shocks and Double Taps and they hit just about three feet low from where I was aiming at with the obvious corrections for the range.  A steel target rang out loudly and clearly at least twice but I had to aim about 6 or 8 feet off target. 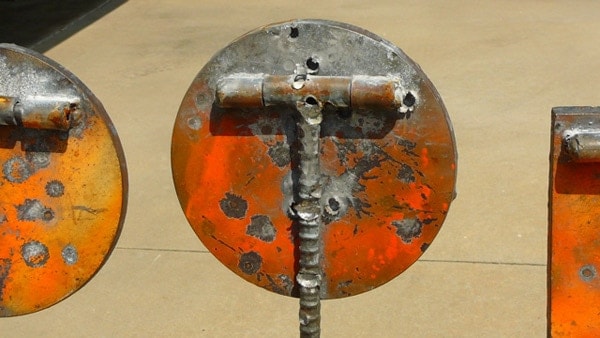 The recoil of the pistol with the high loads were very manageable and I was able to get back on target very quickly.  This week I do intend on finishing the break in period and run her threw a couple of matches to test her out.

Dury’s said there are only about 300 or so ordered through the month of October and no more of this model will be made.