Taurus is introducing two new compact revolvers, the 405 and the 445, and while they certainly don’t have any competition, we can’t help but think that’s precisely because there isn’t necessarily a market for them, either. 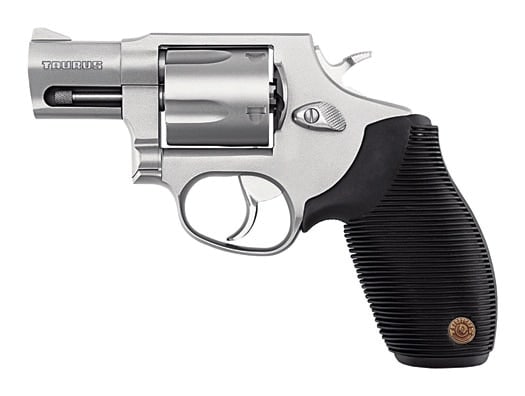 Both are lightweight guns, the 405 at 29oz and the 445 at a mere 22oz, they have 2″ barrels and are 7″ overall, and both have 5-round cylinders.  They’re Taurus’ small-frame which is comparable to Smith & Wesson’s J-frame. 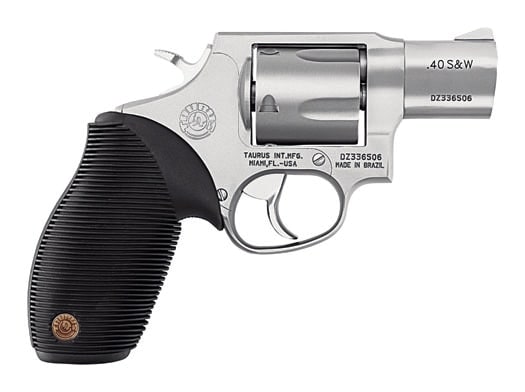 The first is the 405, which is a caliber swap to .40 S&W from Taurus’ 905, a 9mm revolver.  Like the nine it uses moon clips and finally gives people who are .40 caliber fanatics a revolver in their 10mm bullet of choice.  It’s pretty simple for Taurus to convert the 905 to .40 S&W, but it begs the question, when are they going to come out with a medium-frame 9mm that has a six shot cylinder? 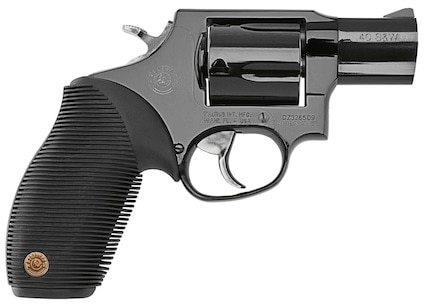 Sure, it would require some retooling but there’s a huge market for that sort of thing.  In .45 ACP, too.  They could even squeeze in a .40 S&W without much fuss; but a mainstream moonclip revolver that ate cheap automatic ammo and was competition-friendly would wipe the floor clean. 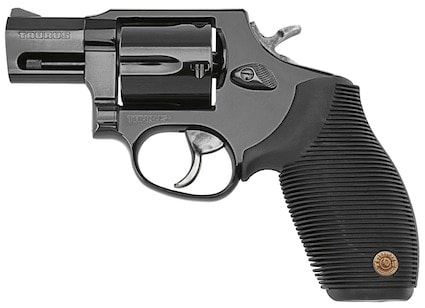 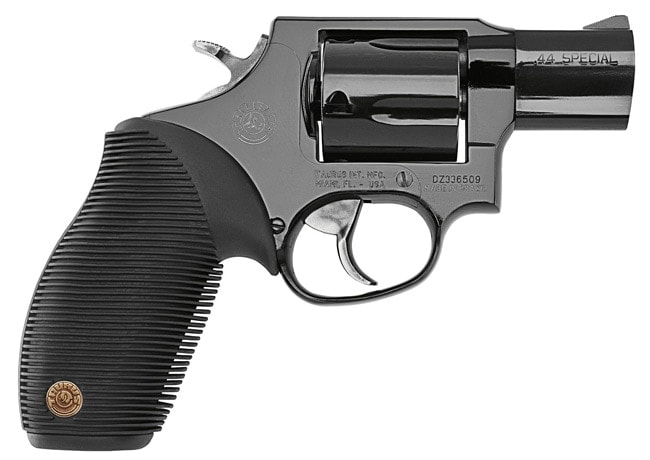 Ballistically speaking, the only significant difference between .44 SPL and .38 +p is the size of the bullet.  This isn’t a hand-destroying cartridge, just hand-indifferent (and nothing that can’t be managed even with a 22oz frame).  But there’s more to it than that.  .44 SPL isn’t a very mainstream round, which means there aren’t niche bullets, like all the short-barrel specialty self-defense loads common to .38 SPL, and given the short barreled nature of these guns, obvious advantages to the mainstream calibers. 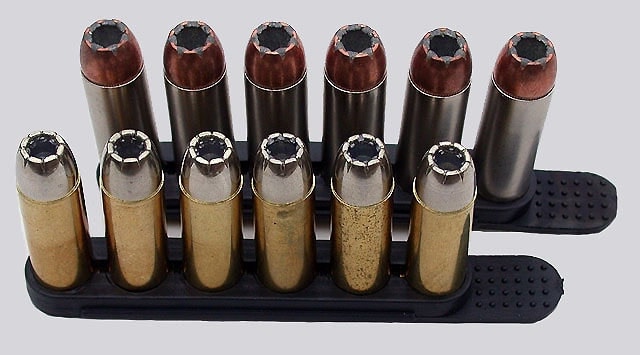 Taurus is a company that is nothing if not a caterer to niche markets, and without a doubt fans of the .40 S&W and .44 SPL will flock to these revolvers faster than you can say “Judge”. 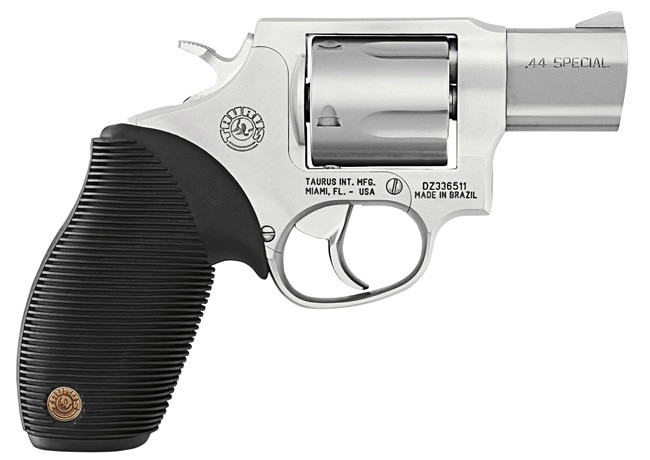 These are good, interesting revolvers, albeit more derivative than innovative. We just wish they’d focus a little more on some of the mainstream gaps in the market and exploit them.  While we’re wishing for things, we’d like Taurus to make a nice break-top revolver.  And hand them out for free.