Bump-firing is the technique of holding a rifle loosely, pulling forward on it with your support hand, and keeping your shooting arm rigid to use your rifle’s momentum to actuate the trigger in an automatic fashion.

Because it’s not a property of the gun, it’s totally unrestricted even if it makes your shooting inaccurate and a giant waste of ammo.

The Slide Fire is a device that controls the forward motion of the weapon, allowing the shooter to maintain a complete and stable grip to accurately operate the firearm at rated controlled by the shooter.  It’s a free-recoiling buttstock with a finger rest. 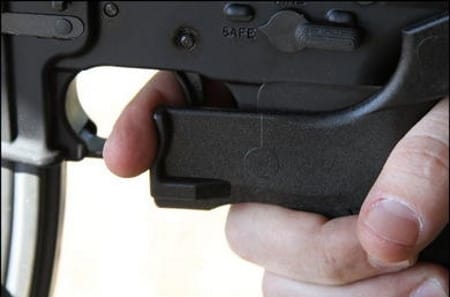 It can be used to effectively operate an AR carbine automatically. 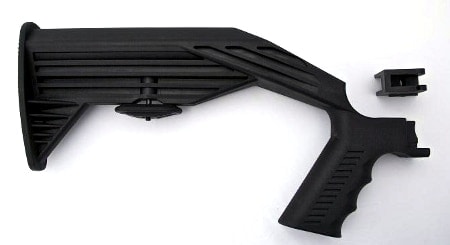 Yes, it’s expensive at $350 and ugly.  But it’s a whole lot cheaper than any automatic AR out there, which allows Slide Fire to put a premium price on their buttstock.

Slide Fire makes both left- and right-handed buttstocks, in case you’re in the minority and don’t want to be left out.  The Slide Fire is available in black and olive drab.  The Slide Fire also rocks your face.