An Englishman Not in New York: Nicky Gryspeerdt at the World Sporting Clay Championship in San Antonio

It is a long way from the beautiful rural chalk-land of Wiltshire in southern England, with its numerous relics of the Neolithic and the Bronze Age settlements and its history of daring smugglers, to the harsh hot sun of San Antonio, with its rebellious saga of cattle drives and exuberant lawlessness, but it is one that World Sporting Clay Championship competitor Nicky Gryspeerdt thinks that anyone in the United Kingdom who is serious about Clay Shooting should make. 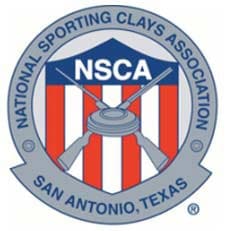 Slender, with brown hair, and a soft English accent Nicky is every bit an English woman in the US, but her golden ‘Texan Star’ belt-buckle immediately brought to mind that worn by Ol’ Augustus McCrae, the lothario and raconteur in Larry McMurtry’s Lonesome Dove, as she enjoyed the warmth of an unfamiliar blue sky, holding her gleaming 12 gauge Italian Perazzi MX8 shotgun with easy grace. 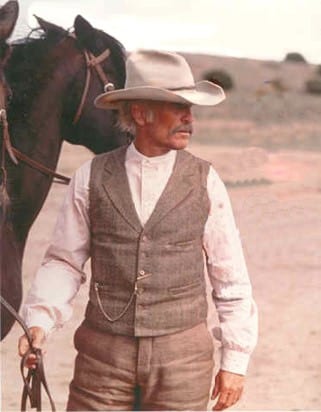 It all begged the question, exactly what brought this English woman from the soft country of Wiltshire to Texas, and what made her pick up her shotgun in the first place? 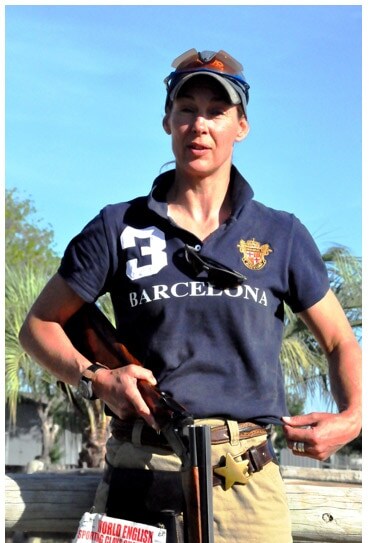 Nicky’s road to south Texas started a little over four years ago with a yearly charity shoot that she helps run in her home village of West Littleton for various local causes.

“I decided to try shooting rather than just do the organizational aspects of it, and the bug bit badly,” she said. “I just started from scratch – I had no gun, no nothing. Friends lent me their guns, and they showed me the basics. It is still not far enough gone for me to not to remember the feeling of hitting that first clay.” 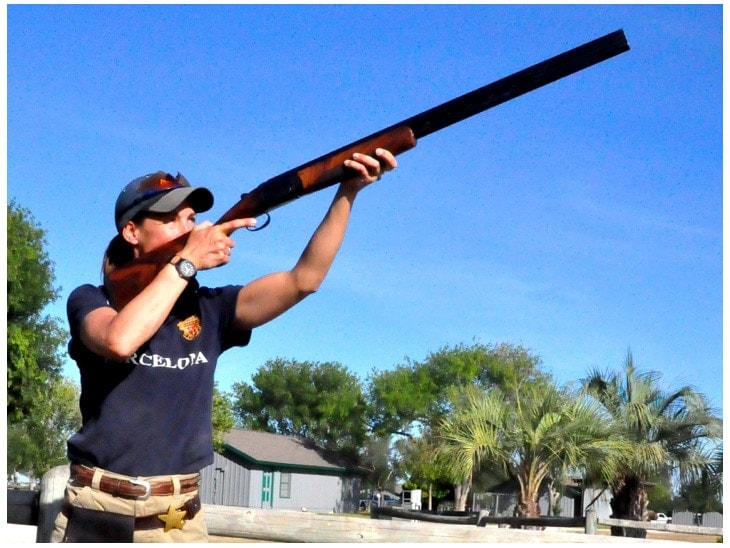 She laughed. “I pulled the trigger and it broke, and I turned around and said ‘I HIT IT!’ And my instructor said, yes you did…Now do it again.”

She also remembered how nervous she was when she first started shooting competitively; something that she says can hit any shooter at any time, no matter what their experience. 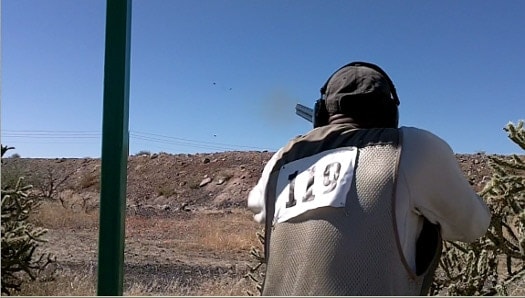 “If you think about any situations that you have been in when you want to do well – like a job interview when you really want that job – you get that feeling, those nerves – and that physical reaction is almost like an obstacle to what you need to do when you are out there,” she said. “

“They say that shooting is 80 percent mental and about 20 percent actually shooting. I was talking to an American shooter about it, and until you have been there you can’t imagine what the pressure is like. You’ve got people sitting in the amphitheatre all around you and you in a shoot-off for the Worlds, and you not hitting targets.  I have done a lot of sports, but the mental aspect of the game in my other sports has always been missing. To get to a position of strength in clay shooting I think that it is one area that you cannot avoid and just get by. You see some people out there that it just doesn’t to perturb at all, but they still do something…some form of pre-shot routine that they do in between pairs…that gets them into a place where they can just let go, and perform, and do what they need to do.” 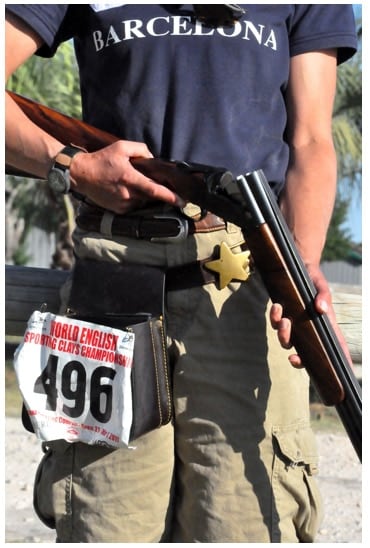 According to Playwright George Bernard Shaw America and England have always been divided by a common language, but according to Nicky there are more similarities between UK and US shooting instructors than differences.

“It’s an interesting question,” she mused. “The American versus the English way of teaching…”

“Here in the States there are more volume classes and it is all about getting the fundamentals trained.  I have seen some big differences in the style of shooting here, a lot of shooting ‘gun up’ all the time.  They have got the gun jammed into their shoulders – especially the ladies – but they hit the clays – so they must be doing something right.”

“Whereas I have not seen that kind of style in the UK, so there is different form. Americans are very solid on their guns, very forward, whereas in the UK we are much more upright, and more relaxed. But I think that fundamentally what instructors teach will always be the same. How they choose to describe it and the words they choose may be different, but everybody is trying to get you to do the same thing…hit the target.”