Only weeks ago, the Illinois State Legislature was mulling a bill to allow concealed carry in the Land of Lincoln. In a change of course, the Illinois Senate voted this week to extend the powers of the Firearms Owners Identification Card Act, known commonly as FOID, to prohibit persons convicted of domestic abuse from purchasing firearms – for life. Furthermore, firearm owners convicted of like crimes would see their guns permanently confiscated. But the current bill’s powers wouldn’t end at restricting convicted criminals’ gun rights. Anyone against whom an order of protection is issued – also known as a restraining order – will also have to surrender their FOID card and firearms for the duration of the order. 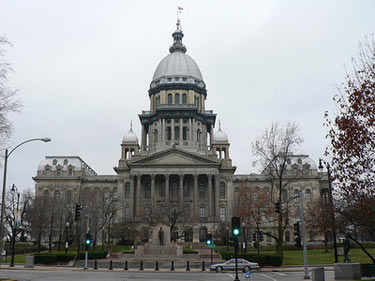 House Bill 3365, previously passed in the Illinois House of Representatives by a landslide vote of 108 to one, was approved in the Senate by an equally convincing margin of 55 to one. The bill serves as an extension of existing Illinois statutes, which currently stipulate that those convicted of domestic abuse must surrender their right to own a gun for five years. However, the measure revoking FOID cards from persons against whom a restraining order is issued represents a new and broader extension of Illinois gun control. The bill will now head to the desk of Governor Pat Quinn for approval. 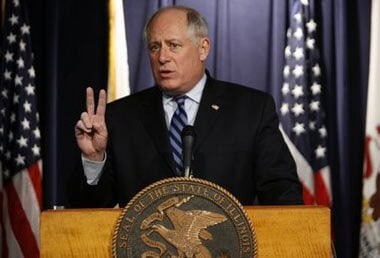 The move may come as a surprise to 2nd Amendment and gun rights proponents, many of whom had expressed cautious optimism as the Illinois House recently mulled a bill that would have permitted concealed carry of handguns in the state. Indeed, support for such a mandate appeared to be gaining increased support in the weeks leading up to a vote. But supporters’ excitement quickly turned to disappointment last week when the Illinois House narrowly struck down the concealed carry measure; the bill garnered 65 “yes” votes to 32 “no” votes, but needed 71 votes in favor to trump the regulatory authority of local communities.

In a stark turnabout, House Bill 3365 will further restrict gun ownership in the 21st State, stipulating that  “A person who has been convicted of domestic battery, aggravated domestic battery, or violation of an order of protection shall not be able to obtain a Firearm Owner’s Identification Card and any Card issued to such person shall be subject to revocation and seizure by the Department of State Police regardless of when the conviction occurred.” 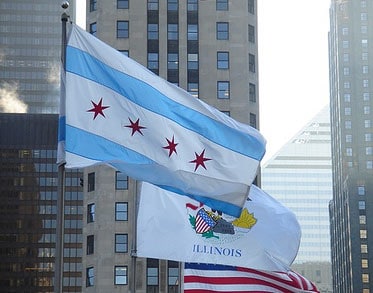 Those who had hoped the state might ease strict gun control measures have expressed alarm and frustration with the recent developments. Some have voiced concern regarding the newest prohibition for someone against whom a restraining order is issued, especially in light of the perceived ease of obtaining such an order by a plaintiff. 2nd Amendment supporters have long bemoaned Illinois’s tough gun control laws, which are some of the stiffest in the country. Indeed, Illinois is poised to become the only state devoid of a mandate permitting concealed carry, as the Wisconsin State Legislature is currently considering a proposed measure allowing the practice.