A bill recently introduced in and passed by the California Senate would prohibit the sale or possession of black airguns, and would require such mock firearms to be painted with alternative, bright colors. The bill would also redefine the definition of BB gun, thereby encompassing BB and airsoft guns under the same regulation. It is currently illegal to sell or distribute imitation firearms in the state of California, a rule that has led to the ubiquitous red tips required for the airguns and BB guns in California and elsewhere. 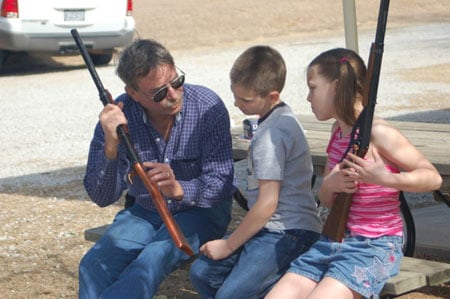 California Senate Bill 798, would prohibit the “sale, manufacture, transportation, receipt, or distribution of…any instrument that expels a projectile, such as a BB or a pellet, through the force of air pressure, gas pressure, or spring action, or any spot marker gun… [that is] so substantially similar in coloration and overall appearance to an existing firearm as to lead a reasonable person to perceive that the device is a firearm.” Furthermore, the bill stipulates that the exterior surface of like devices be “white, bright red, bright orange, bright yellow, bright green, bright blue, bright pink, or bright purple, either singly or as the predominant color in combination with other colors in any pattern.” 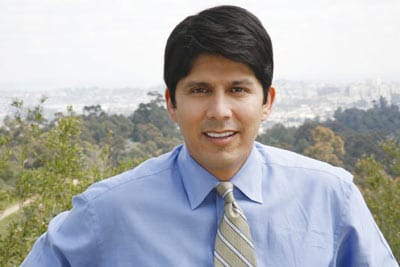 The bill, proposed by Senator Kevin de Leon, was crafted in a response to an unfortunate incident in December 2010 in which three young boys were playing with airsoft guns in a California public park. As darkness fell, several police officers approached the boys and asked them to put down the “guns.” Although two of the youths complied, one boy failed to surrender his airsoft gun, and was shot by an officer. The boy survived, but was severely injured in the melee. 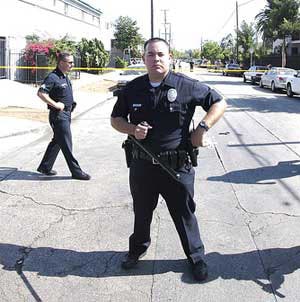 Kevin de Leon expressed optimism after the bill was passed in the Senate Public Safety Committee, stating “SB 798 will help keep our communities safe…Today’s vote brought us one step closer to preventing tragic accidents, especially the shooting of minors and young adults, by law enforcement officers.” The bill was reportedly proposed at the behest of Los Angeles Police Department Chief Charlie Beck after the aforementioned December, 2010 incident. But the legislation has drawn outcry from Second Amendment proponents and airsoft aficionados alike. Even the NRA has come out in opposition to the bill, perhaps marking the first time in the organization’s history that it has taken an active stance on airsoft. 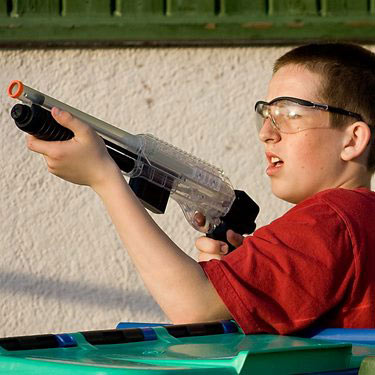 Dwight Chaddock, vice president of Southern Tulare County Sportsmen’s Associated, strongly criticized the proposed measure, stating, “This is just another way bleeding-heart liberal are screwing up America …Guns aren’t supposed to be bright orange. A bright-colored gun doesn’t prepare kids for what real gun will do.”

Senate Bill 798 will now head to the California State Assembly.