The Official Decoys of the NRA: FUDs or Fold-Up Decoys

According to Webster’s Dictionary, a “decoy” is “the use of any artificial bird designed to lure in live birds within shooting distance.” To virtually all of  us waterfowl  hunters, they are a necessary evil that are expensive, big, bulky, heavy, hard to carry, and list or sink with the first few pellets in them.

Other than that, you spend a lot of time rigging them up, and placing them out in front of your blind, and often times they look like a line-up of cheap plastic “toy soldiers,” where birds will look, circle around, and at the last minute, decide that something just does not look right. 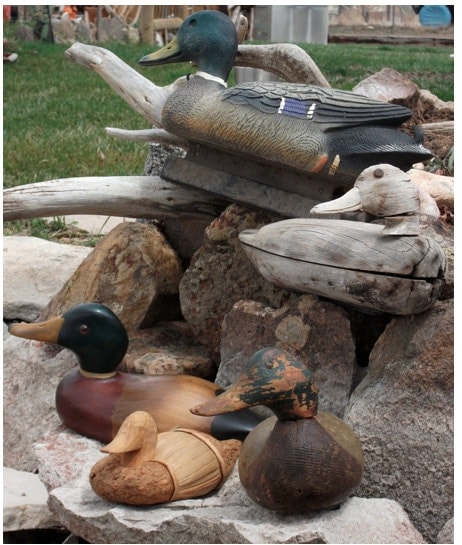 Decoys have been around for hundreds of years. Native Americans used decoys fashioned out of grass, reeds and cat tail stems. Market hunters used to make them out of wooden blocks, and sportsmen made them into more realistic look-alikes and even into true works of art. Then in the 1970s, the decoy market really took off with the introduction of the plastic blow-molded models. Today, hunters have a choice of plastic floaters, inflatables, silhouettes, Styrofoam, rags, magnums, super magnums, shells and even artificial motion models.

Only problem in addition to everything I listed before is they are time consuming to assemble; pieces and parts go missing or are lost; they often fade due to lack of UV coatings; get cracked and even lose paint with the slightest banging about in your decoy bag.

How many hours have each of us spent before and during any of the waterfowl seasons making repairs and touching up paints? As I said earlier, decoys are a necessary evil, but that doesn’t mean I have to like it. 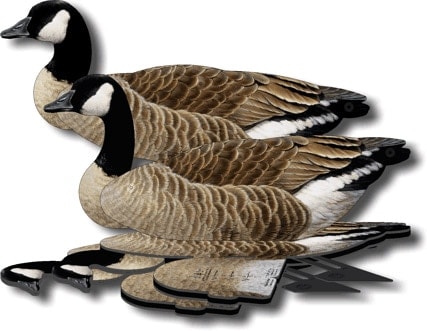 Today, and finally, new technology has arrived for us with a disdain for having to carry 60-pound decoy bags on our backs and feeling like a soldier headed to the field on an assault mission. They are the NRA FUD decoy systems. FUD, or Fold Up Decoys, combine life-like vinyl printing (no paint knicks) onto a fold-out three-dimensional life-like decoy that sets up in seconds, weighs virtually nothing even if you are carrying lots of them into the field, and then fold up flat for transport out of the field at the end of the day. Best of all, they can be multi-positioned on the water on the land to actually look like and simulate a bunch of real birds. 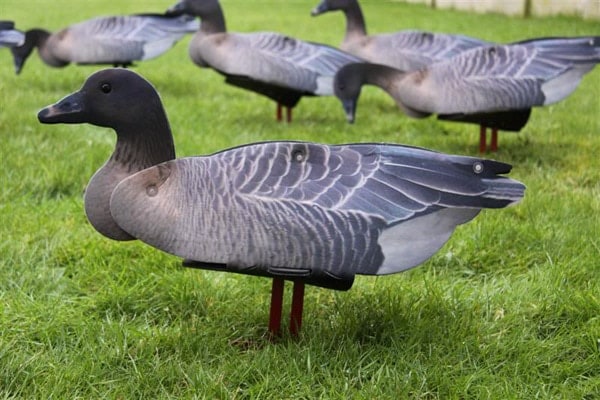 As an added bonus, they are actually the “official decoy” for the National Rifle Association (NRA) with profits of their sales going back into the organization to help protect hunters’ rights. When I showed up before dawn on one high-mountain waterfowl hunt carrying three 6-pack boxes of the FUDS, my hunting companions were snickering at me, until I showed them how easy they were to rig up, clip flat onto my utility belt and backpack, and we used flashlights to actually compare the realistic characteristics between their “floaters,” and the FUDs. 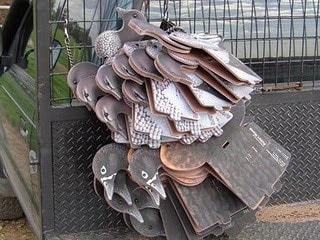 Once we left the parking lot and headed down to the water, it was kind of fun to keep harassing my friends—each with a bag of decoys the size of Santa’s Xmas bag that clunked so loud that any birds on the water could hear them coming from a quarter of a mile away.

While by comparison, the FUDs rode on my belt and backpack like there was nothing there and in complete silence to boot.  Down at the water, I simply unhooked the FUDS, slid out the internal anchoring system that folds up in the body cavity and positioned the heads so I had a couple on the shore looking like they were feeding.  I carried the remaining FUDS with me in 1 load, as I quietly waded out and positioned them as floaters, feeders, swimmers and even a couple with the heads into the water and butt up. 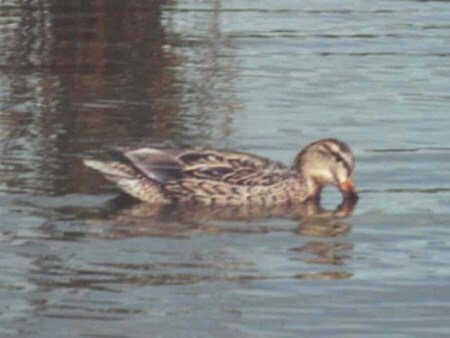 In less than 15 minutes, I was back in my blind and ready for legal shooting time. Across the lake, I could hear my buddies splashing, crashing, throwing the heavy decoys to each other out into the water and getting their set ready.

Legal shooting time arrived, as a half-dozen, early-riser green-wing teals buzzed my spread and Kat and I each took one bird out of the flight. Across the lake, all I could hear was a bunch of cursing and loud splashes as our friends abbreviated their decoy placement actions, quickly tried to stomp back into their blind and get ready for anymore birds. 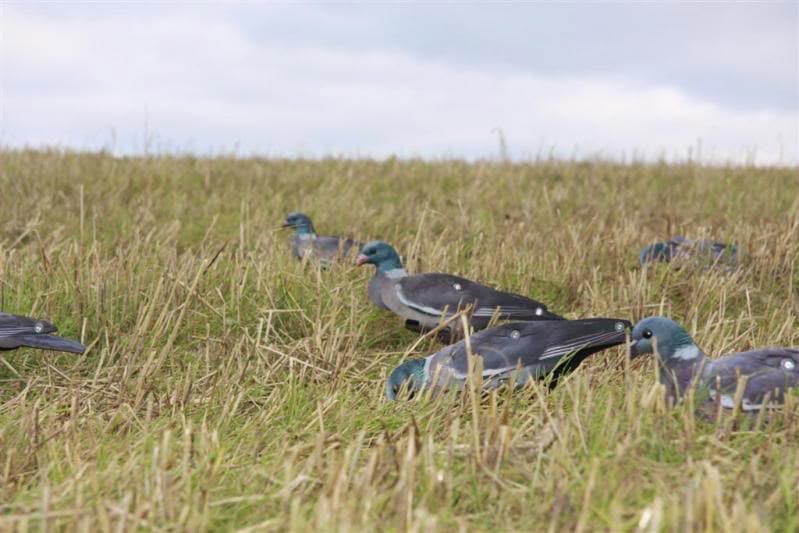 Guess who was snickering now? As the light became better and Kat and I could look across the 300 yards from our blind to our friends, it suddenly hit me that their spread—while following all the rules of setting out decoys, complete with a “hot zone” for birds to land in—looked like a spread of clones. Each bird looked just like the others, and lacked the realism of what you are really seeing when you catch a bunch of birds on the water. No butts up, no feeders, none at the water’s edge. Just a bunch of identical swimmers with bills parallel to the water and bobbing around! 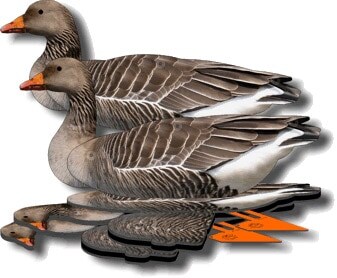 While shooting action was not “red hot” that morning, both our groups realized that the flights of mallards, teal, spoonies, and widgeons that came in, liked our spread a lot more than the other guys. It was all the proof any of us needed.

On the NRA FUD website at www.nrafud.com there is a ton of information about all of the various duck, dove, geese and even turkey decoys available. In total, there are 28 different bird offerings at present, but accordingly to the info at their site, more are planned for in the future. There’s also information about using the FUDs, lots of hunting tips, and even a section on decoys that are being made for water fowlers in Australia, New Zealand, Canada, Europe and Russia. 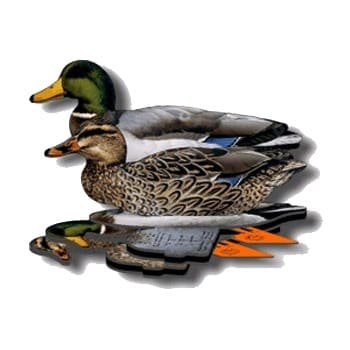 Just goes to show, waterfowl hunters around are world are discovering a better way to hunt and realistically “decoy” birds into the killing zone.